Not in Warley Anymore!

The bad news is that due to frankly unforgivably bad planning on my part this year I managed to miss Warley.

The good news is that I at least found myself on holiday in Cuba instead, although my hopes of finding anything interesting on the railway front were low given our planned itinerary, especially with the amount of time scheduled for me doing something called "Just lying on the beach with your wife" 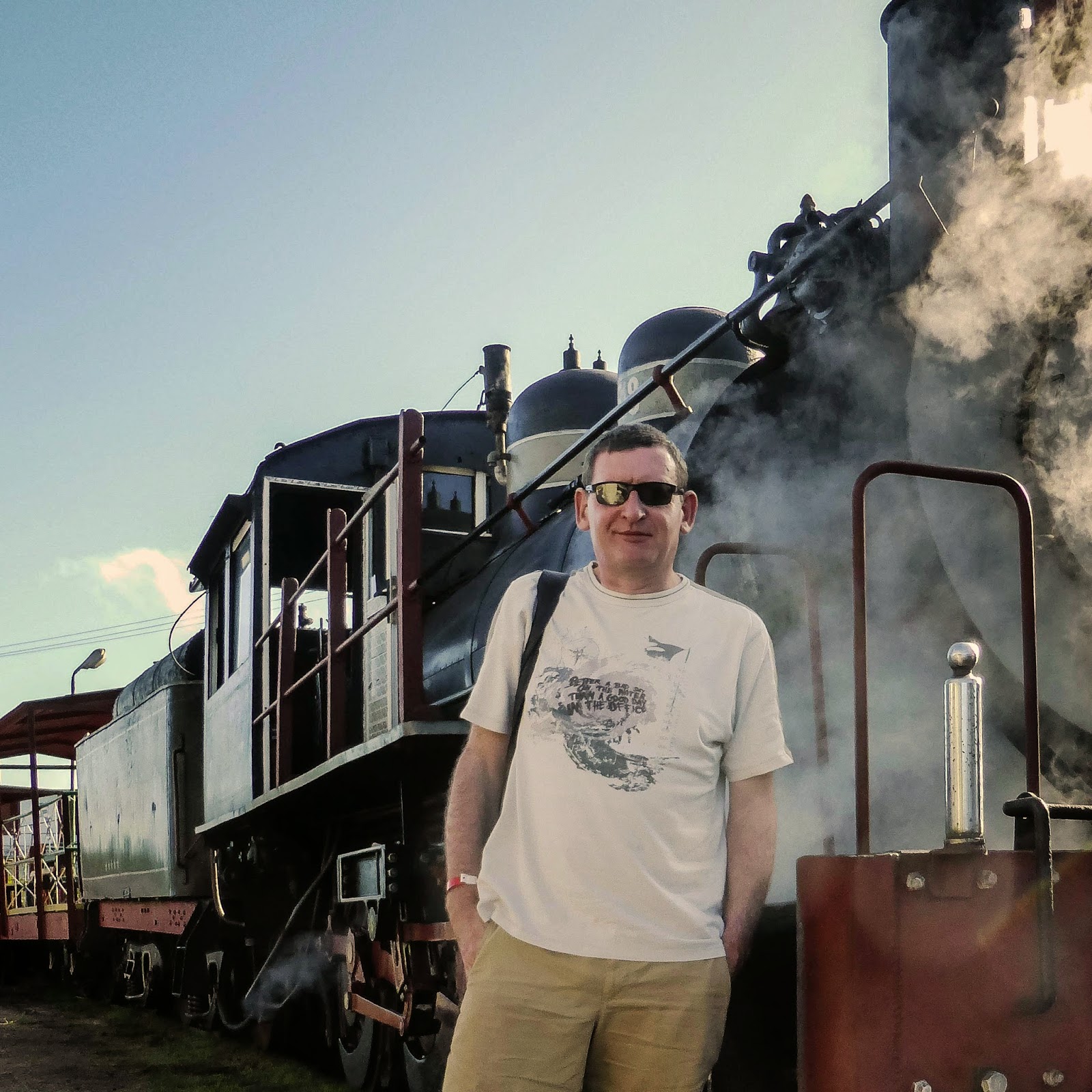 The photo is probably a bit of a clue that I found more than I bargained for. I haven't checked through all my photos yet but I think In all I saw around thirty steam engines, though only this one in steam.

Here is a taster of what is to come when I find the time to post the full details. 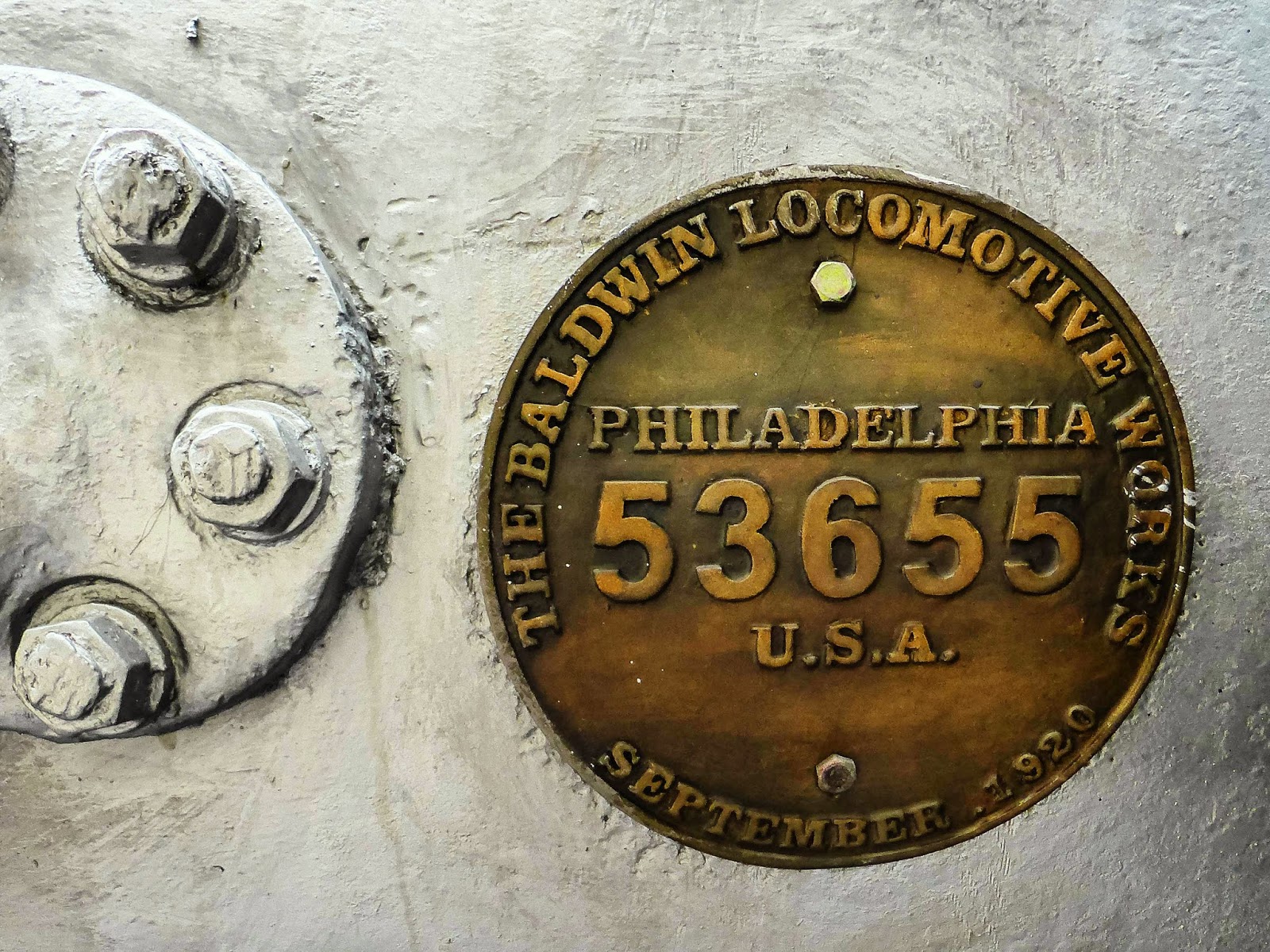 Posted by James Finister at 14:55 No comments:

Anyone who has been to India will tell you how hard it is to capture the essence of the nation. I'm sat here twelve hours after getting back to the UK from my latest trip and already the experience has taken on a dream like feel. As Galbraith once said "Everything you know about India is true, and so is the exact opposite"

I think most of us respond to the complexity of India by imbuing individual experiences with some sort of universal meaning. So it seemed entirely unsurprising that in a two and a half hour long bag drop queue for passengers that had checked in on line I should run into an international expert on process optimization. As I pointed out to him later the odd thing is we all still managed to catch the flight.

Yet somehow on all my trips to India railways barely register with me.

This time my hotel did at least look out on to the new Bangalore Metro. 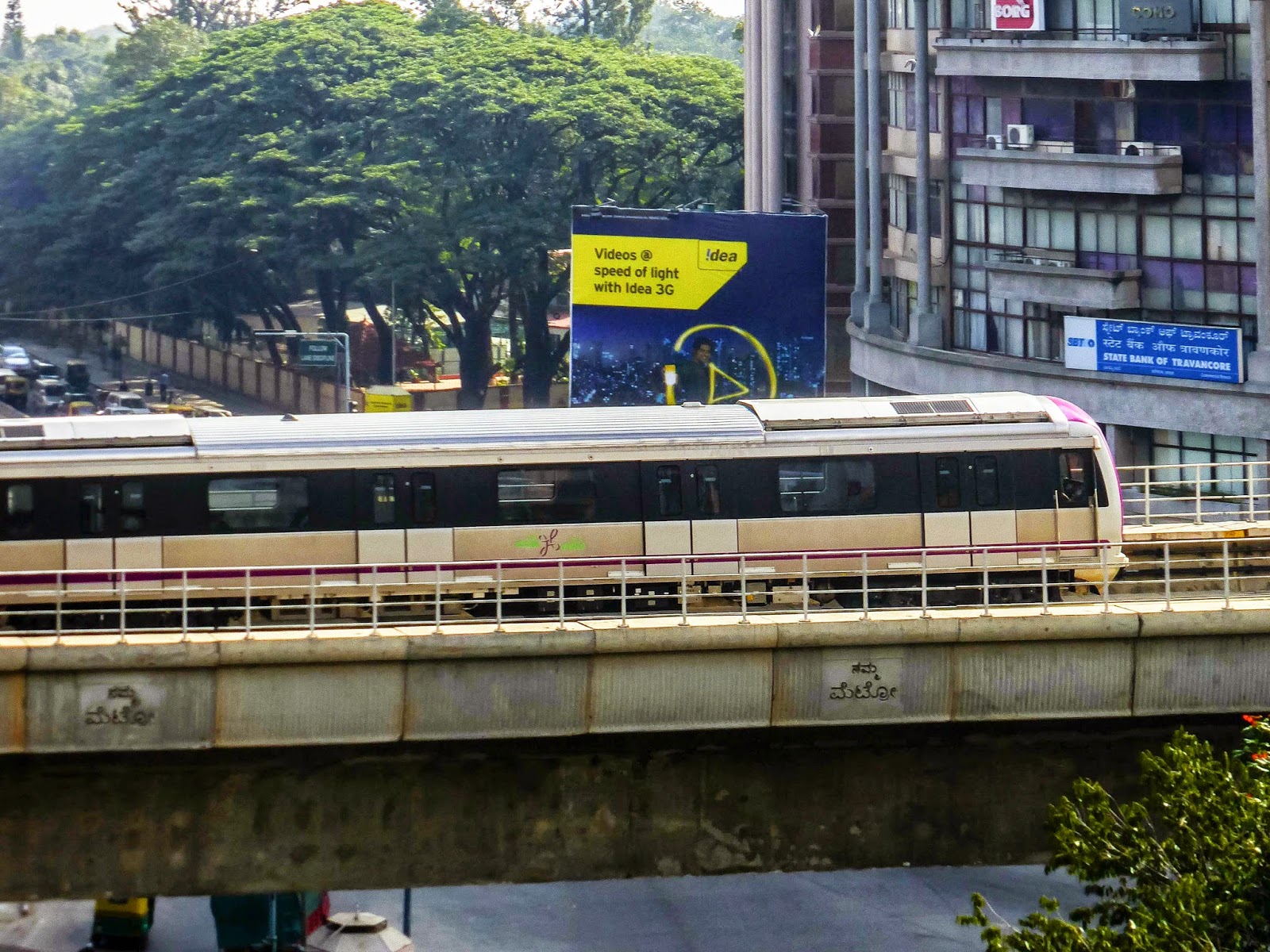 Modern trains, no crowding, quiet and quick. India is changing. My advice is to go now and go again in ten years time. You won't recognize it.
Posted by James Finister at 07:52 No comments:

I really thought when I got back from my Australian jaunt that I would have a chance to get down to some serious modelling.

I should have known better.

Shuttling between the UK and Europe on a weekly basis and working weekends have really made life difficult.  At least this week I'm heading out to India, which is always great in a chaotic sort of way, but it also means I won't be home until Saturday evening.

And then I'm off to Cuba for a proper holiday, which really should be fun, especially since it will only be the second time in my career that I've taken two weeks off work.  I'm not quite sure how I'll cope to be honest. Suffice to say I've been loading the Kindle up with reading material for the last few months.

Whilst I miss the time to get things done I find what I'm really missing at the moment  is the time to think. Now I know my ratio of thinking to doing is nothing to be proud of, but it works for me. I actually thought that I'd got a lot of the thinking done before going to Oz, but since then a number of things have changed.

First of all I've made the choice to go with the Tim Horn baseboards for now. That has meant a few subtle changes to the track plan but they've all been done and I'm pretty much ready to go.

Well I was, and then MRJ 233 came out with Howard Bolton's article on track laying. His approach makes a  lot of sense to me, especially since I'm using Templot to design the layout rather than individual templates.

Part of the attraction of his approach is the integration of laying the sleepers with putting in the point rodding, but then that means getting the design of that right early, which in turn has made me realise I still don't know anything like half as much about the subject as I need to know to get by and not make a dreadful faux pas.

A very positive development is that Lcut have now had a chance to start work on providing replacements for the Prototype Models kits suggested by Roy Link for the original The Art of Compromise. The first of these is the station shelter from Wilmcote which is now available from them. Given the price of £12 and the way they have reused the standard parts in their range I'm very pleased with it. The two alterations I'm planning to add to my review copy are the addition of a chimney and altering the angle of the canopy.

As you might have gathered this model is a direct result of my conversations with them following my build of the signal box, as is the next interesting development, a roadbridge based on the ones found on the Fairford branch that provided the inspiration for TAoC. Along with their standard platform kit, and a cut down version of their small signal box these models are all intended for the first iteration of TAoC, although I'm also planning for them to find a long term home on my next Apa box project when I convert TAoC over to using Tanat valley structures.

Which brings me to the less positive changes. Mainly Trains are running down their range, and Comet Models have been hit by the sad death of Geoff.  It is a timely reminder of how much we owe to our small suppliers, and how lucky we are to have them.

I hope a way is found the Comet range to carry forward. In my few interactions with Geoff he came over as someone who really understood the issues faced by the modeler taking the first steps towards greater fidelity.

The impact of the run down of Mainly Trains seems to be the loss of the various odd but extremely useful products developed for them by Iain Rice. The 14xx detailing kit in particular has hit my plans hard but so has the demise of his wagon detailing frets. And then there is the demise of the MT chassis kit for the GEM Tanat Valley 2-4-0 - a piece of news that was delivered to me on the same day as the GEM kit.....

I'm now regretting not getting to Scale-forum and being in Cuba for Warley because my gut reaction is to run around and stock up with a host of bits and pieces, as well as placing a bulk orders with C+L and Ultrascale.

My one silly pressing need, BTW, is a source of etched steps to fit on the front of the 14xx's tanks. Any ideas?

So plenty to ponder during the next ten hours at 30,000ft.

Posted by James Finister at 05:55 No comments: