It turns out I was Oh so right! about the impact of Issy's she-shed/caravan on my time. I hate being right in that way. I suspect it means I will run out of time to get anything meaningful done on the ELR this year beyond building a few track panels and coming up with yet another plan to exploit the space created by the goats and their wake of destruction.

On the 7/8ths front I'm at that odd point where the wagons just need a few finishing touches that I keep putting off. All I really need is a single day off when I don't feel shattered and my muscles aren't shaking from the use of garden machinery.

I have just found enough time to more firmly fix the layout for the first attempt. 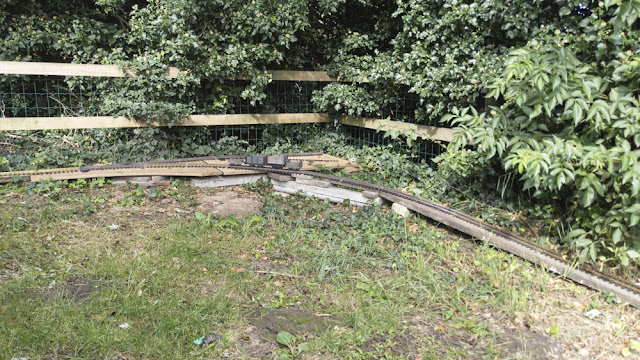 Once the ground becomes workable again I'll give it proper foundations and then landscape it, but for now I'm just marking my territory. As before, what you see is pretty much the entire line but that is all i need for now.

One thing it it makes very clear is just how small the Model Earth wagons are compared even to the Sand Hutton/WD wagon. Their future lies on a photoplank for inside the studio.

I was going to donate an offcut of the marine ply to the caravan, but the more I look at it the more I think it deserves to become a corner shelf layout. 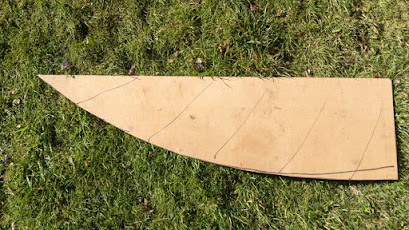 What I'm not sure of is what form it will take. I could use that curve either to reflect the flow of the track, or as a theatrical framing device.


Posted by James Finister at 06:35 No comments:

I guess my colleagues will tell me the title of this post should really be Minimal Viable Product.  That is the idea of building something that just about holds up to scrutiny but isn't yet fit to sell. It lets you see if the concept works, but if it doesn't you "fail fast" and learn lessons without falling foul of the sunk cost fallacy.

I've got a fair amount of LGB track in stock. It was bought with the short-term intention of using it to run-in Peter Jones and to visualise some possible locations. The longer-term intention involves grandchildren and a well known blue engine. After all, I started off with the old Meccano clockwork Percy. 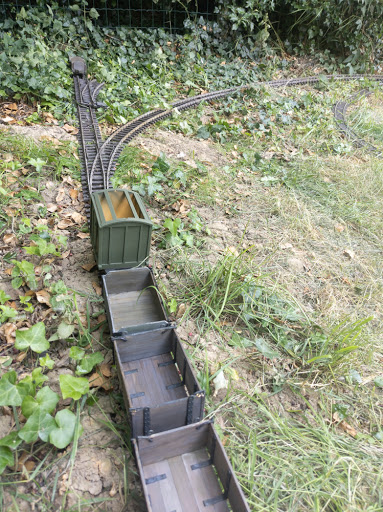 I had been shifting towards hand-building the track from day one. Issy's latest enthusiasm (Poop Poop said Mrs Toad) means I'm going to be time poor for the rest of the Summer which has put paid to that plan. I've also got a nascent idea for a better location for the line in the long term and I don't see the point of building track until then. So I'm back to using LGB as my proof of concept and to get some sort of 7/8ths line in place to help my thinking.

I'm also warming to that idea of a little 16mm line in one of the raised vegetable beds. Teddy seems quite supportive of the concept. 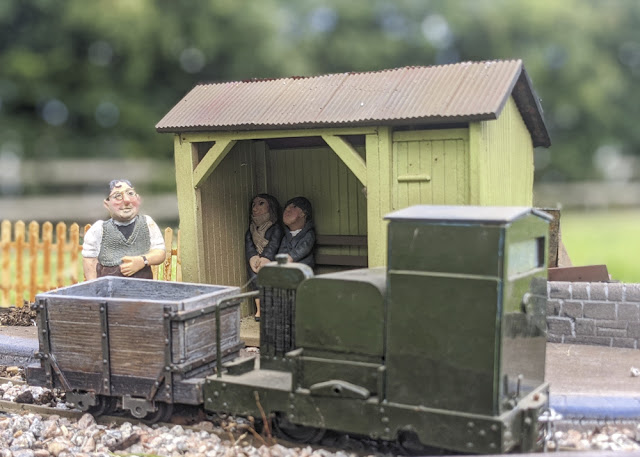 Progress is well underway with building the 7/8ths wagons, which means it is time to start thinking about building a railway to run them on.

This is an evolving process and I don't have a definite plan in mind yet. The mist has cleared a little though.

The first iteration is going to be kept simple so I can try out some ideas, especially around track building. A short continuous run to allow Peter Jones to run, and a long siding leading to a basic yard or quay. It is going to be a mineral line, so no station. Whilst it is going to be a ground-level line the construction will have to take into account how much the ground moves in these parts.

What I'm most worried about at the moment is not copying recognisable aspects of other 7/8ths lines. For instance, there will be no preservation society sharing the line. There is some stock already built that I might dispose of because they seem cliched now..

A bit of an accident meant that I had to recover a lot of my olf 16mm stock from a watery grave. As is often the way a coincidental event meant I came across some old photos of it in use. 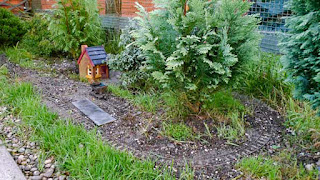 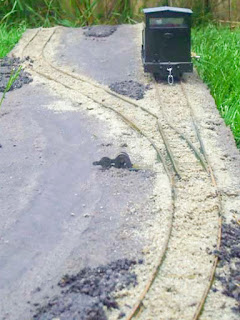 As well as summing up my less is more thinking they might even make me consider a very simple battery operated line gfor one of the raised vbegetable beds.
Posted by James Finister at 02:59 1 comment: 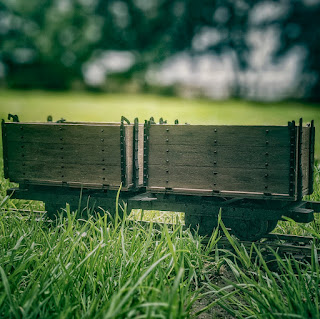 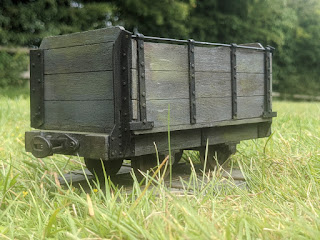 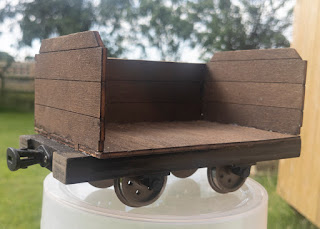 
Posted by James Finister at 13:09 No comments:

For someone who does not believe ghosts exist I've lived in a lot of haunted houses. Visitors to the cottage have often got very little sleep, and we give them the "quieter" of the bedrooms. Things certainly have a habit of disappearing and then reappearing in ridiculous places. it seems the new studio is not immune from this activity. Hence this post is not about batch building wagon kits for there 7/8ths line, because several bits of the kits have gone missing since construction started.

Even without supernatural intervention things were not going smoothly. All the kits involved are very good, in their way. But next time  I would build them in a very different ways than suggested by the instructions. If there is a next time, because once this batch is finished there really isn't much more stock I think I need apart from a workmen's conveyance.

What I have finally managed to make progress on is a Hardy's Hobbies figure. I was originally intending to put him in the cab of a loco, but he is rather tall. 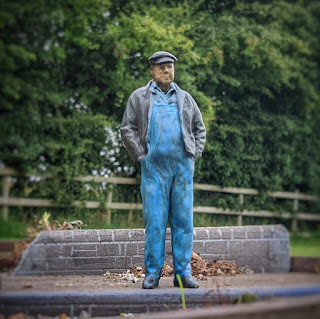 Meanwhile, in The Repair Shop, a quick job for my beloved. Oddly painted in the same basic colours as the 7/8ths figure. 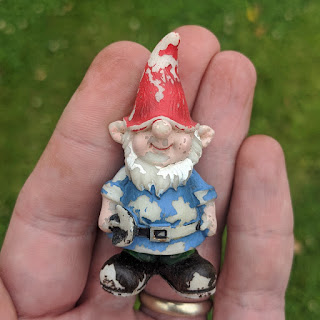 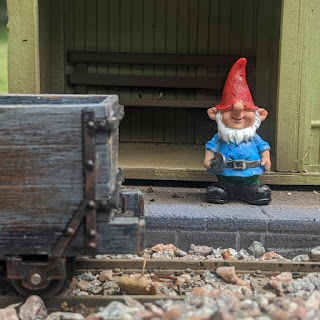 Posted by James Finister at 04:58 No comments: 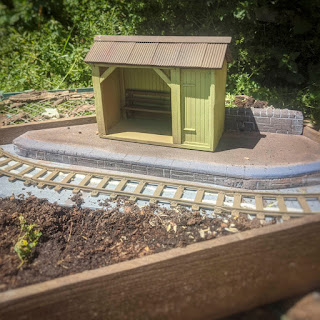 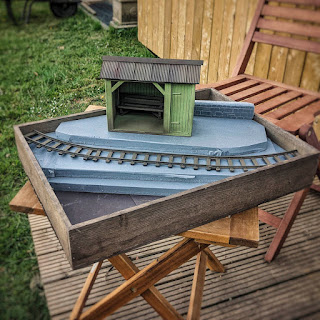