It was with some trepidation I set off this morning to Bracknell on my first ever visit to an expoEM.

The trepidation was for two reasons

The first being that I didn't really know what to expect from a show like this, though having looked at the show guide I could see that the layouts on show were just the sort that appeal to me and that there were also several traders I wanted to do business with.

On the other hand it only fills one hall and Bracknell is a bit of a hike by public transport..

More worrying for me was how my new camera would perform. I've only had it a few days and I've got some concerns about the sharpness of the images it is producing. Also, although it isn't a DSLR, it is still quite a chunky piece of kit with the zoom lens attached, and I'm not a fan of people with big cameras at exhibitions. I actually think that given the difficulty of getting into an ideal position to take a shot that most of the time you are better off with a good quality compact camera.

I'm glad to say that the exhibition was well worth the journey, and the camera seemed to perform quite well. At least I didn't feel the need to revert to my back up camera which stayed in my bag the whole time, slowly being joined by various small purchases.

Finding the venue was easy, I just followed the trail of elderly men dressed in tweed.

The first layout as you entered the room was actually one of several  P4 ones, Brixcombe. I must admit I didn't realise that at the time though he flow of the track work might have given the game away. 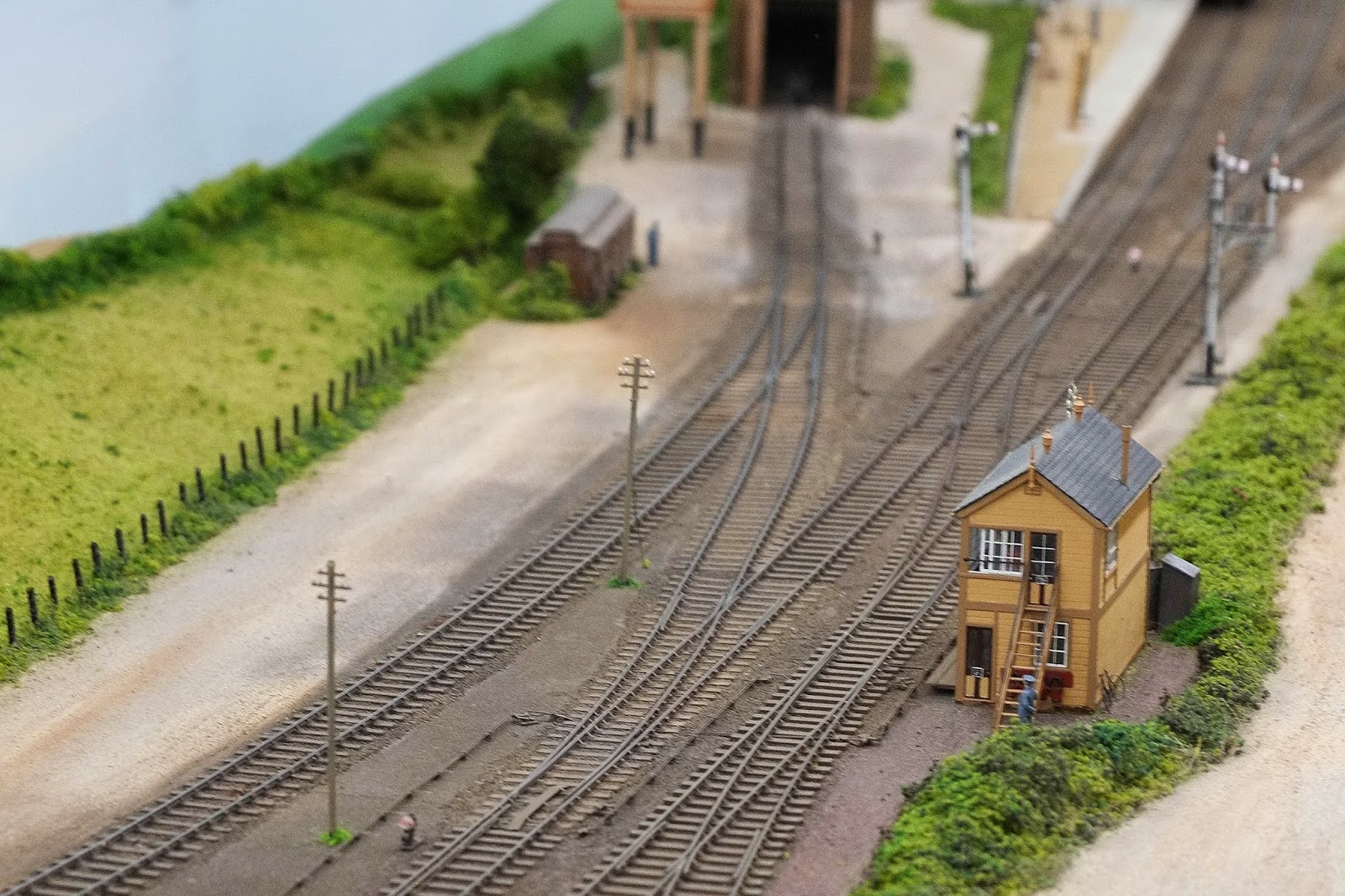 I also rather liked the goods shed. Here is an example where the camera proved its value, managing to expose for both the exterior and interior of the shed. 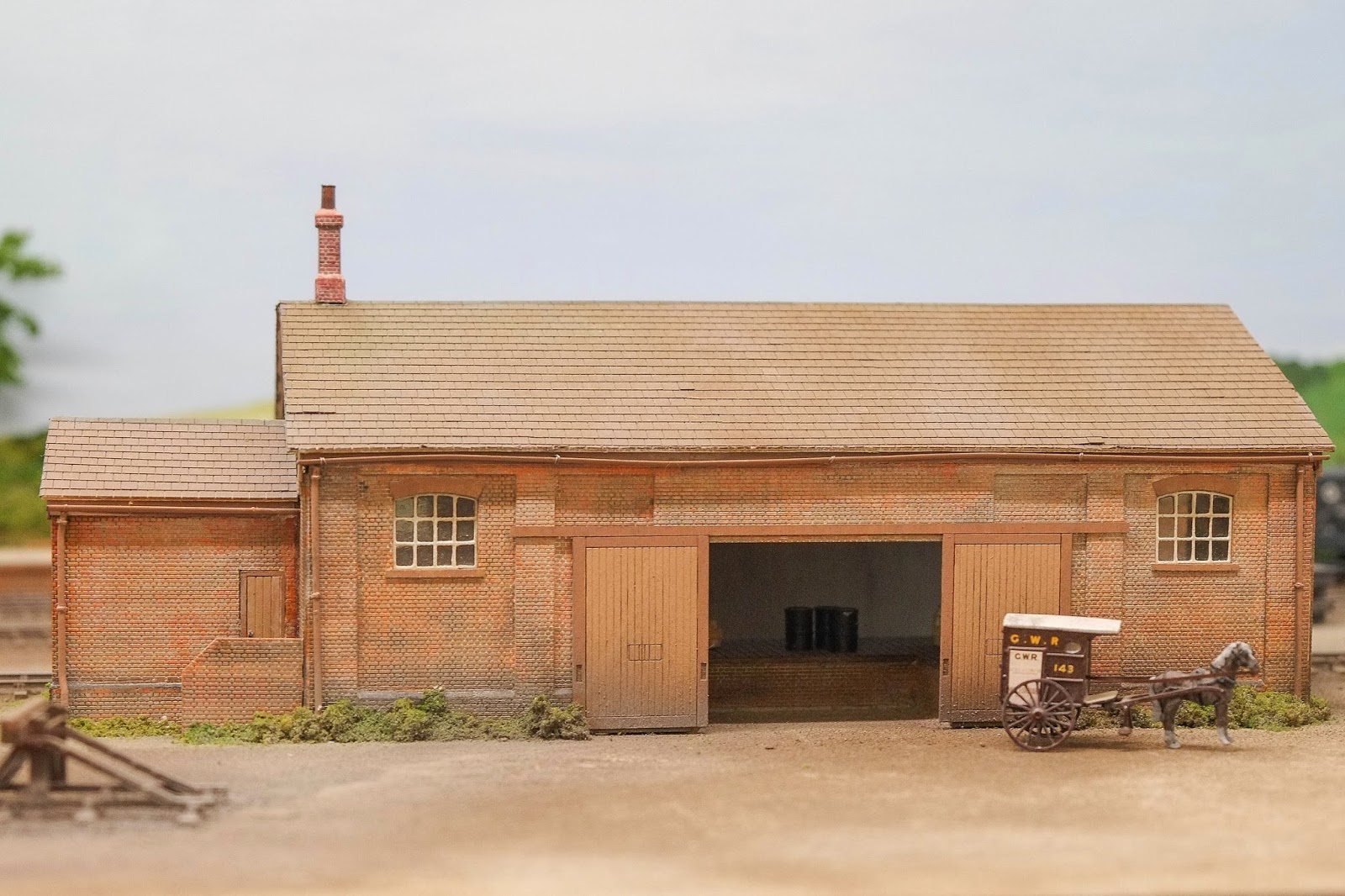 And this was a gem of a train. There is just something about GWR locos from this period. 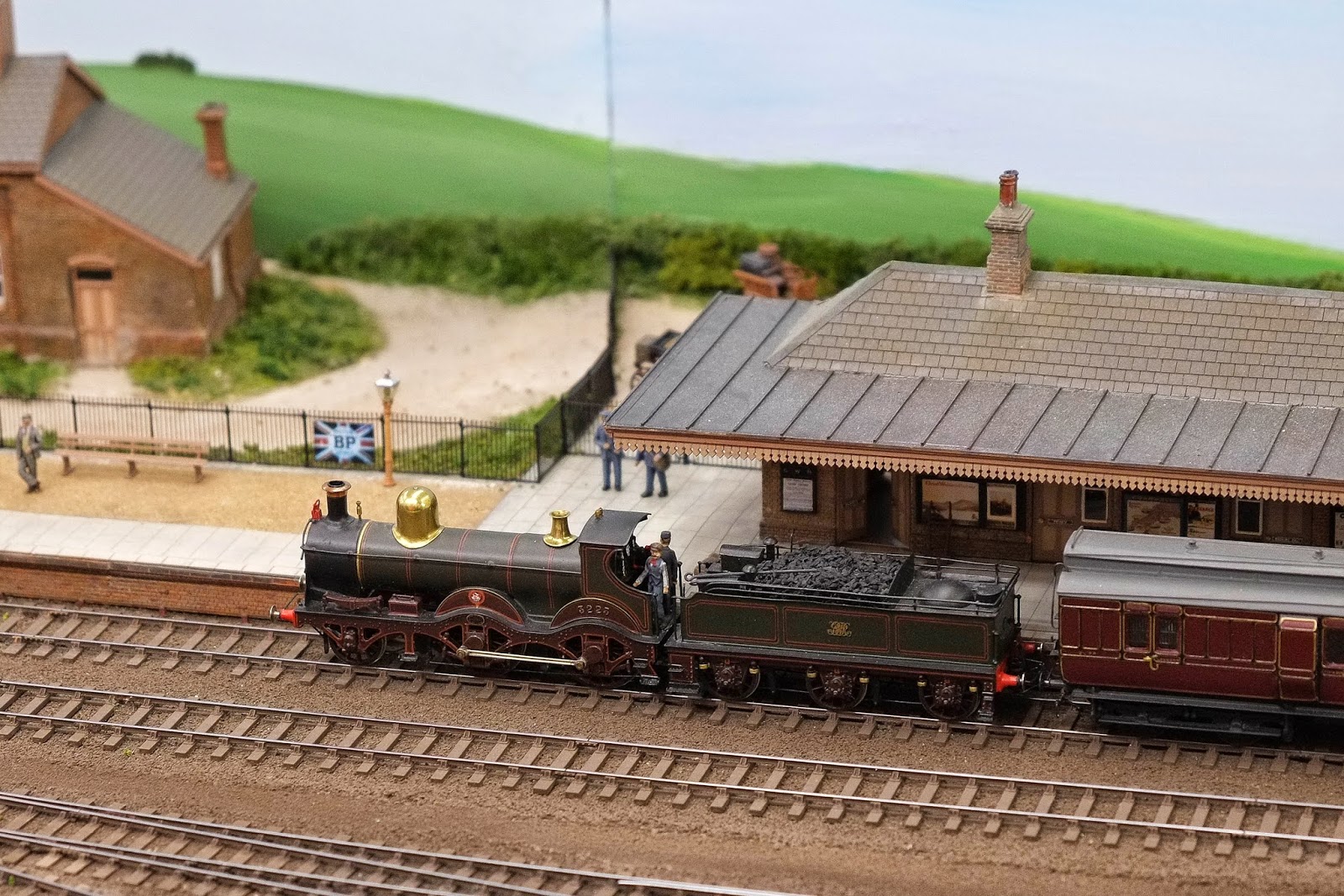 The largest layout on show was the modern image Calcutta Sidings, as featured in this month's MRJ. Now I don't know why but although the modelling was almost all of a very high standard the whole seemed less than the sum of the parts to me. I wonder if some of that is because modern image layouts are beginning to feel too formulaic? Too often they centre on a low relief industrial complex of some sort. The bridge is the work of Tim Horn. 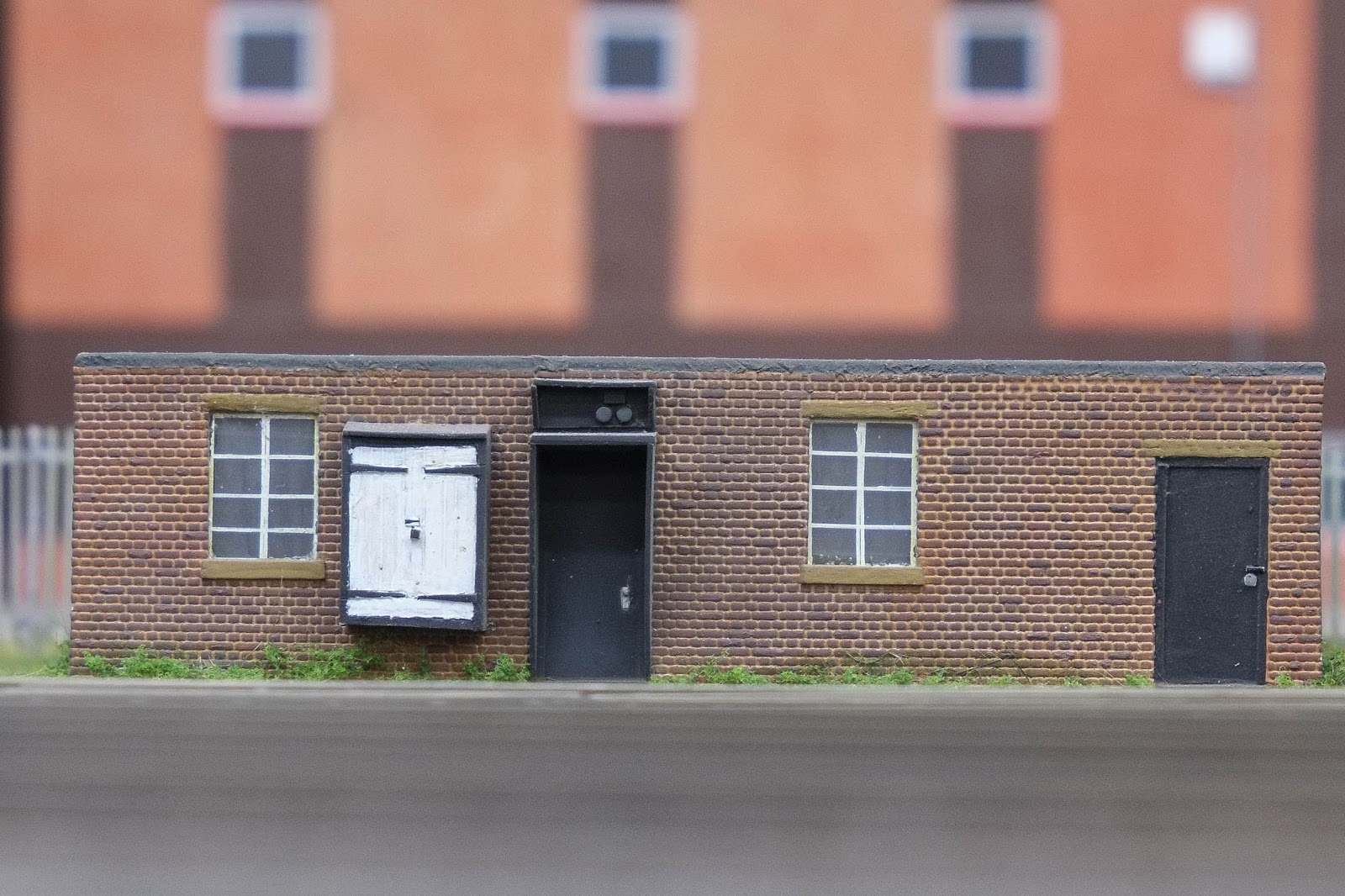 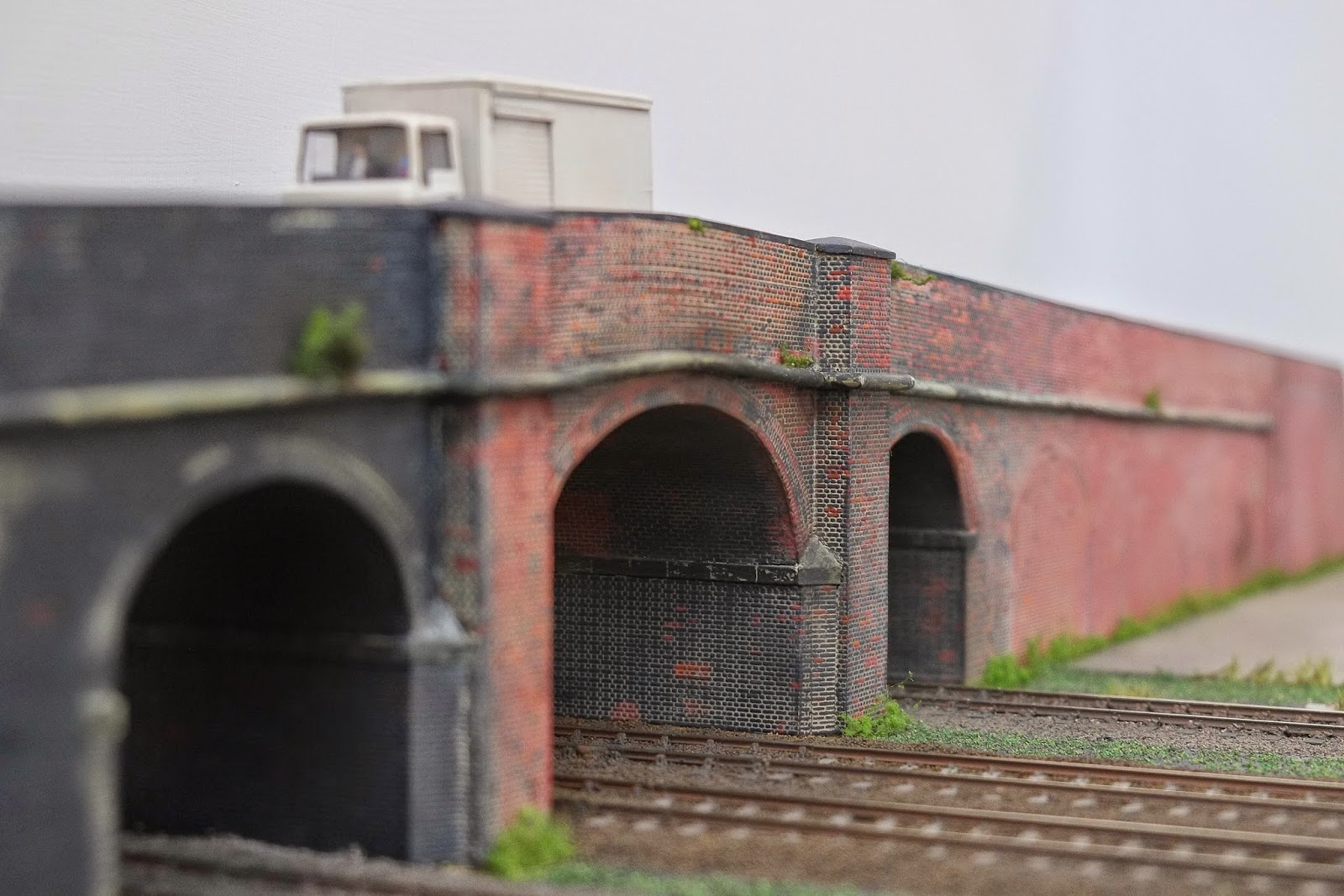 Diesels in the Dutchy is of course  a well known example of a diesel era layout that takes a unique approach that pays off. 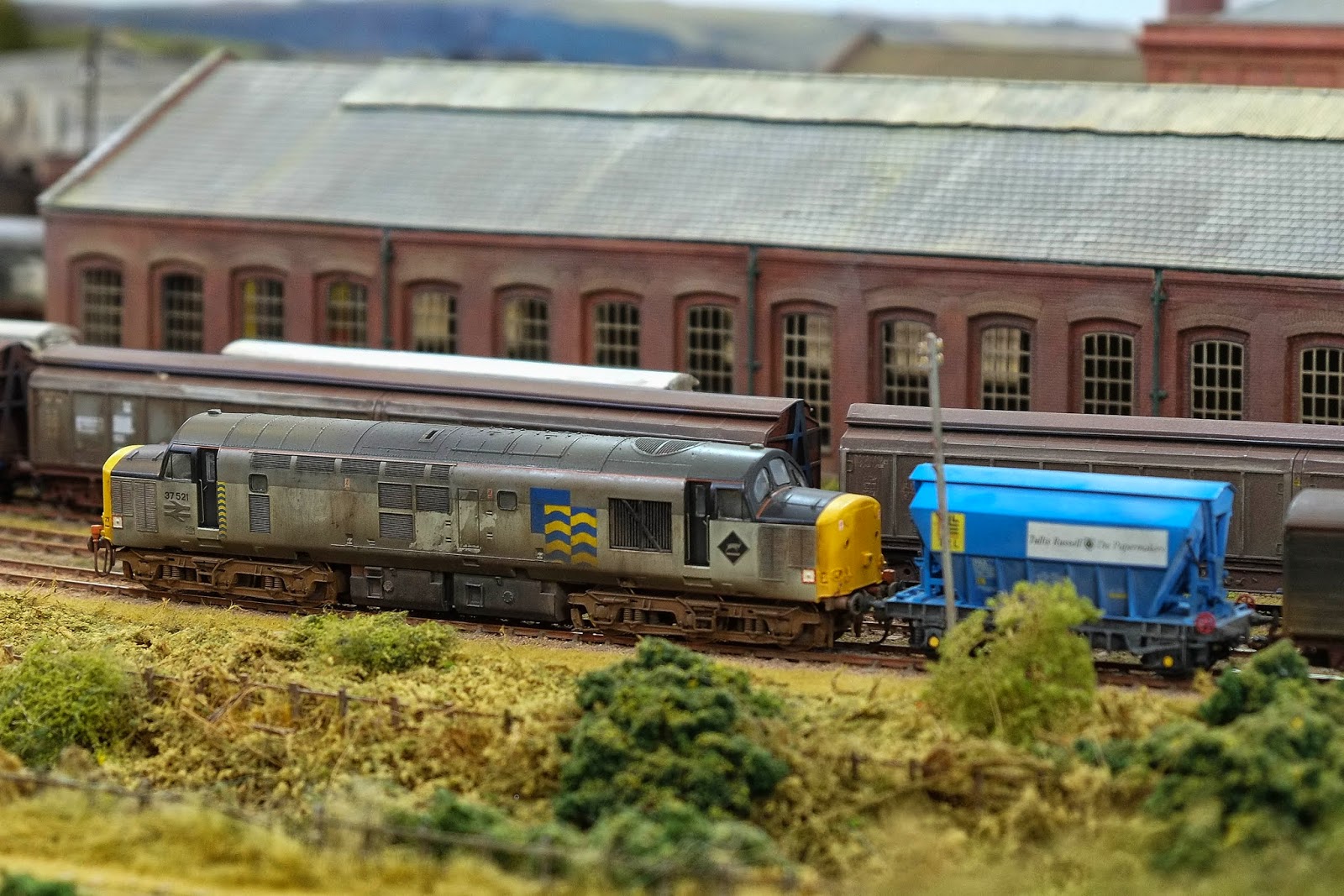 It was fascinating to see Dave Barrett's Nottingham Goods in the flesh, though it is not an easy layout to photograph at an exhibition. I did manage to get some shot of the interior but I didn't really have the right lens to do it justice. 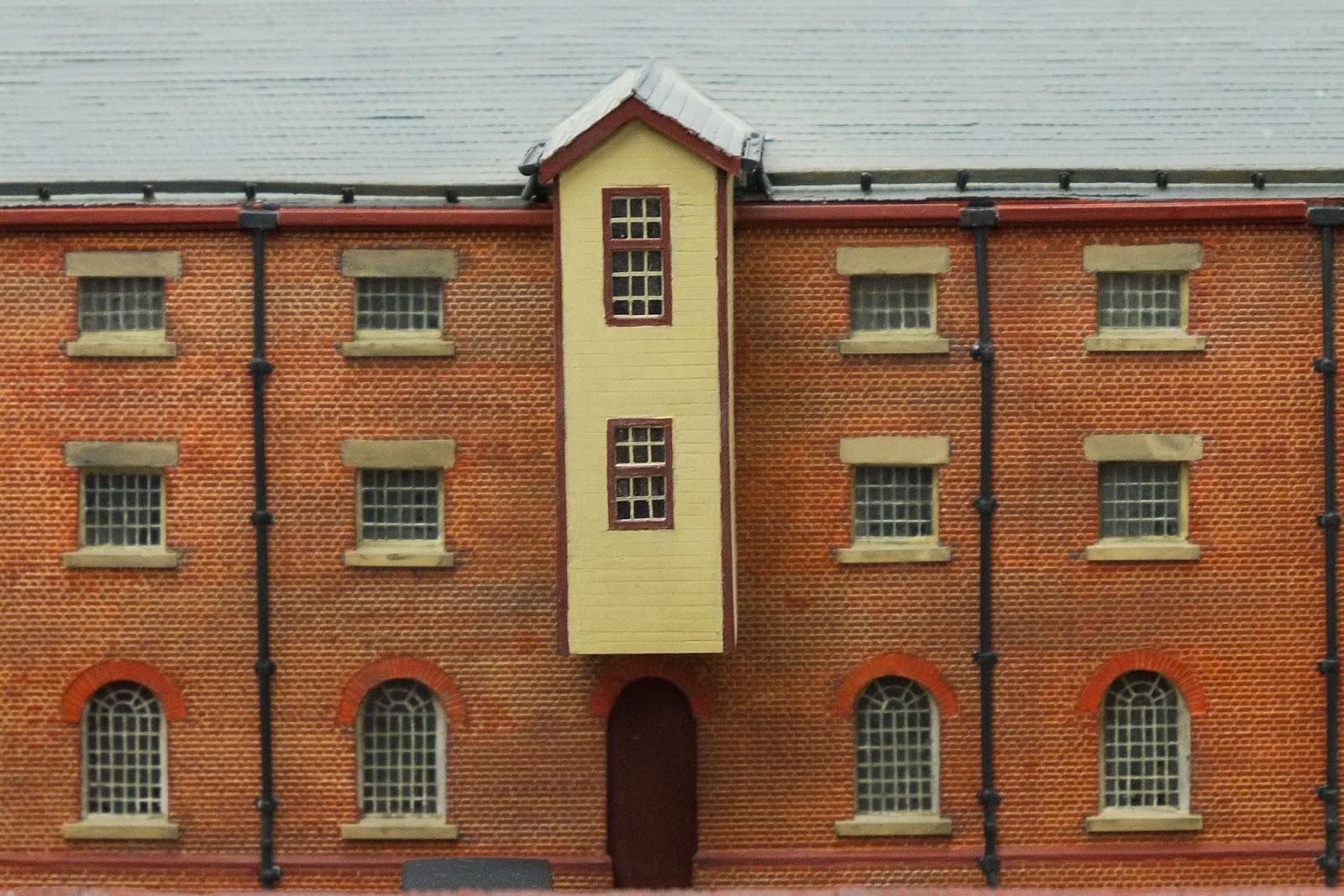 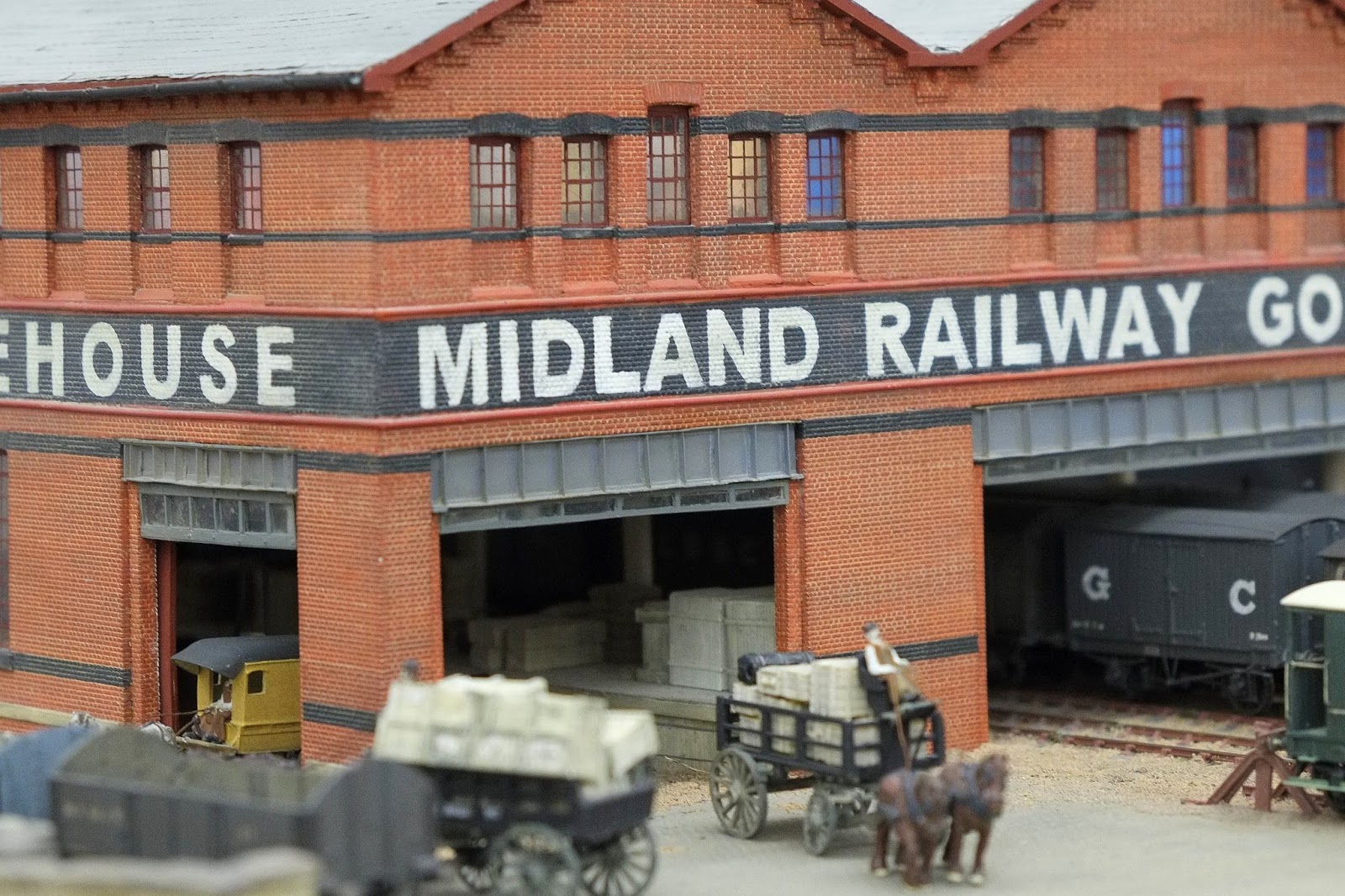 My two favourite layouts were next to each other. Clevedon's focus on a depot  yard means there is lots to look at regardless of what trains are actually running, and I loved the view along what would have been the connecting line to the GWR. 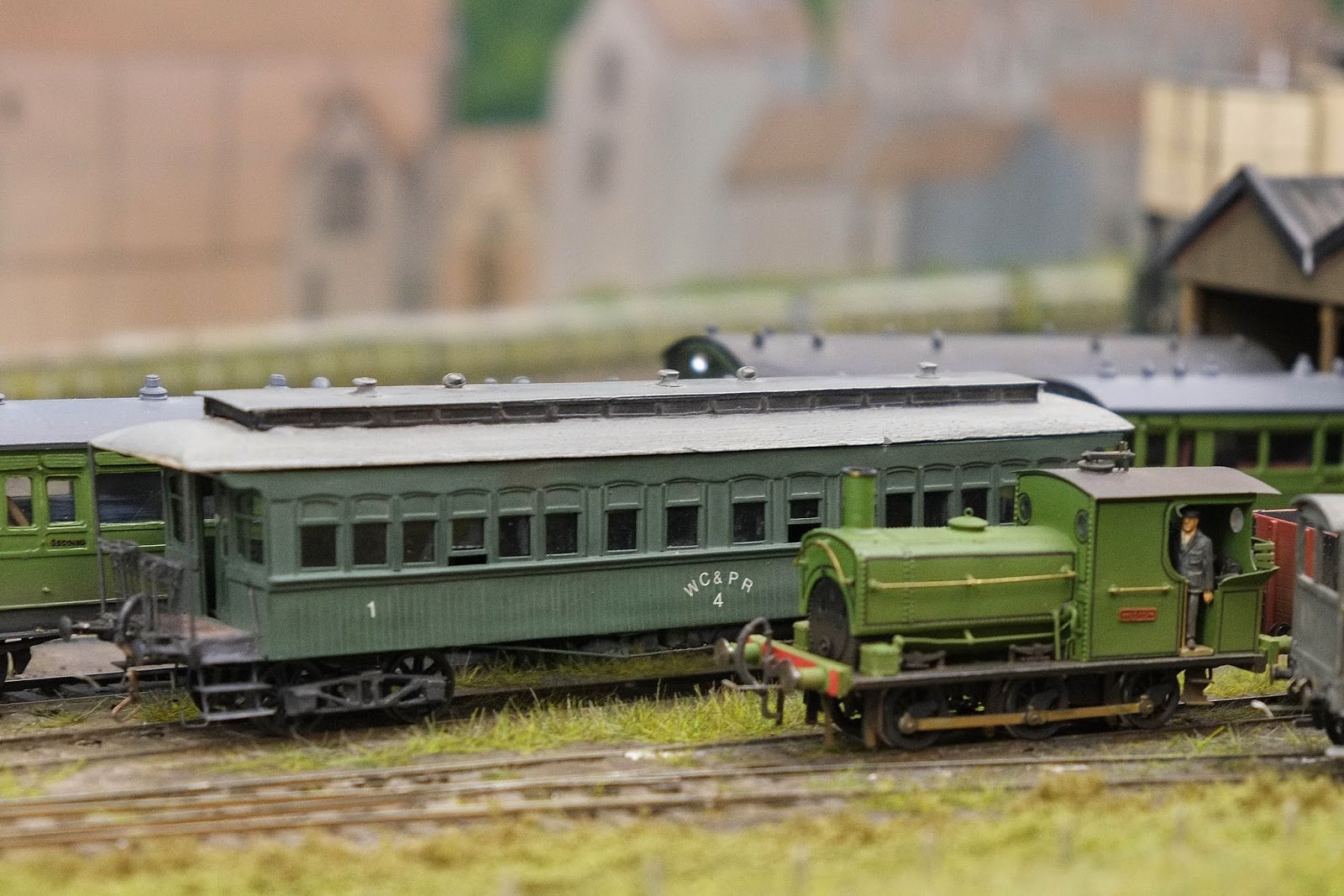 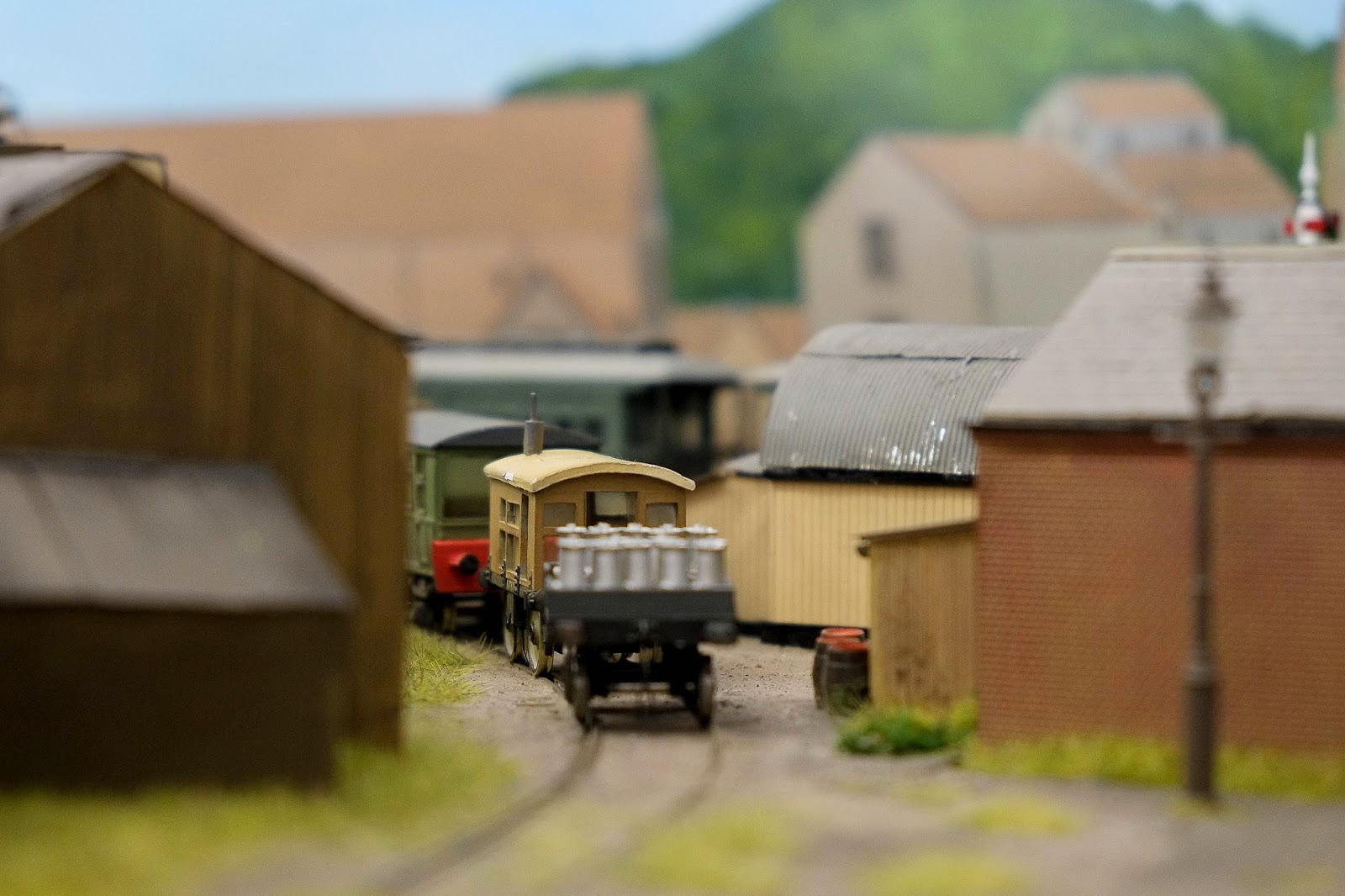 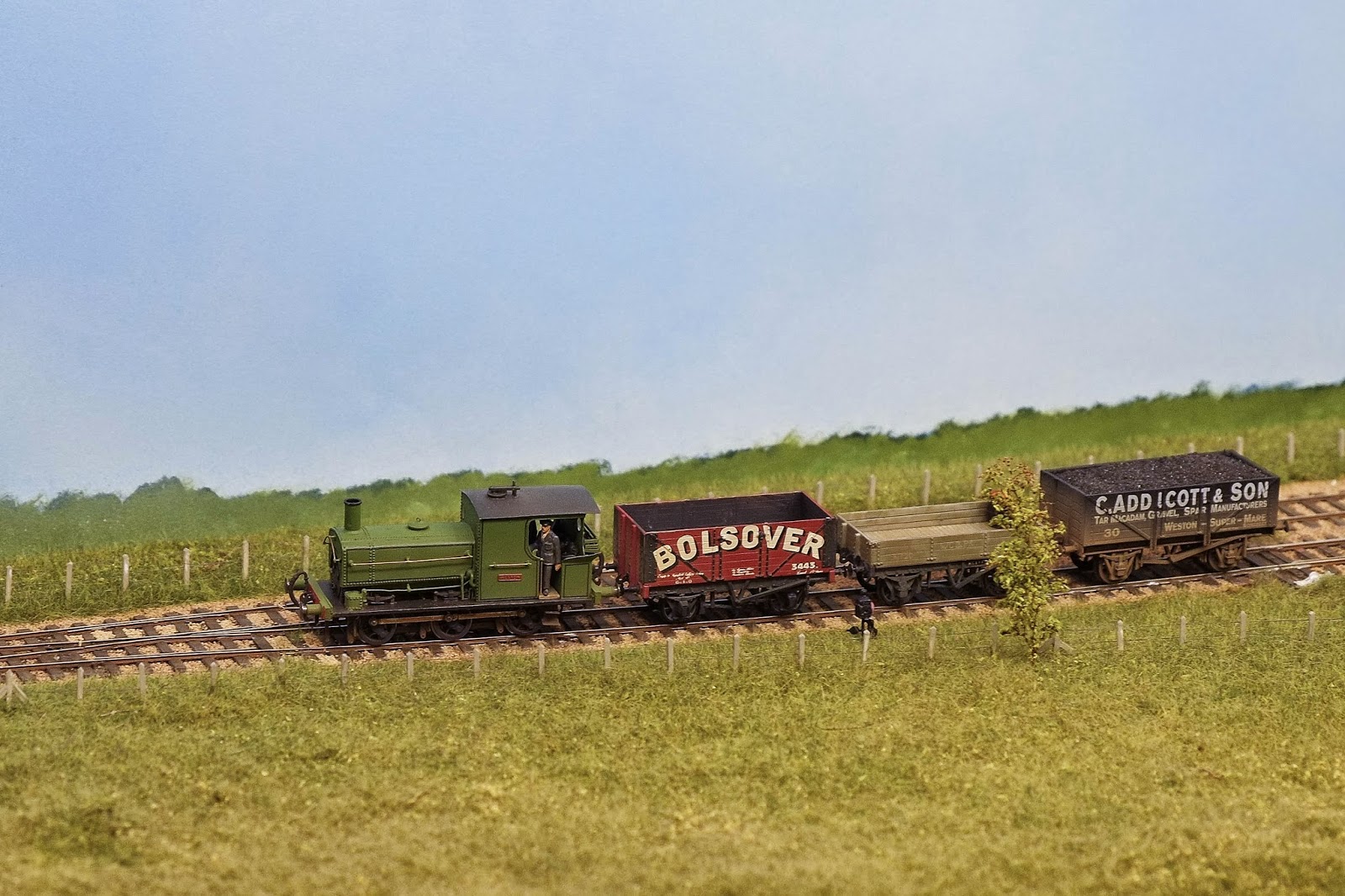 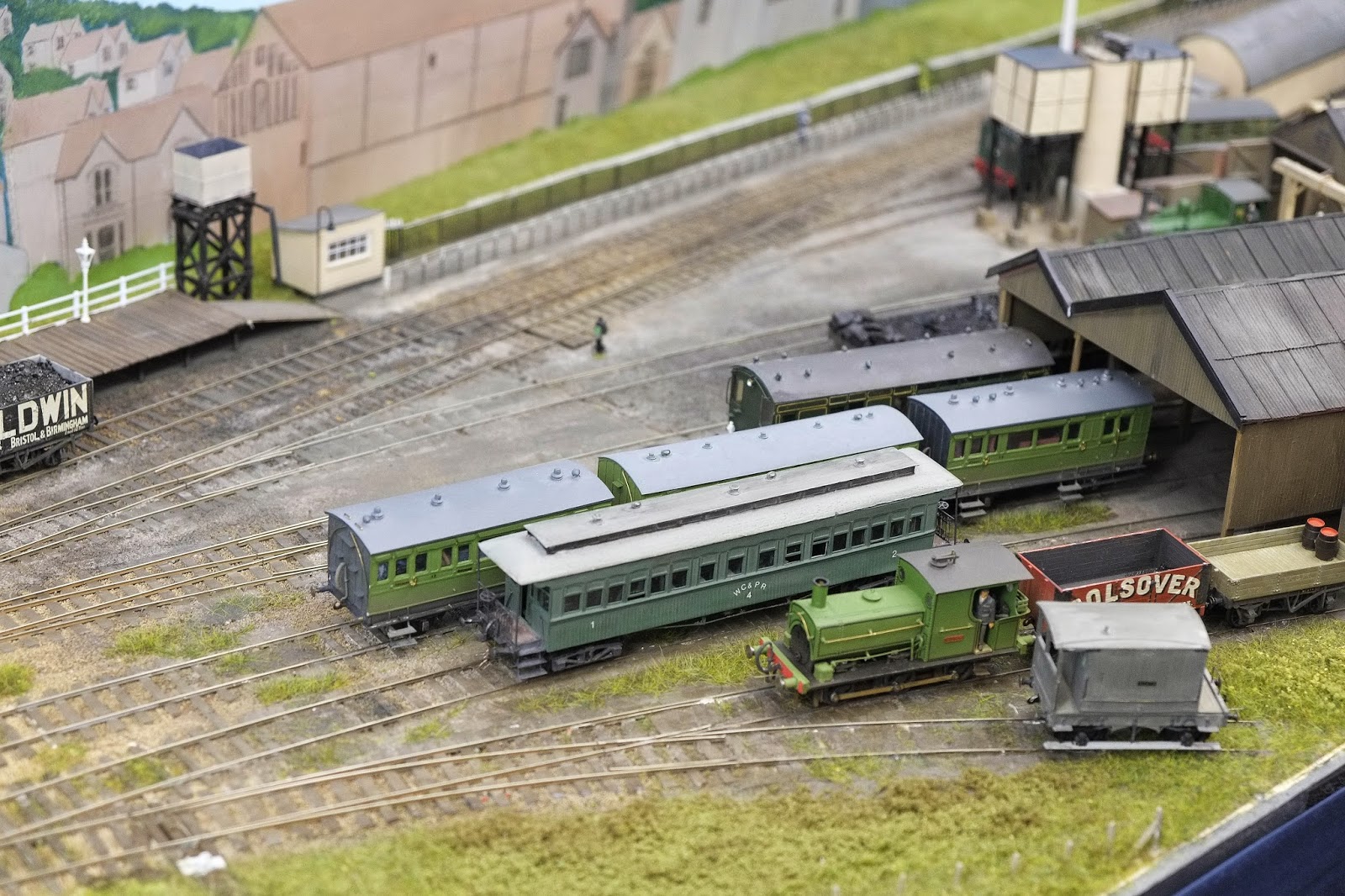 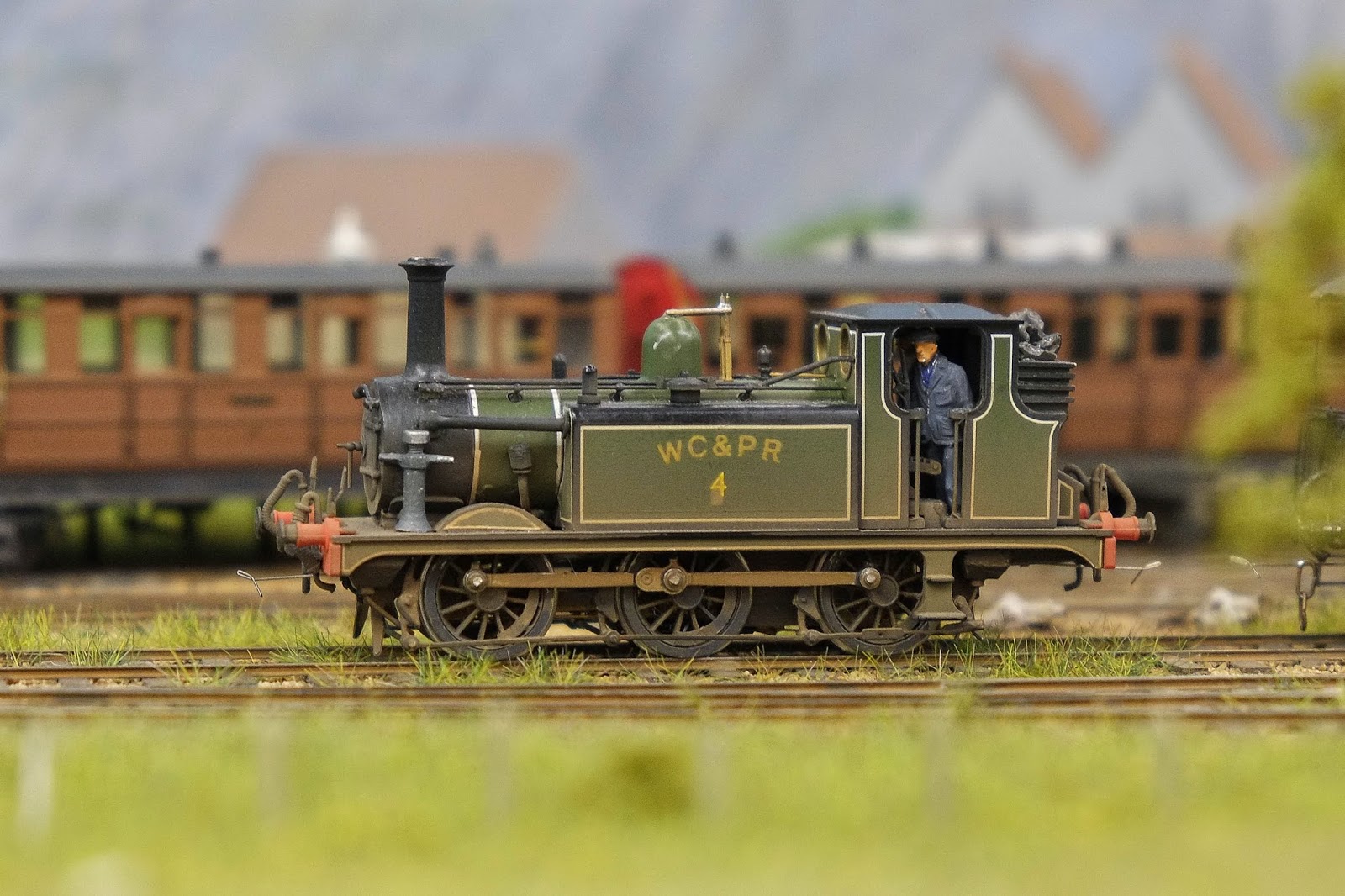 Next to it was Great Bardfield, which was definitely my sort of layout. A simple track plane but oodles of atmosphere and very well modeled. The highlight for me was how well the figures were painted. 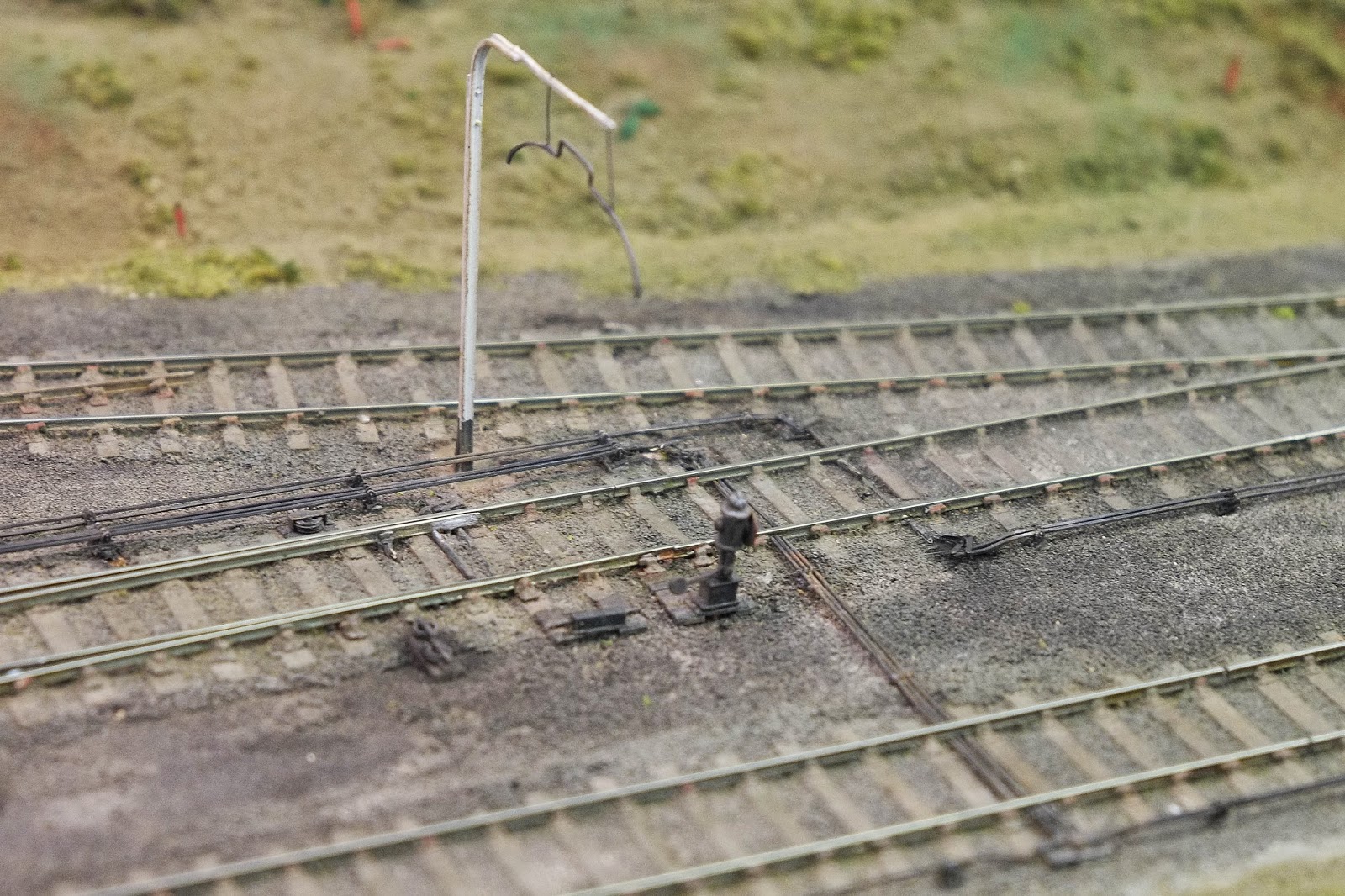 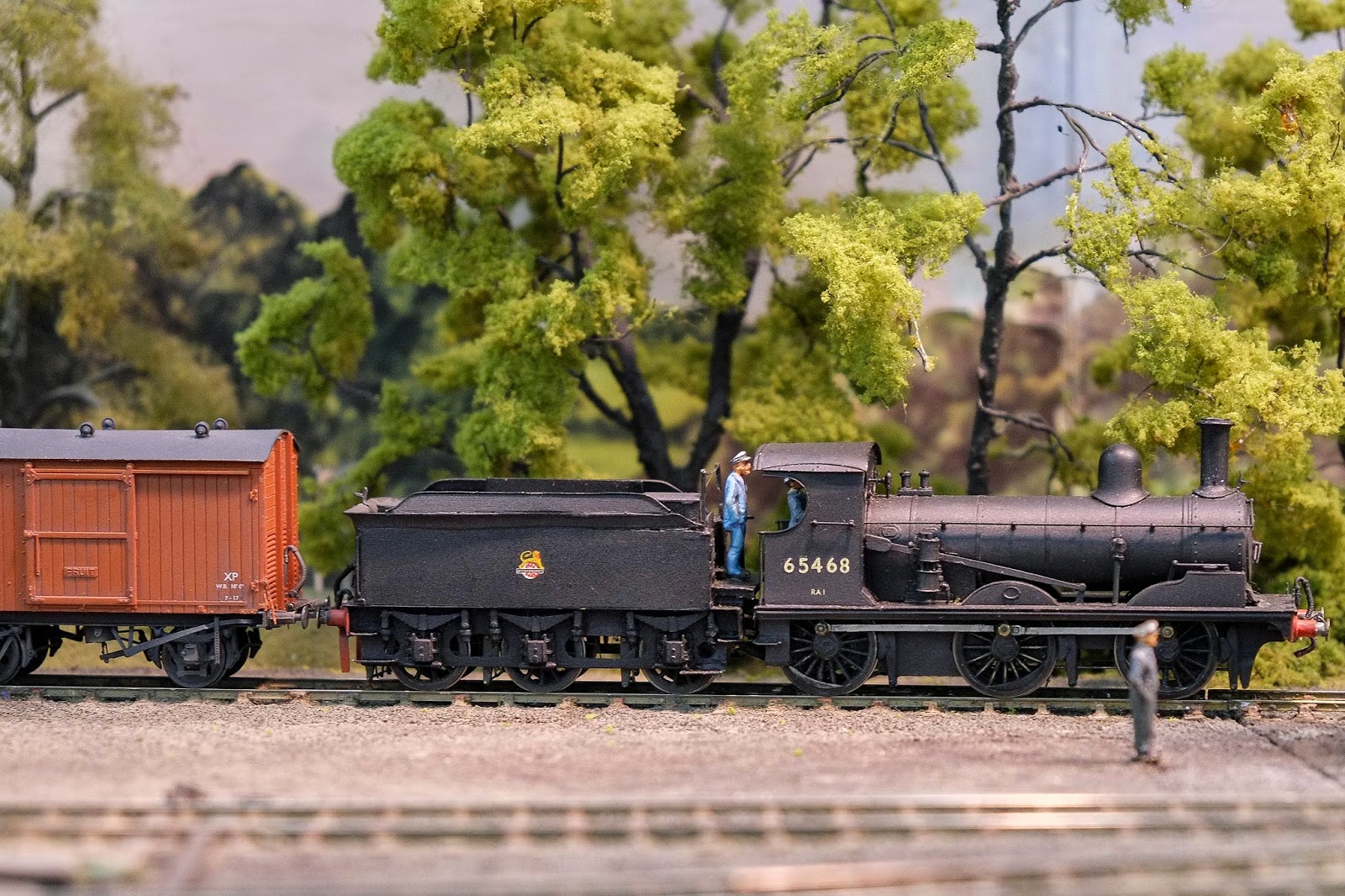 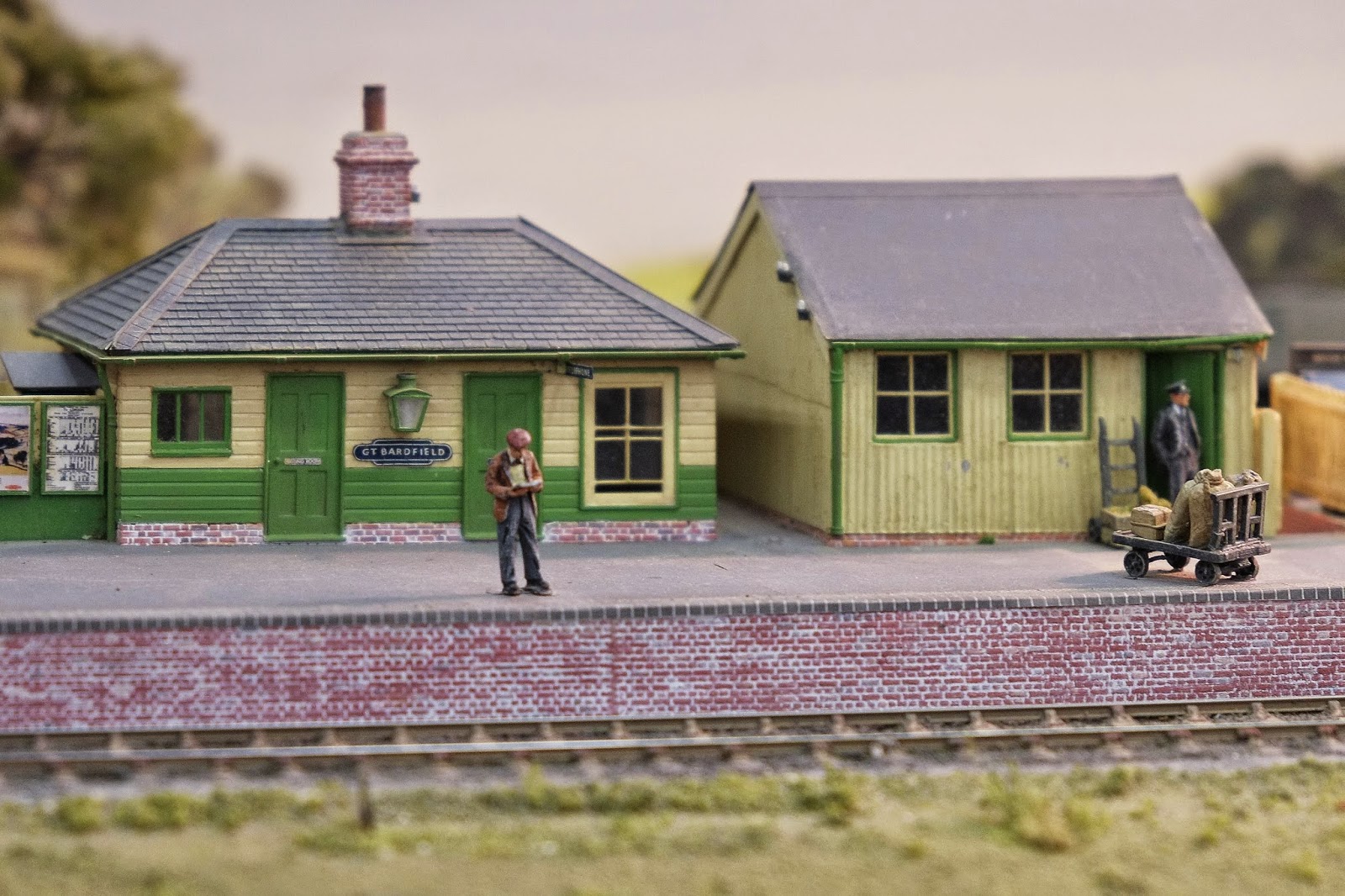 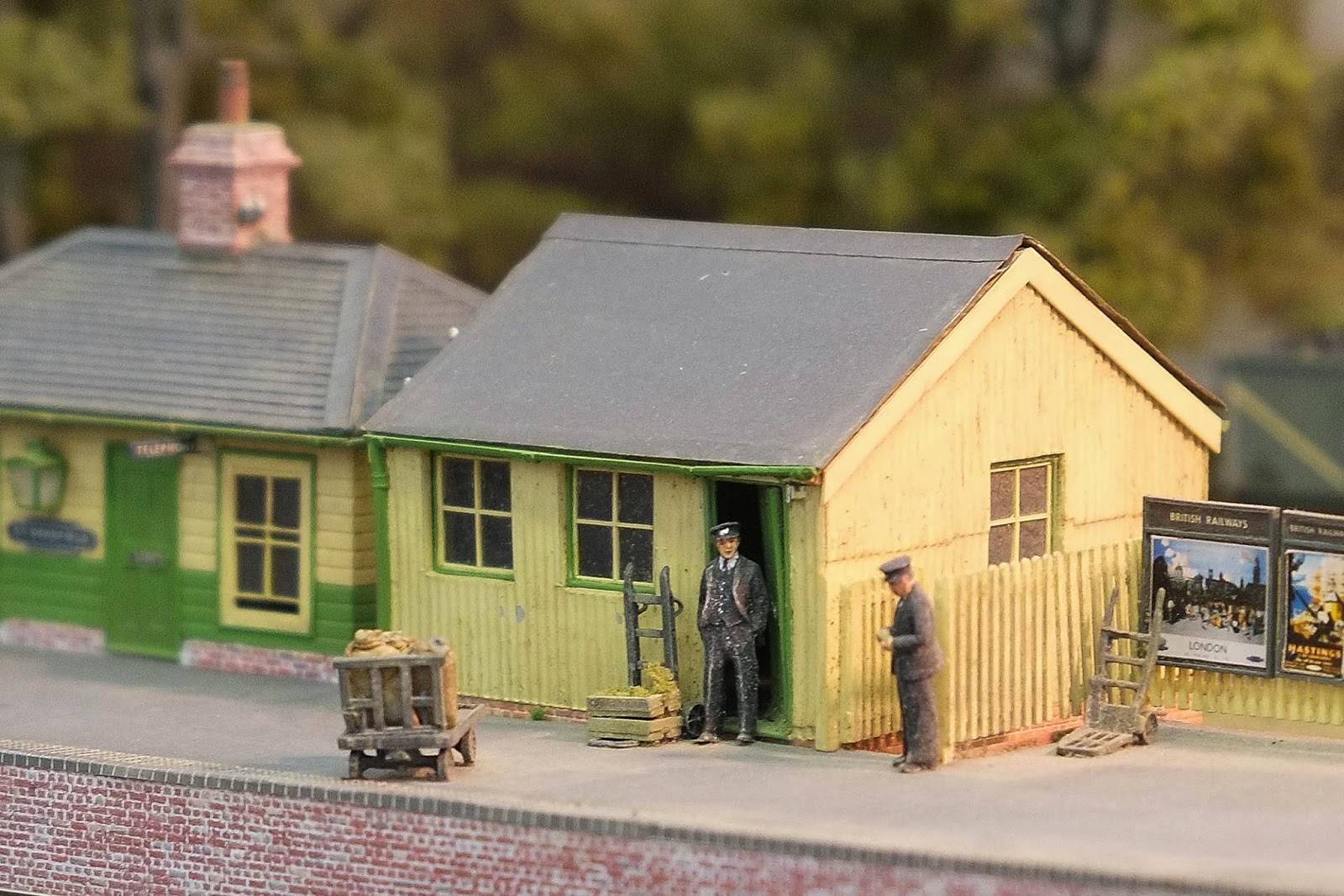 The layouts I haven't mentioned were all worth spending time looking at as well. Sutton dock had some nice buildings, particularly an Ahernish Harbour Office, Hookwood had some very fine gardening going on, and also persuaded me that the delayed action S&Ws aren't as obtrusive as I thought, and Trevanna Dries made me realise I still have unfinished business when it comes to a minimum space layout

I think the camera stood up to the test rather well. With only the 18-55mm  zoom to play with at the moment I've had to crop a few pictures quite severely  but I'll definitely be taking it to exhibitions again. It allowed me to shoot at high ISO numbers with very little noise - the ISO for all these photos was over 800 and some were at 1250  and I haven't had to do any additional out of camera NR. It also handled the white balance well, only Clevedon caused any problems and they were minor

Once again I was really impressed with the friendliness of all the traders, and came away with some carefully chosen goodies. I'm most pleased about getting a set of Blacksmiths etched GWR duckets. I diodn't go as well prepared as I should have done,and I know there were a few things I forgot to buy

And talking of  GWR duckets and guards I obviously have to end with my traditional shot of a solitary Toad. 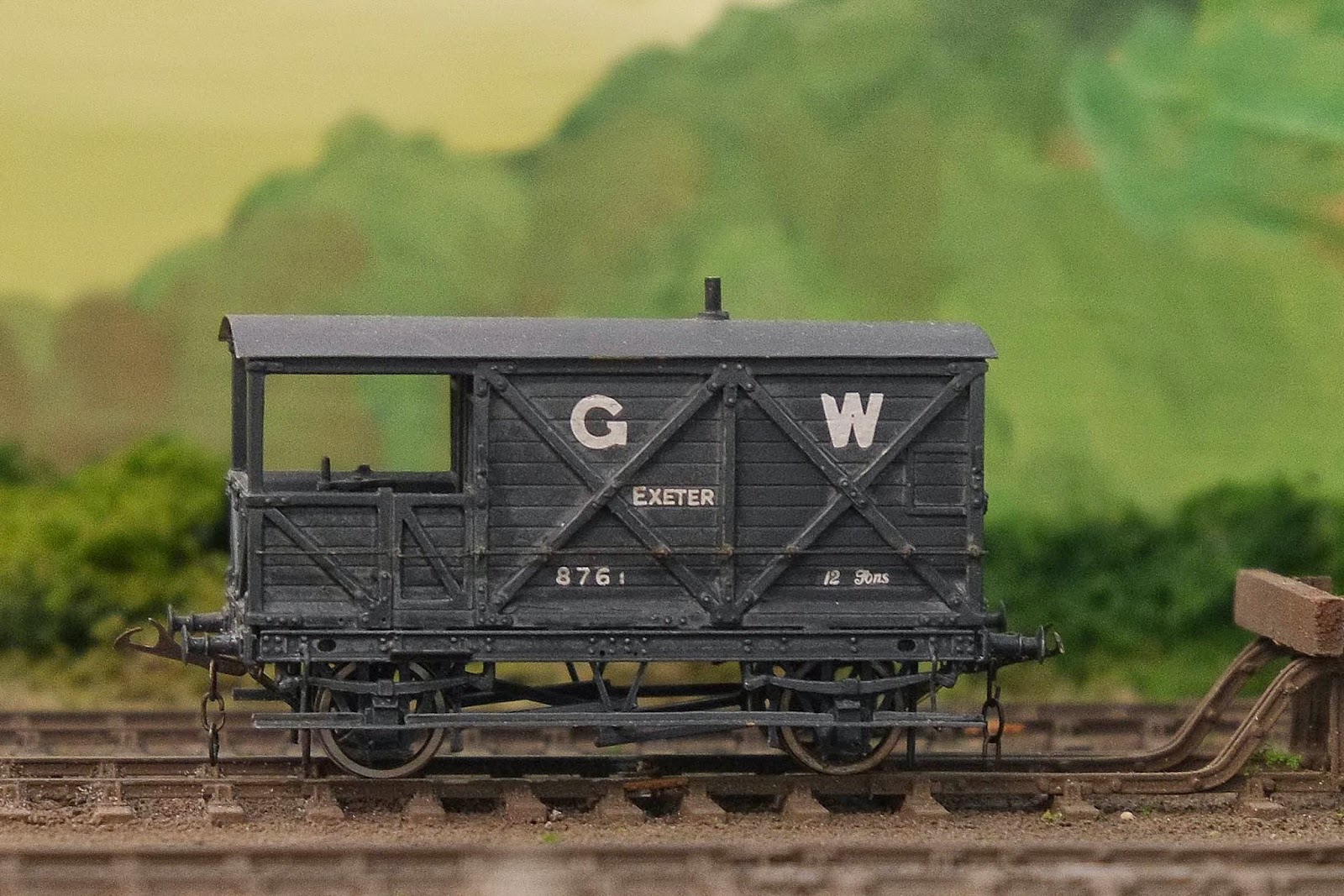