Another year, another 16mm show

Yes, it has been quiet here.  Not that nothing has been going on, but little of it has involved modelling. Since moving to the country again I've realised I need Spring and Summer light and late evenings to get modelling.

So the 16mm  AGM, on my doorstep, seems a good place to kickstart the thinking for future plans. Not in 16mm though, since I've started selling off my 16mm  stock to finance a move to 7/8ths scale.

It is a shame in a way, because having spent years complaining that too much 16mm rolling stock was built to a variety of scales, none of which were actually 16mm it is probably true that we are in a golden age for the availability of true 16mm rolling stock.

The catch is it just doesn't seem to suit the current garden. It isn't easy to articulate why. It is something aesthetic about the difference between seeing a railway in a landscape and it getting totally lost, combined with something practical about a garden where even the 7 1/4" gets derailed by nature, as well as being vandalised by chickens.

It isn't my first foray into 7/8ths, that was many years ago and unfortunately, my nascent line got nicked in one of the many house moves when I had things in storage.

So a little while ago I ordered the new Accurcraft Wren in green. 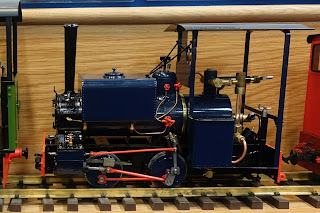 It might be 7/8ths, but it is still relatively small

I've got it booked in for lining and detailing, and I think this is the livery I'm going for: 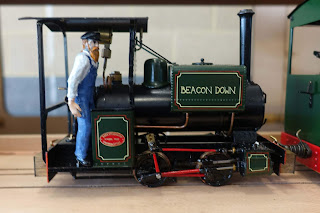 Beacon Down was on the Heritage section, which this year had the theme of previous show award winners, and there were some gems 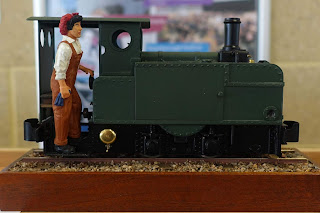 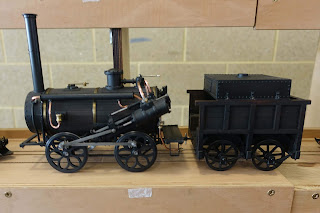 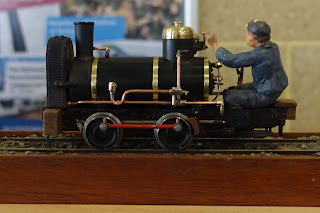 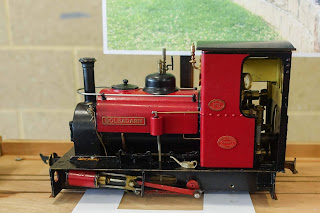 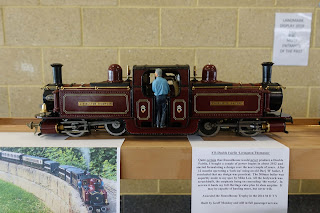 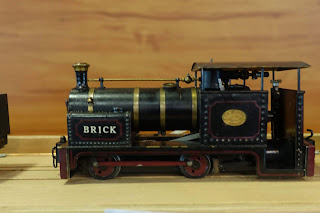 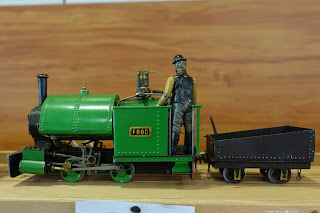 I got to the show quite early this year, and even when I left the Model of The Year competition table was sparsely populated, and, as in previous years, hard to photograph because of the light from the windows. 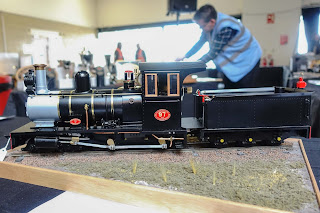 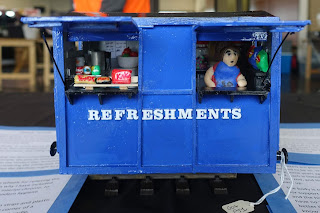 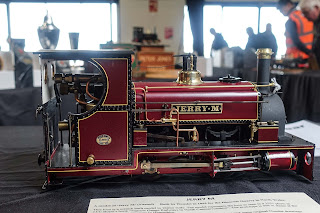 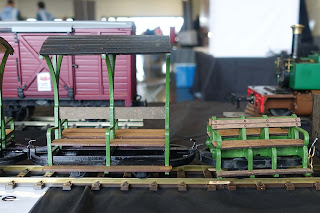 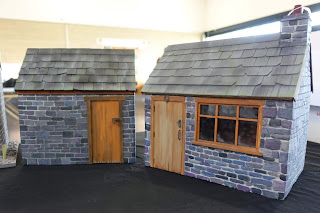 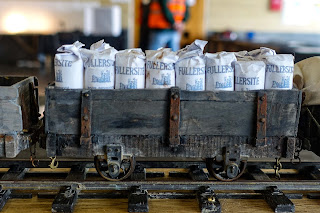 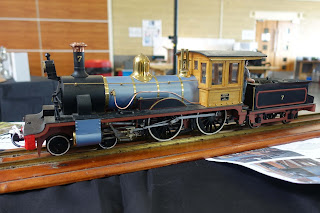 Needless to say, the other display stand that caught my eye was the 7/8ths scale one 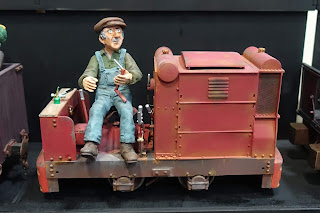 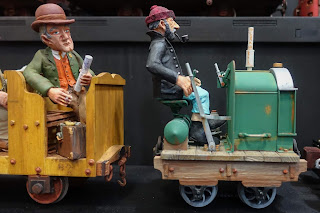 The disappointment this year was the layouts. Indian Hills was as entertaining as always 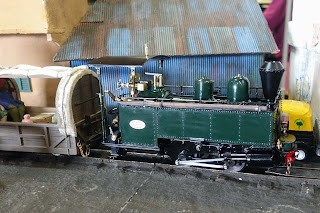 But too many others seemed toy-like in conception and featured high-speed trains. Tony Hills' electric.

Melin Llechi stood out as always 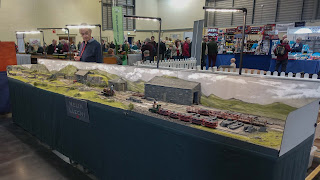 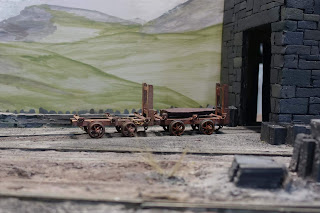 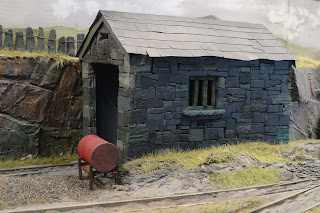 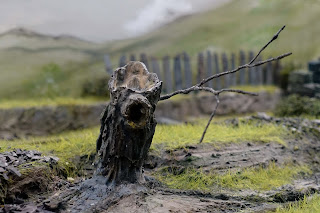 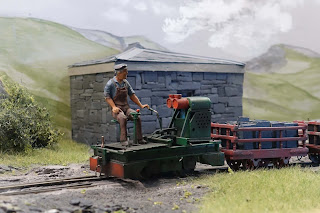 And for some reason, I have a soft spot for G3 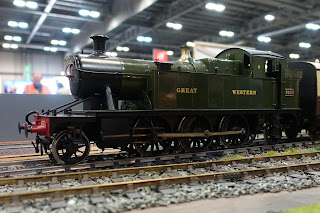 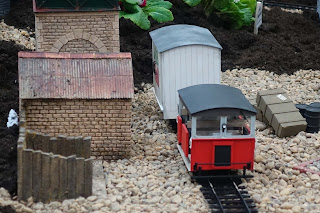 The Garden Railways Magazine layout, built by Phil Parker in a day with support from the local Notcutts garden centre deserves a special mention. It might not be everybody's cup of tea, but the children at the show seemed to really appreciate it being at their level.