I mentioned recently that I've been missing my original Apa Valley as a layout to just sit on my desk.  I think it is time to start moving forward with that idea. Since they have been sitting around for a long time without being used I've decided to sacrifice one of the Tim Horn baseboards intended for TAoC. If I ever return to that it will be on boards with built-in facias. 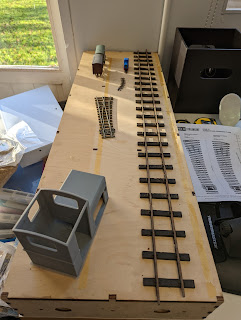 So that is one decision down. Another is that as with Cadeby I'm not going to use a permanent back scene.
The picture provides a bit of a clue that I'm not yet wholly decided on much else. I think the final choice will probably be a mostly static single turnout OO yard, based on the Wisbech and Upwell combined with a simple OO6.5  line playing the role of one of our local potato railways. I could always use OO9 but I feel the urge to do something a bit different, especially since James Hilton has just built another loco for me as a Xmas present from my wife. as it happens Hornby have released a new building based on our local heritage centre, the Chain Bridge Forge. Getting my hands on one proved to be a mammoth task and an object lesson in Hornby getting customer service both very wrong and very right. 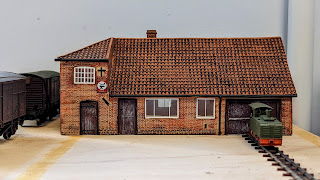 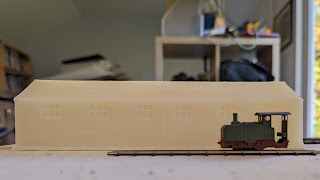