Over at Wood End and Beyond Chris has posed the question

Why, if The Art of Compromise always generates so much interest,
do you so rarely see it being built?"

I'm sure an awful lot of people who have the plan squirreled away eventually decide to build it with their own  design changes, and it is one of those designs where you don't have to alter much to end up with something that just isn't TAoC. That is one of the reasons I'm trying to keep my effort as close to the original as possible.

I also suspect that in marketing terms it doesn't have a clear audience. on the surface it looks like an obvious beginners design, and I'm sure if Paul Lunn were to update it to use setrack points and modern equivalents of the Prototype Models buildings then it would be more popular. But then I really don't think it is a beginners layout. First of all to work at all it needs careful packaging of the different elements in such a small space. Any errors are going to get magnified and any further compromise you might make is going to come back and bite you.

It also isn't going to be a very interesting layout for the beginner from an operational perspective, all the interest is provided by putting effort into the scenic details. Then if you are an experienced modeler you'll probably consider it to be a rather unprotoypical . That is actually why I  didn't pay much attention to it for much of my adult life until I made the connection with the Fairford branch.

All this musing comes together when it comes to decisions about the goods shed.  The Prototype Models kit was based on the timber built shed at Watlington, Visually I think a  wooden building might work rather well. I think a stone GS, as on the Fairford branch, would unbalance the design despite being of roughly the same design.  Since I'm using Lcut components it seems a sensible compromise to go for a brick built version but using the Fairford footprint.

I still have some concerns though. The goods yard on TAoC as drawn looks overcrowded and unworkable in real life.

Anyway I quickly mocked up the shed this evening to see how it looked, and I think it might just fit, but it is going to be tight. 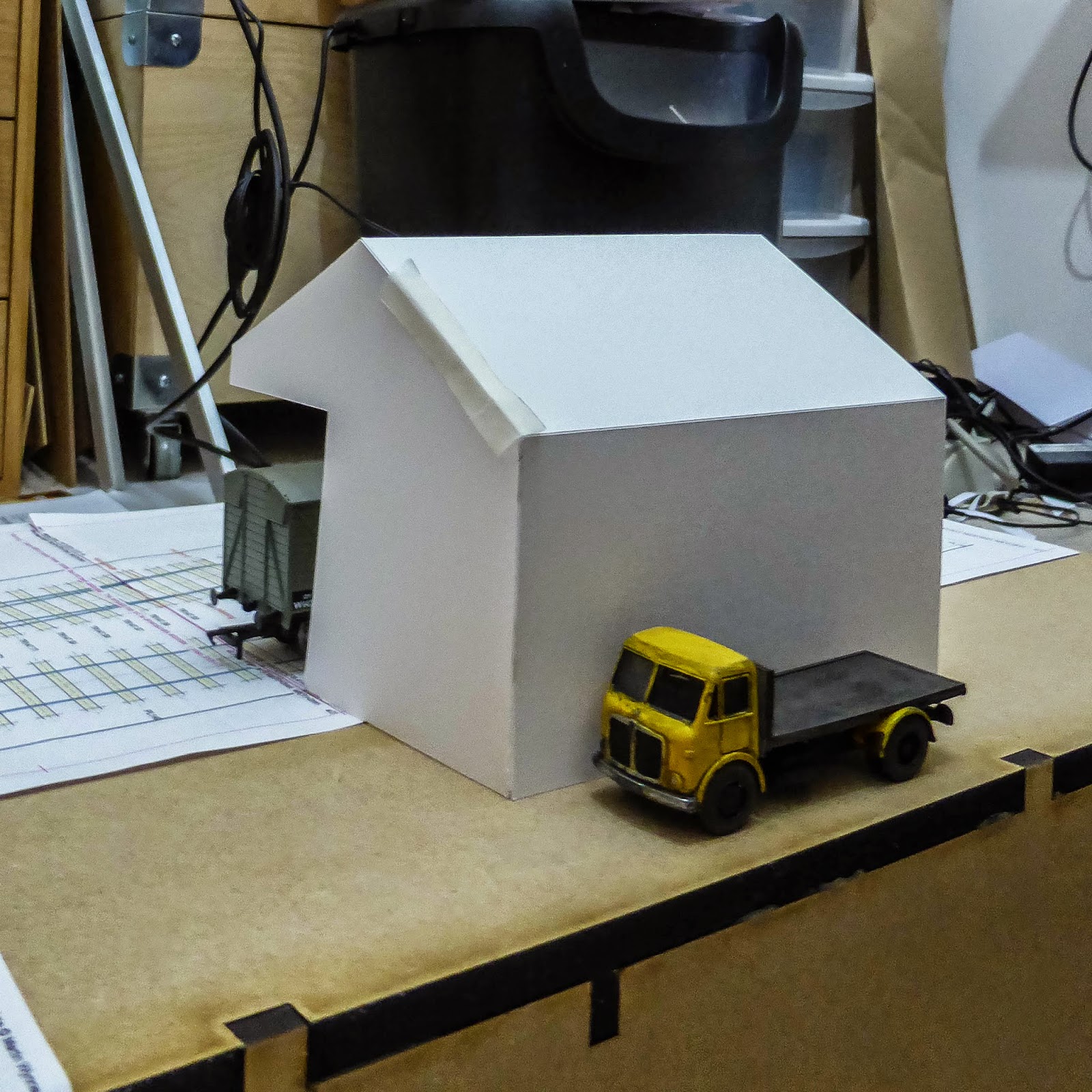 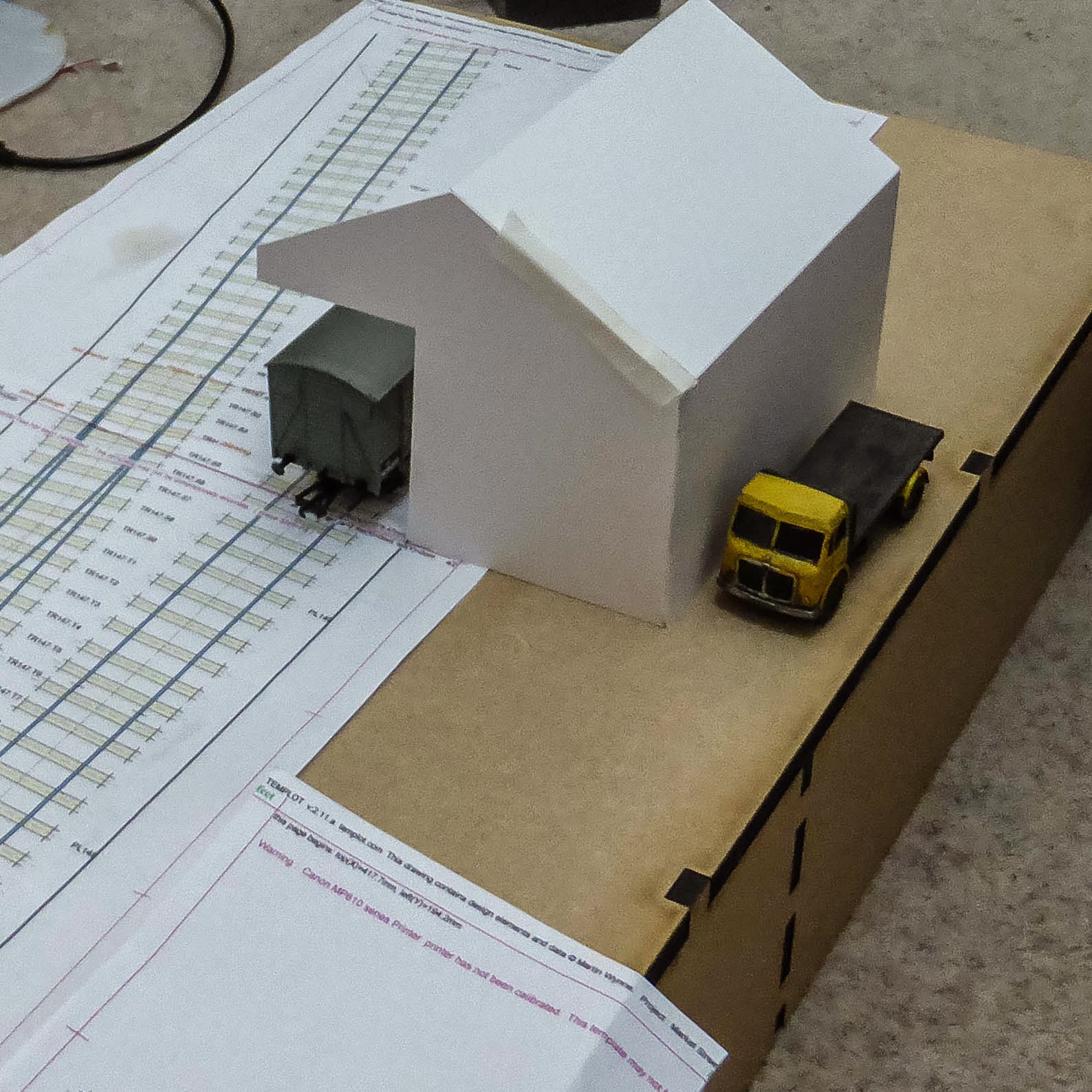 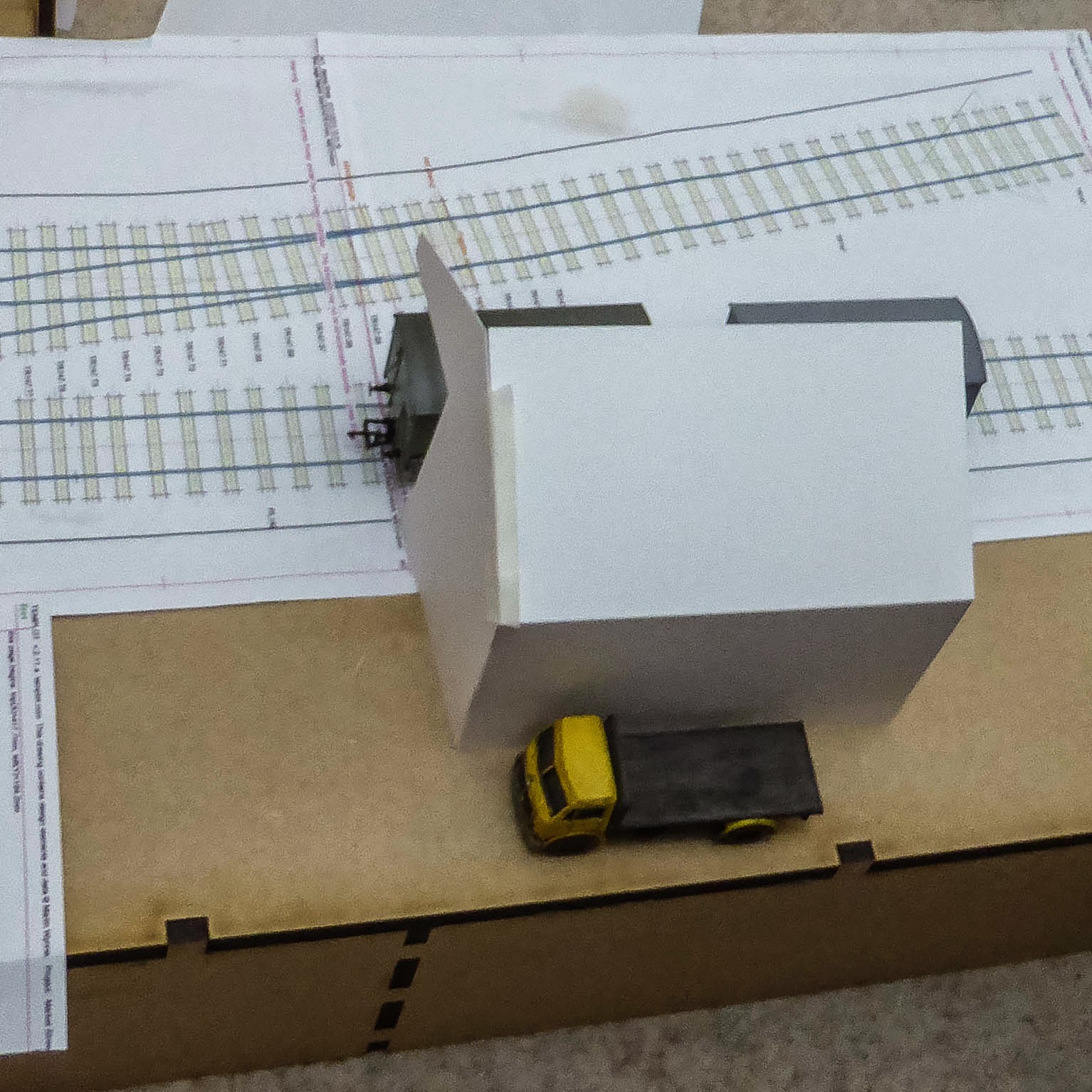