It seems a long time since I last went to a model railway show. So  I was pleasantly surprised when my wife suggested I should really make the effort to go to the Lincoln show. What I hadn't realised was that it was actually an excuse for her to go shopping with Mr Amex whilst I took the vintage bus to the showground.

I really wanted to go to see two exhibits in particular. Mark Casson's Grime St layout and the Modelu stand. Both, I'm glad to say, lived up to expectations. I'll return to Grime St in a minute.

Waiting outside Lincoln station for the vintage bus it was immediately obvious who else was going to the show. I'm afraid every stereotype of the modeller was represented and I pitied the poor solitary normal family with two kids who were looking for the bus as well. When it turned up I think they thought they'd been misled. 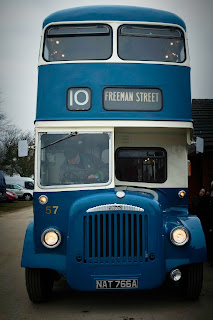 The show itself was, I guess, fairly typical of the type of regional show I used to go to when I was growing up. It was pretty mainstream in terms of the layouts on display, Eavesdropping on conversations in the over crowded cafe area suggested that people were really enjoying it. To be honest had I not had the camera with me I could probably have whizzed round and been out in forty five minutes.

But I did have my camera with me, primarily to get some photographs of the aforementioned Grime St and also to have another go at capturing Hospital Gate. Along the way though I decided to try and take some photos of the sort of layout that I would normally rush by.

So Grime St. A tramway layout that unlike so many tramway layouts is designed to look look good even without any trams running. Though if trams aren't running there are still other road vehicles moving, Mark uses a modified Faller system to animate buses and trucks, and magnorail for the bicycle. 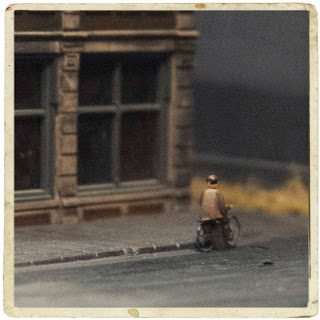 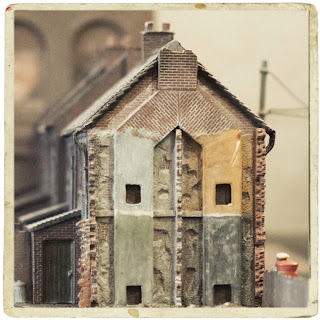 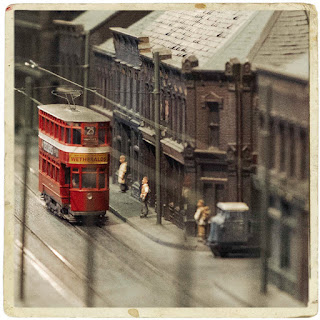 I still wish Hospital Gate had a darker backscene, but I must admit I enjoyed it more seeing here more than I did the last time. I suspect that might be down to the lighting and where it was located in the hall. 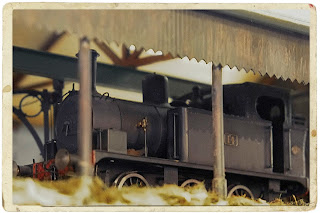 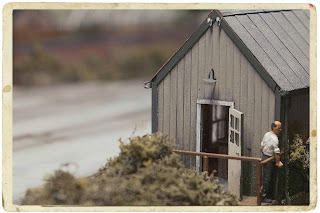 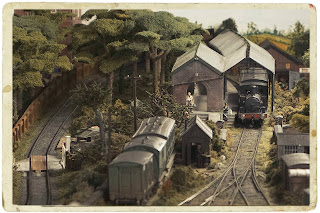 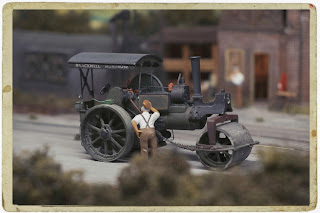 Marske, had some very nice rolling stock but somehow didn't gel for me as an overall layout. One of those cases where I couldn't quite put my finger on why though. 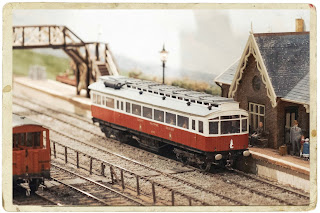 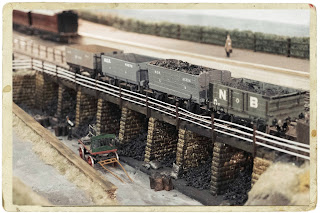 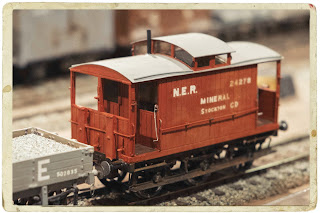 The other 7mm layout, Chesil Exchange was a pleasant example of a light railway. 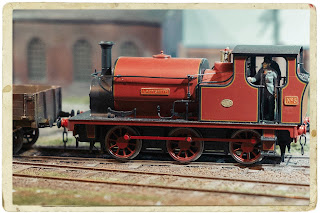 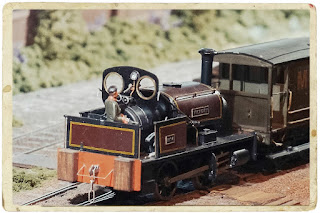 I managed to find at least one  scene  that I liked on an otherwise unremarkable  OO gauge layout. 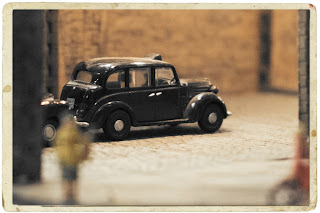 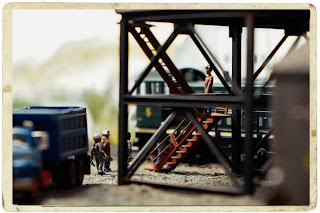 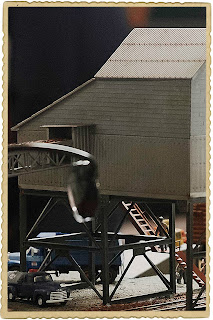 The surprise of the show for me was how much I enjoyed the N gauge layouts, of which Peakdale was far and away the best. 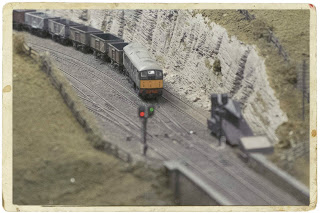 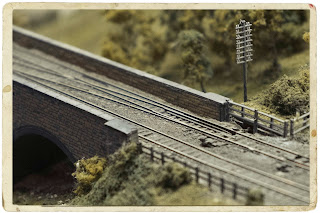 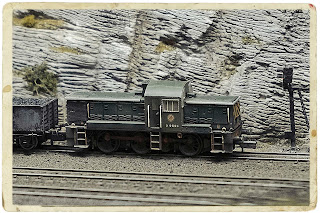 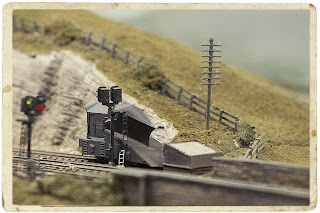 However some of the other N gauge layouts had some nice touches. 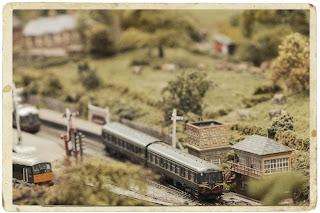 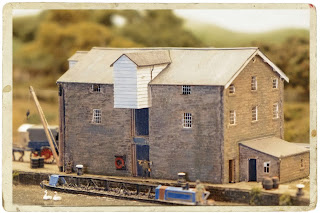 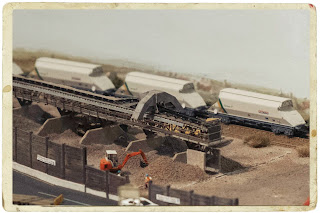 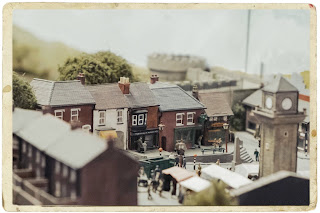 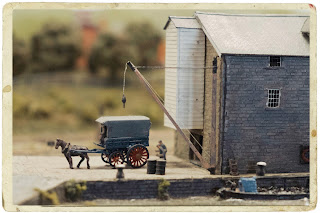 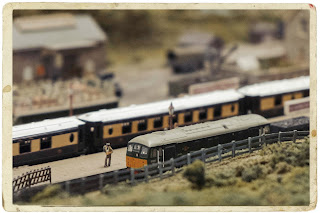 A few more pictures are on Flickr with Grime St getting an album to itself .
Posted by James Finister at 16:30