Getting to the Point

It seems a long time since I posted about starting construction on the first point the the ELR. I have to say that this time the delay has been solely down to the extended delivery times of 7 1/4" gauge suppliers, not my own procrastination. In fact if ever the weather and time have allowed I've been out there doing something, at the expense of my other hobbies and the OO9 project.

Last Friday the key components finally arrived, along with parts for the next point. Primarily the parts involved were the tie-bar, slide rail chairs, and decent check-rails with machined spacers.

I can only say that building  points in this gauge is a joy. It is rather like putting together a jigsaw puzzle. The only problem I had was down to starting with a  wye point for which I didn't have a template that I could attach the sleepers to with double side sellotape. Instead I temporarily screwed the sleepers to some splines, which also prevented my pre-curved rail from pulling things out of shape. 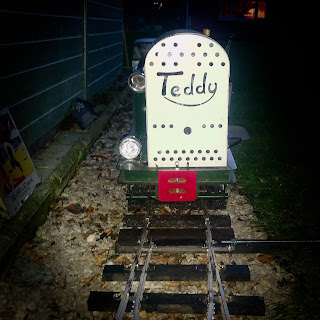 Meanwhile the first of the new wagons is nearly finished. The next body will be a flat wagon with a Heywood style "top" 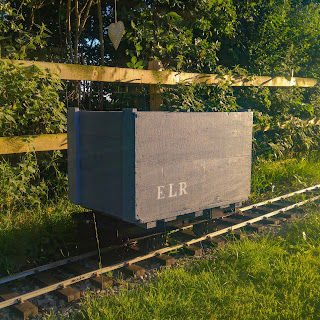