With a possible lockdown imminent I'm beginning to wonder if it was at the back of my mind when I wrote the Cabin Fever post. At least I should get a chance to seriously consider the next steps on the ELR. it does look a mess, mostly thanks to the livestock. 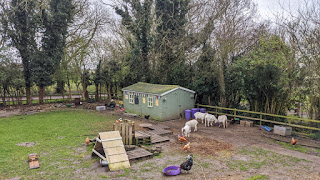 A positive piece of news is that the report on Teddy's overhaul is that much less work is needed than first feared. This has cheered me up immensely. Especially since I'm still struggling to find the time and space to get to grips with Tug's electronics.

I at least managed to re-seed the lawn today, a task that took 9,200 steps according to my FitBit. In the past it has bounced back quite well, so we will see. The main task is really to fence off the track and workshop to prevent this sort of damage 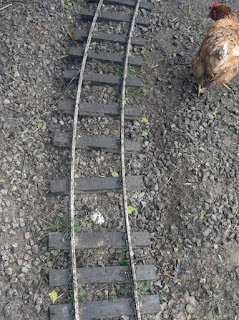 I have to remind myself that the line is actually still the longest it has ever been. It just doesn't feel like it. So relaying the lifted section is quite key psychologically.


Before reinstating this bit it makes sense to ease the curves past the workshop and the point that currently lead to the storage siding. Hopefully, that will mean Tug and the Coach can run this far for the first time.

Extending the other end of the line really means firming up plans for the route to the Studio and deciding the location of a planned pond.

Meanwhile, we are struggling to maintain our isolation... 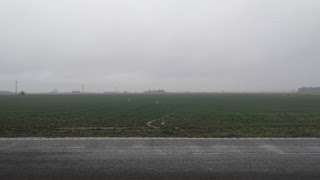 ...which in reality means visits to the line are on hold, given that I fall into two of the high-risk groups.