Whilst playing around with train simulators, planning Llanrhaiadr Mochnant and working rather too hard it has to be said that Apa has been getting very little attention. In fact it looks very unloved as the shift to Autumn weather seems to have caused a few things to come unglued. To be honest it is hard to get up too much enthusiasm for a project that has served its purpose, especially since I want to focus on developing my EM gauge track building and stock fettling skills. If I didn't know better though I would blame the damage on an obvious scapegoat. Young engines today bah! 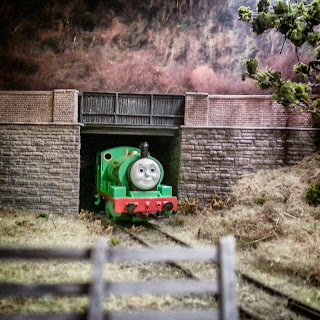 On the other hand it is sat on my desk and I would rather it at least looked finished  so I can switch the lighting on and not feel embarrassed.

Actually problem number one is I need to reattach the lighting and optimize where I'm placing it because I wasn't happy with the original positioning. Other jobs to be done are:

That little lot should keep me busy for a few days. Meanwhile here it is in MSTS 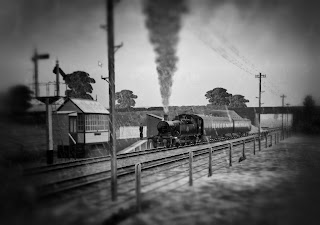