I've mentioned Tim Horn's excellent laser cut products  a few times before. I'm using his standard baseboards for TAoC and in the meantime I'm displaying my stock on one of his display standards.

With Xmas out of the way I've just got round to opening the package containing the second baseboard which has been lying around in my office for weeks. I was a little chastened therefore to discover that because Tim felt the order had been delayed being dispatched he'd included one of his A4 scenic boards with it as a gift. Incidentally I thought the order was sent out quite promptly and wasn't aware of any delay. 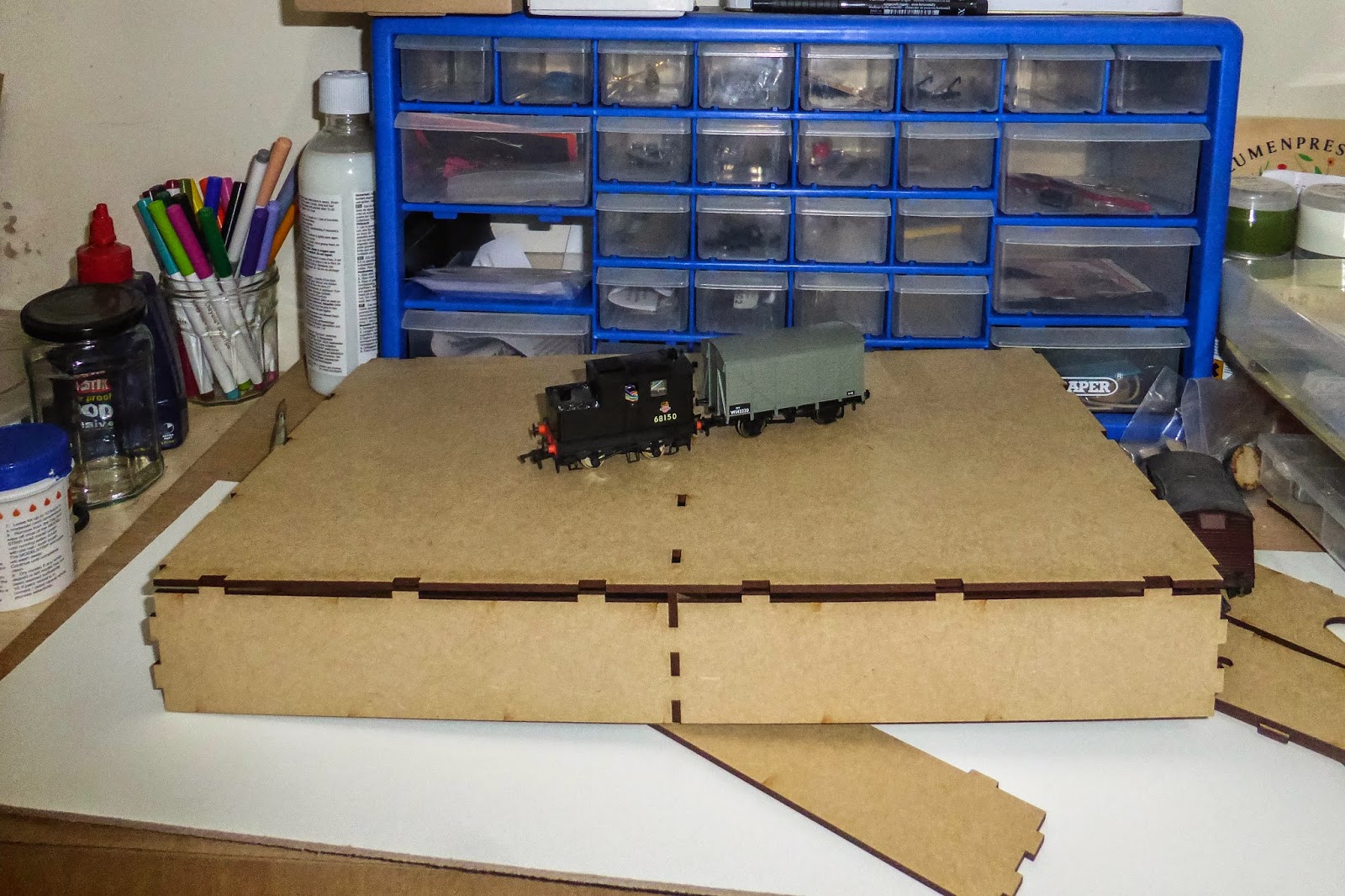 So now the dilemma is what to do with it? I already have a second Apa based diorama underway to showcase the Lcut buildings, and the original Apa is about to be re-used for a 7mm tramway layout.

A small diorama using the Sentinel is one option, another is a 4mm tramway scene. Then again I still hanker after a return to narrow gauge modelling. I've even got a Smallbrook Studio Nellie hiding somewhere in a draw that needs a home. 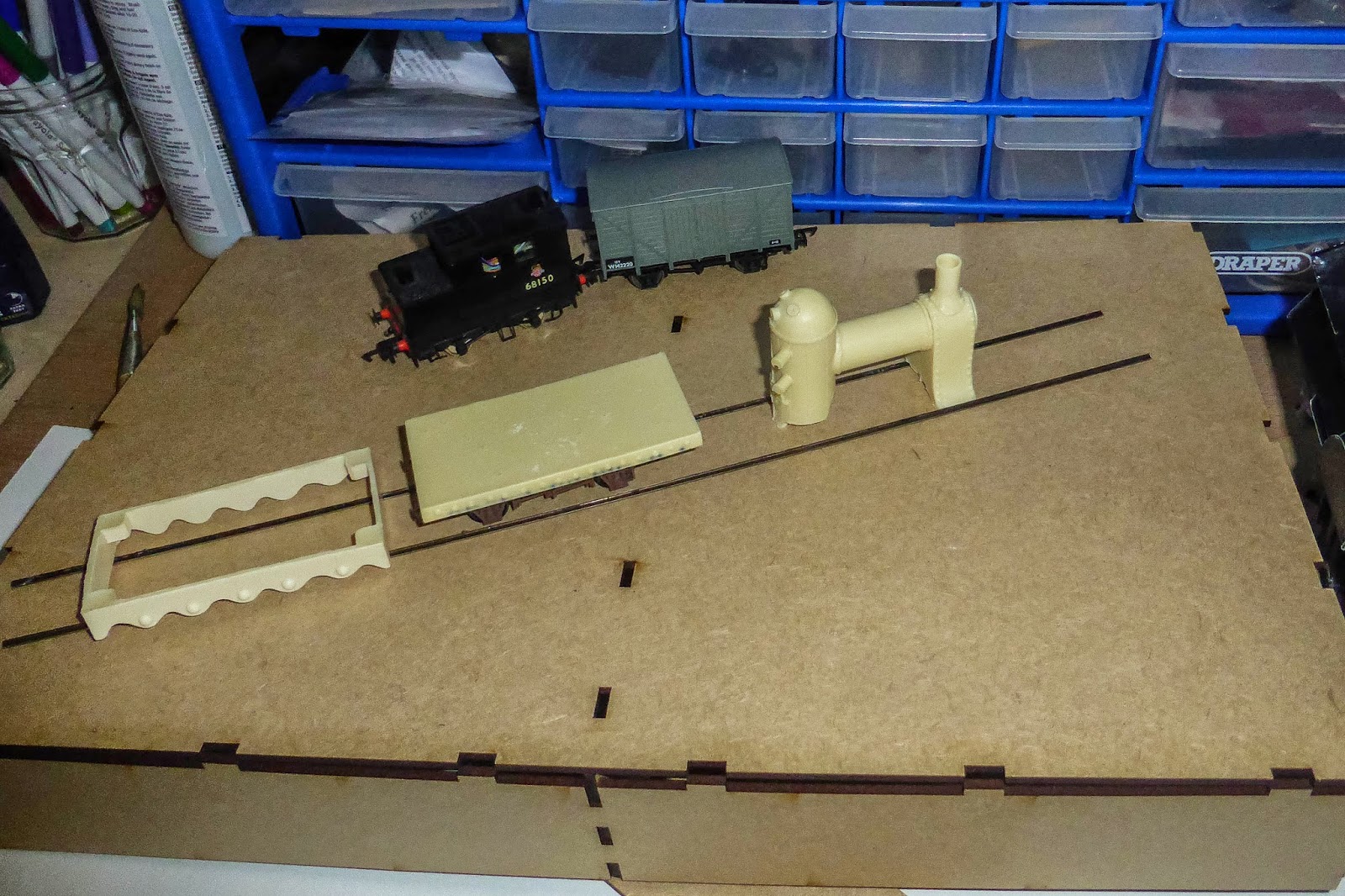