One of the mini projects I have underway is a 4mm scale tramway micro layout.

In some ways this is unfinished business. As well as his three rail O gauge garden railway my father, inspired by trips on the Vicinal  built a crude tramway layout when I was still in nappies. He also did much to promote Hamo and Anbrico trams when he was running his model shop in the early 60's.

My grandfather, great grandfather and a great uncle all worked on tramways. Indeed my great uncle met his death when the Birmingham tram he was driving collided with a church.  He was lucky compared to the great uncle who died in a foundry accident.

One of the first white metal kits I built was of a Birmingham tram, and I was rather proud of it , but I never found suitable seats for the open top deck and time and house moves took its eventual toll on the model.

And as a child growing up in Blackpool and going to school by tram I often dreamed of a model tramway empire. 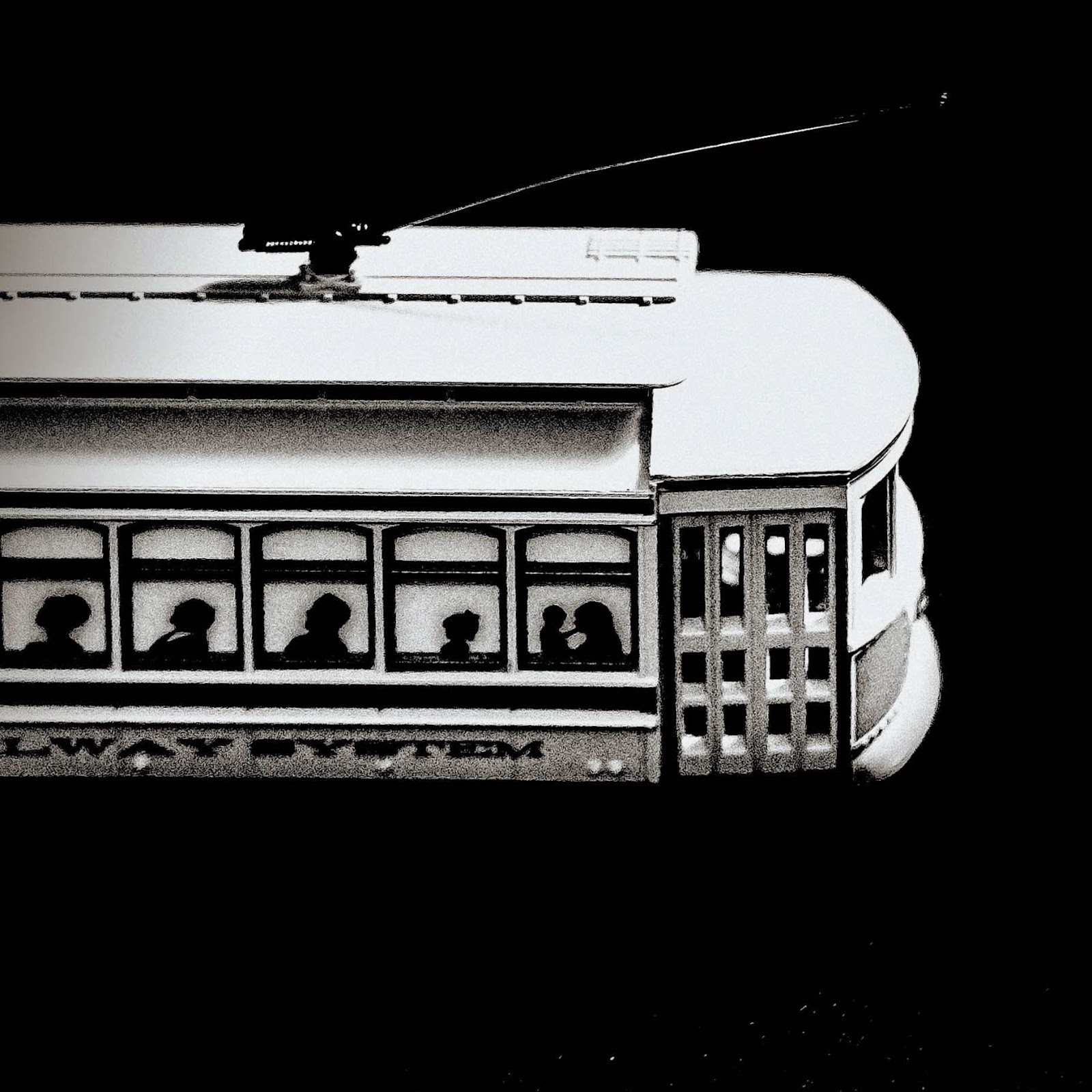 Exactly what form this model will take I'm not yet sure. Despite my obvious links to Blackpool and Birmingham trams I suspect it will have more of a black country interurban  flavour with the Kinver line being a major influence.