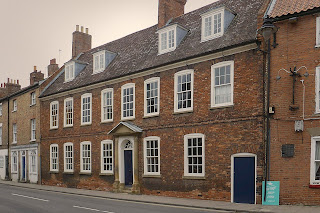 Meanwhile closer to home I seem to have got the hang of 1:1 scale weathering 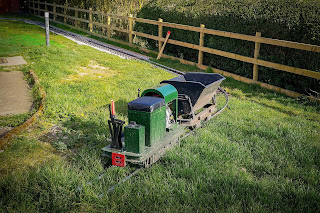 In my last post I mentioned how important viewpoints are to the success of a model of Cadeby. Whilst looking up something completely different on Chris Ford's brilliant blog I came across an excellent example of the type of viewpoint I had in mind. I've edited it slightly to bring it in line with the scenes I'm trying to capture. 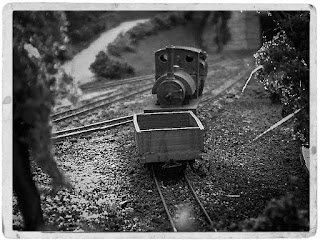 So imagine this with a shed on the right hand side and an overgrown fence running down the left, or the loco disappearing between a large tree on either side into a wooded area bounded on one side by a road and on the other a garden.
Posted by James Finister at 12:46 No comments: 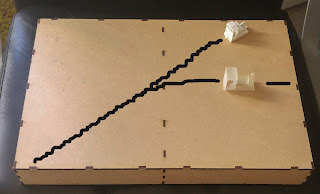 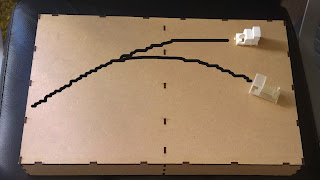 
Posted by James Finister at 06:05 No comments:

As a comparison I ordered it in White Flexible Plastic , but clearly it is going to take a little more work to prepare it for painting 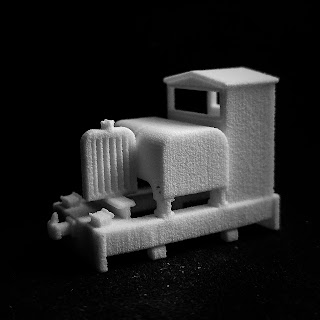 A big box arrived from Shapeways today. Although I've got several things on order it contained  just one small bag, inside of which was this: 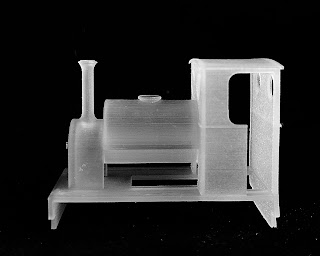