Building the baseboards for Upwold has felt like a long slog at times. In reality they have gone together quite quickly in terms of working hours. Most of the delay has been down to trying to find time, the constraint of never having enough clamps, and waiting for glue to dry. Oh yes, and because most of my woodwork has to take place outdoors the weather has been a factor as well.

I had some bleak moments today though.

The first was whilst trying to clamp together the base for the traverser table. It took me far longer than it should have done to realise that the clamps I were using weren't actually clamping on the right combination of parts..

I also ran into a few avoidable issues with establishing  the best method of joining the baseboards in the correct alignment. In the end I've gone for a combination of techniques. I'm using some lightweight dowels and toggles from Station Road Baseboards for those times when I'm going to want to quickly join the boards together during construction, but for semi-permanent alignment I'm using  C+L tee nuts That was a late decision, and to be honest once I've got the boards mounted on legs it might prove to be overkill, but I was worried by the lack of rigidity relying on the just the dowels and toggles.  I would have made life easier for myself had I drilled the holes for the |bolts earlier in construction.

And then, just as I finished, I remembered that I had some removable pin hinges lying around, which is what I'd originally planned to use and would probably have been the best all round option.

And then, just as I was putting everything away, it suddenly dawned on em that I'd made no provision for cabling between the boards. Fortunately a hole cutter sorted that problem out fairly quickly.

Posted by James Finister at 13:37 No comments:

Baseboard construction  for The Art of Compromise based layout is proceeding slowly and steadily. Various distractions are causing silly delays.I'm not too bothered to be honest. I know I'm making progress, and various other little projects are coming together at the same time.

In the meantime I've been doing more thinking around TAoC. I'm increasingly convinced that the Fairford branch influenced Roy Link's thinking. So that is what I'm planning on using for my inspiration for this incarnation, before reverting to the TVR for the next layout.

The branch is well documented on line, and last year saw the publication of a new photo album by Stanley Jenkins. He, you will remember, was also responsible for the article on South Leigh station in the same copy of the Modeller as TAoC.

The one feature of the prototype I think I'm going to adopt that was missing from Roy Link's plan is locating the signal box on the platform. On the other hand I'm still planning to follow his suggestion of using the station shelter from Wilmcote, and the buildings are going to be brick rather than timber or Cotswold stone.

I think I'm also going to use his suggestion for the station's name  - Upwold
Posted by James Finister at 14:25 No comments: 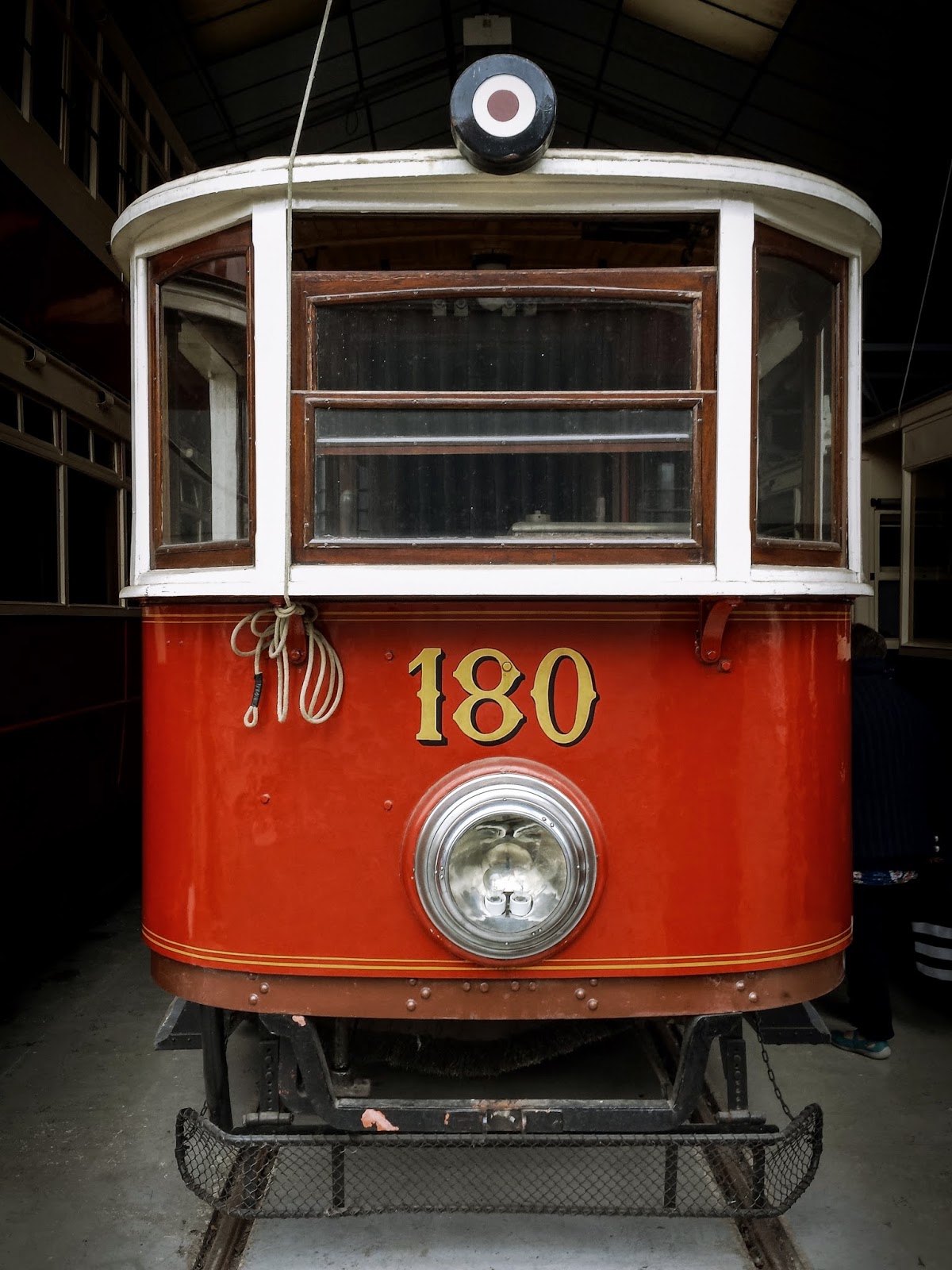 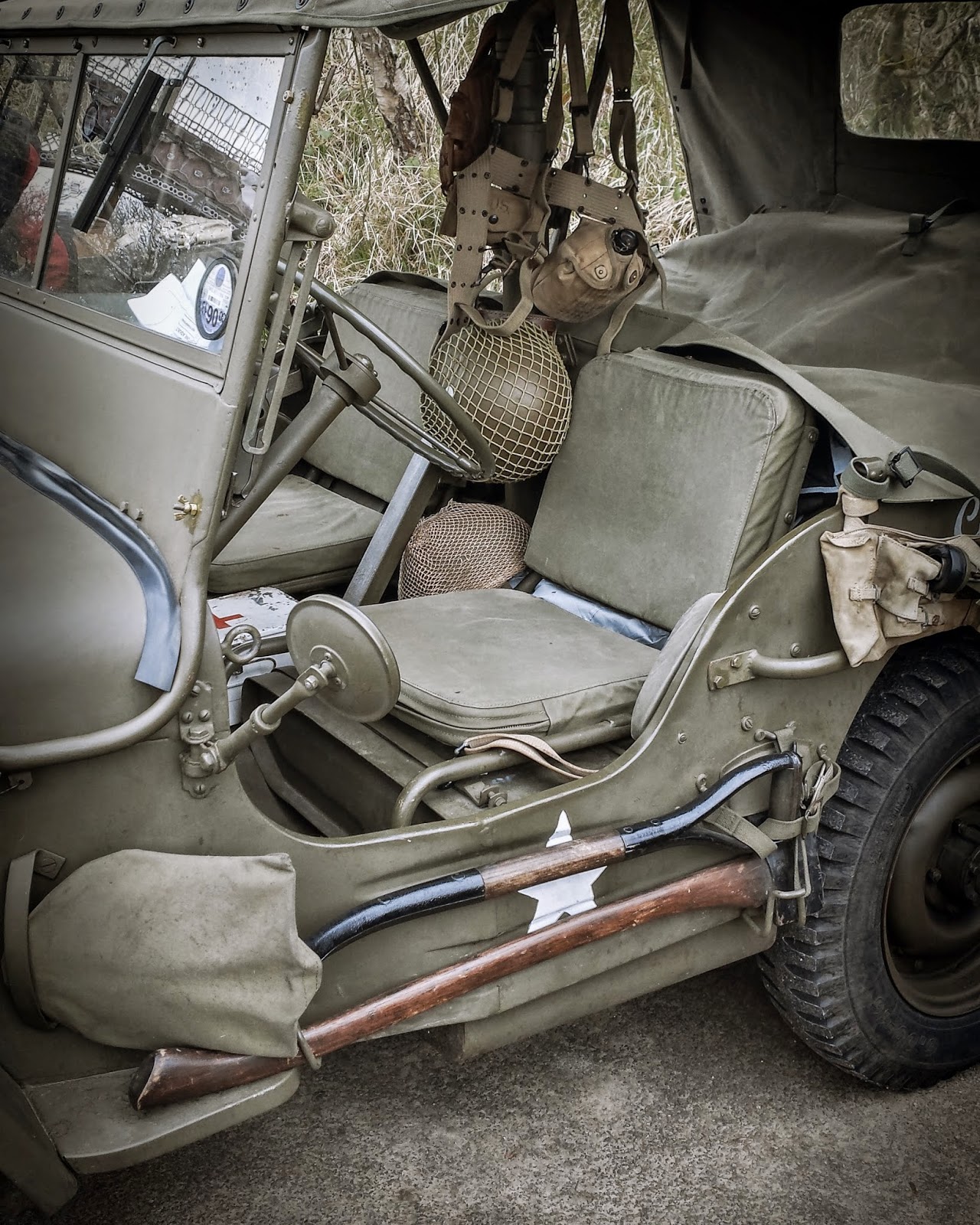 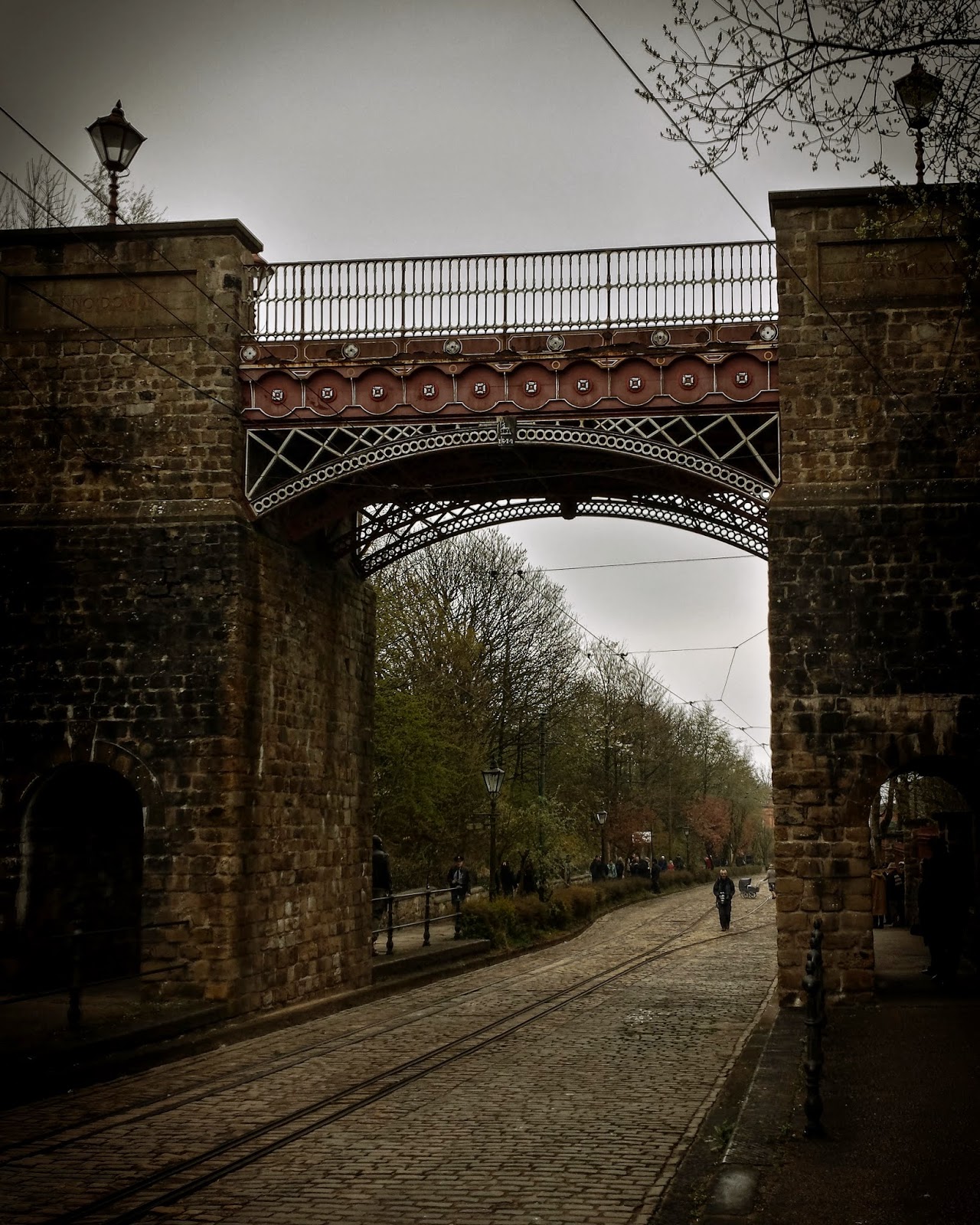 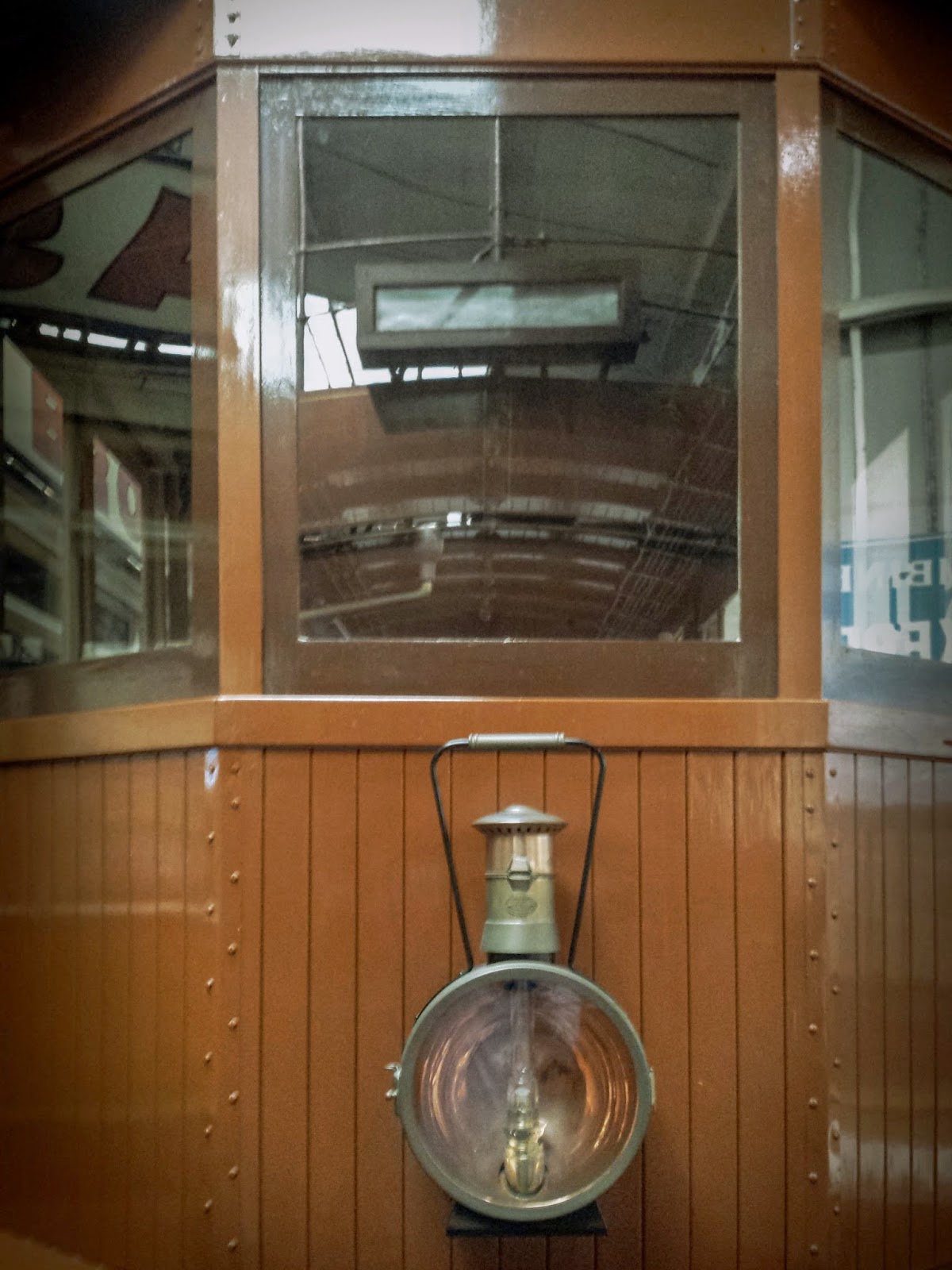 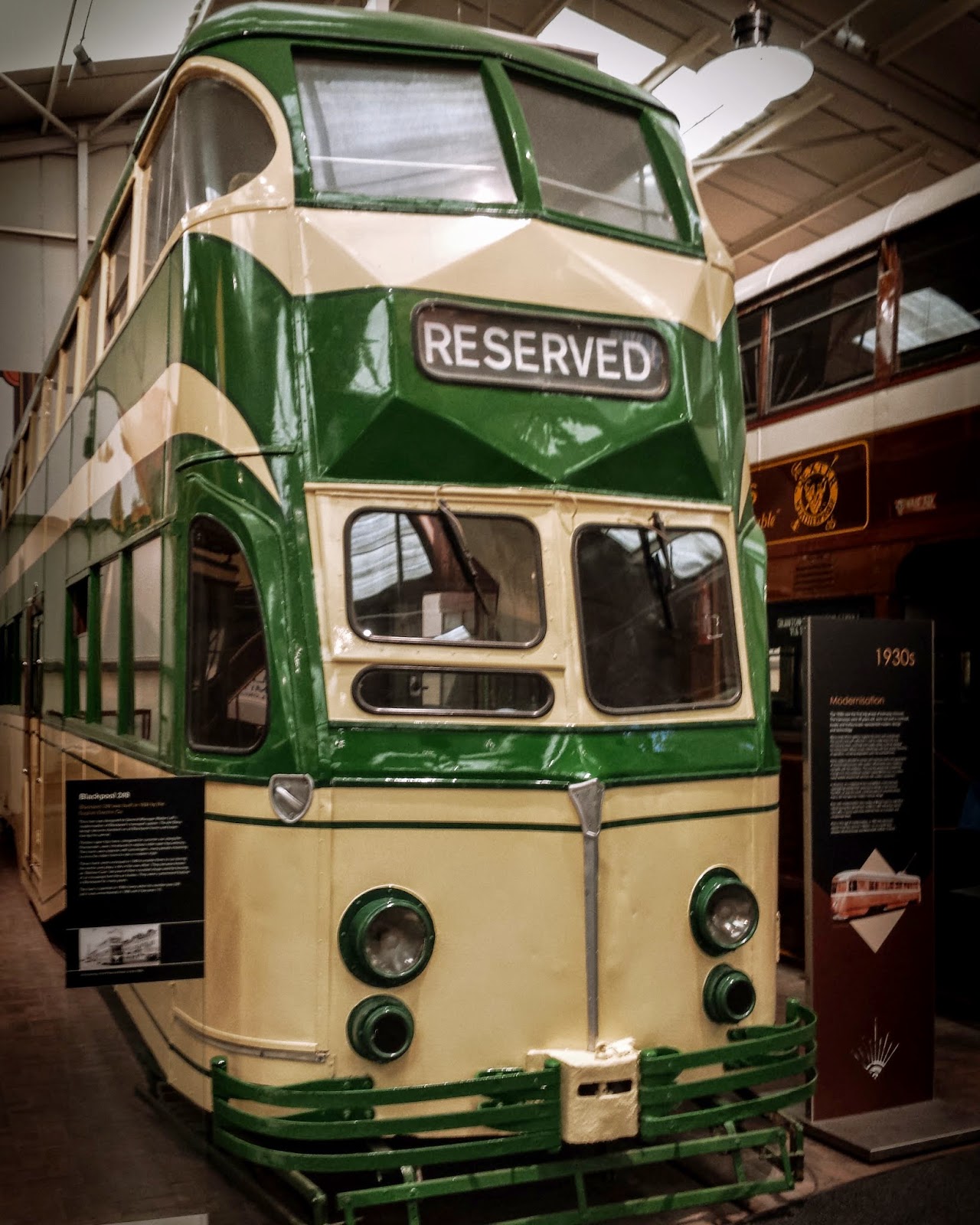 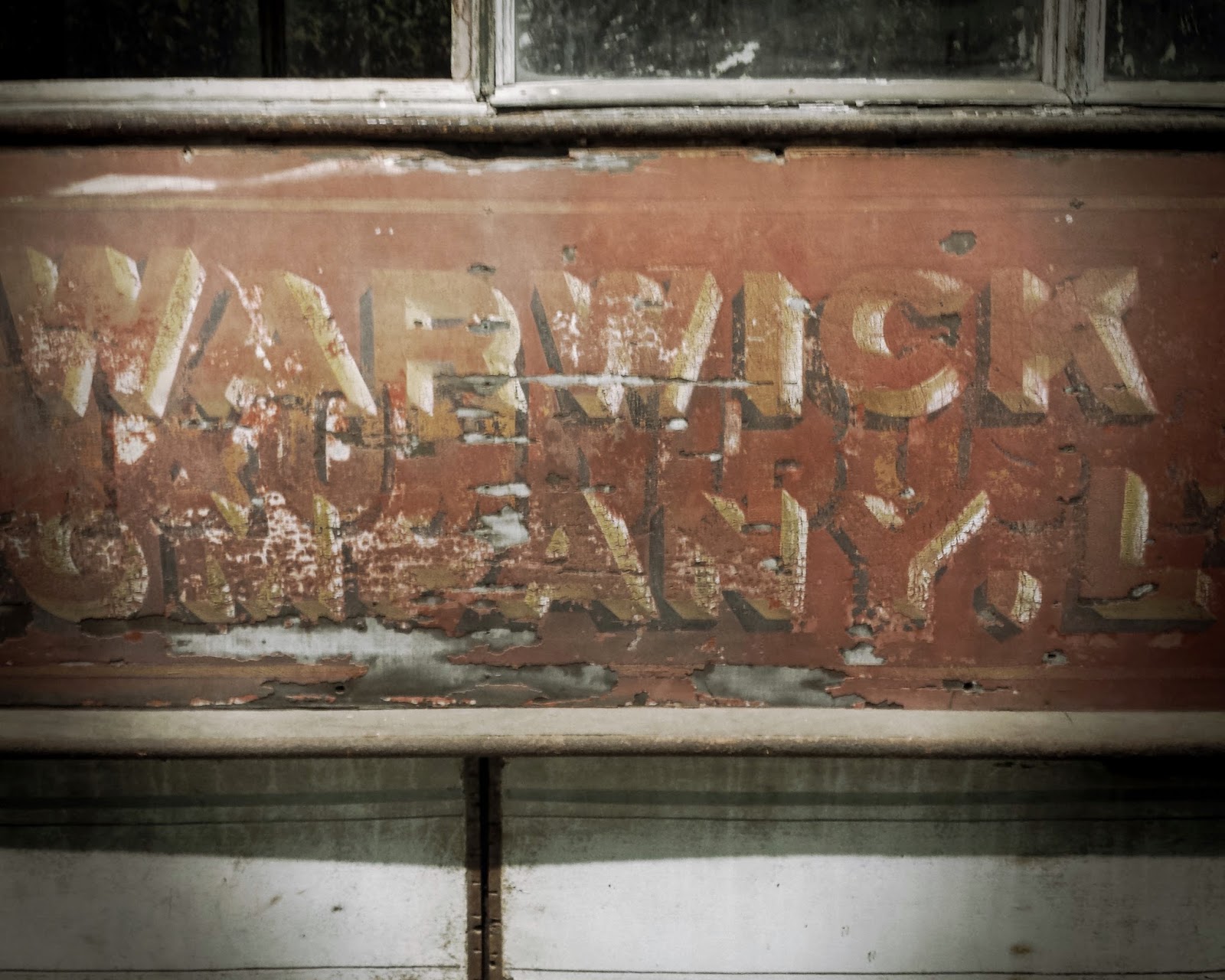 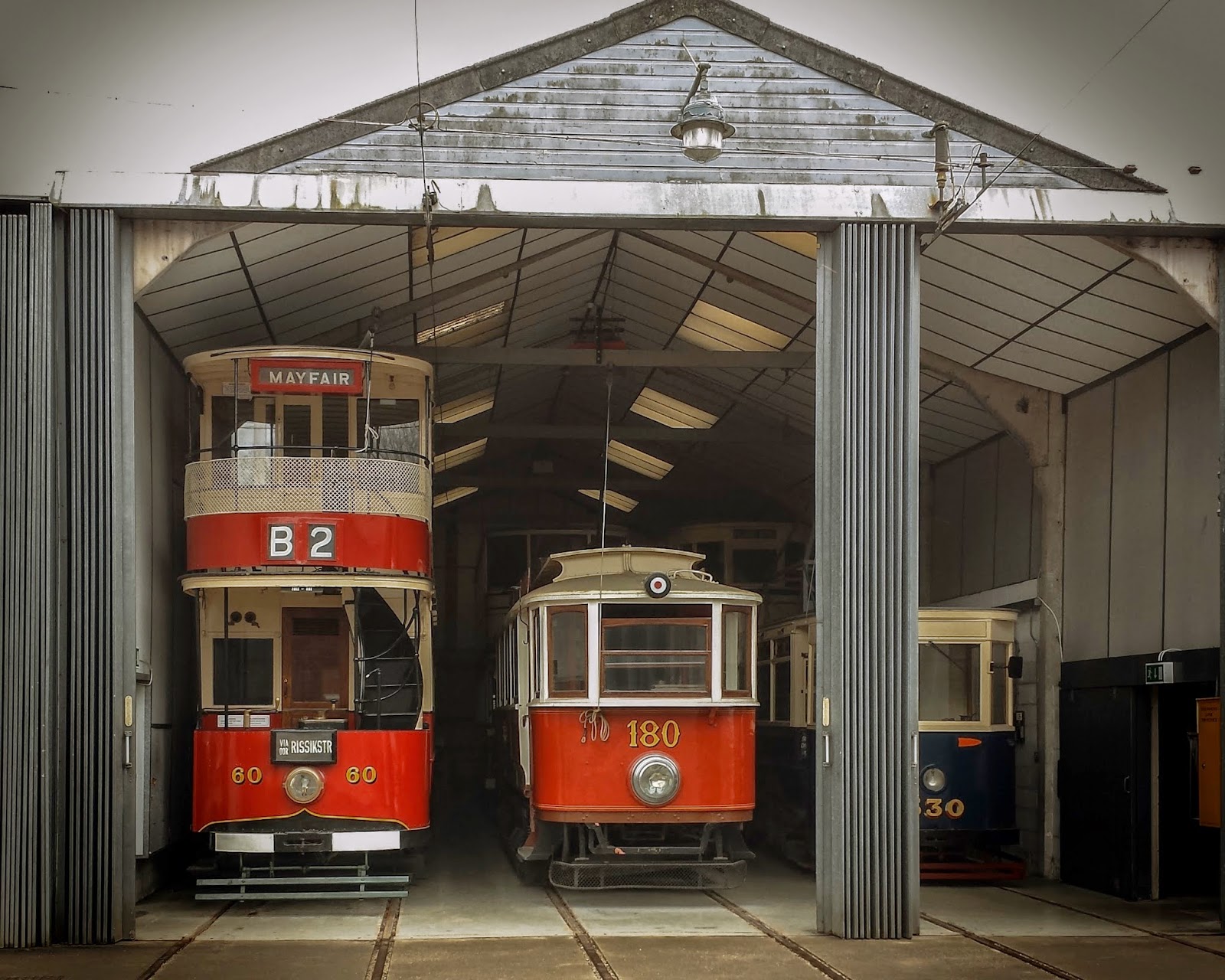 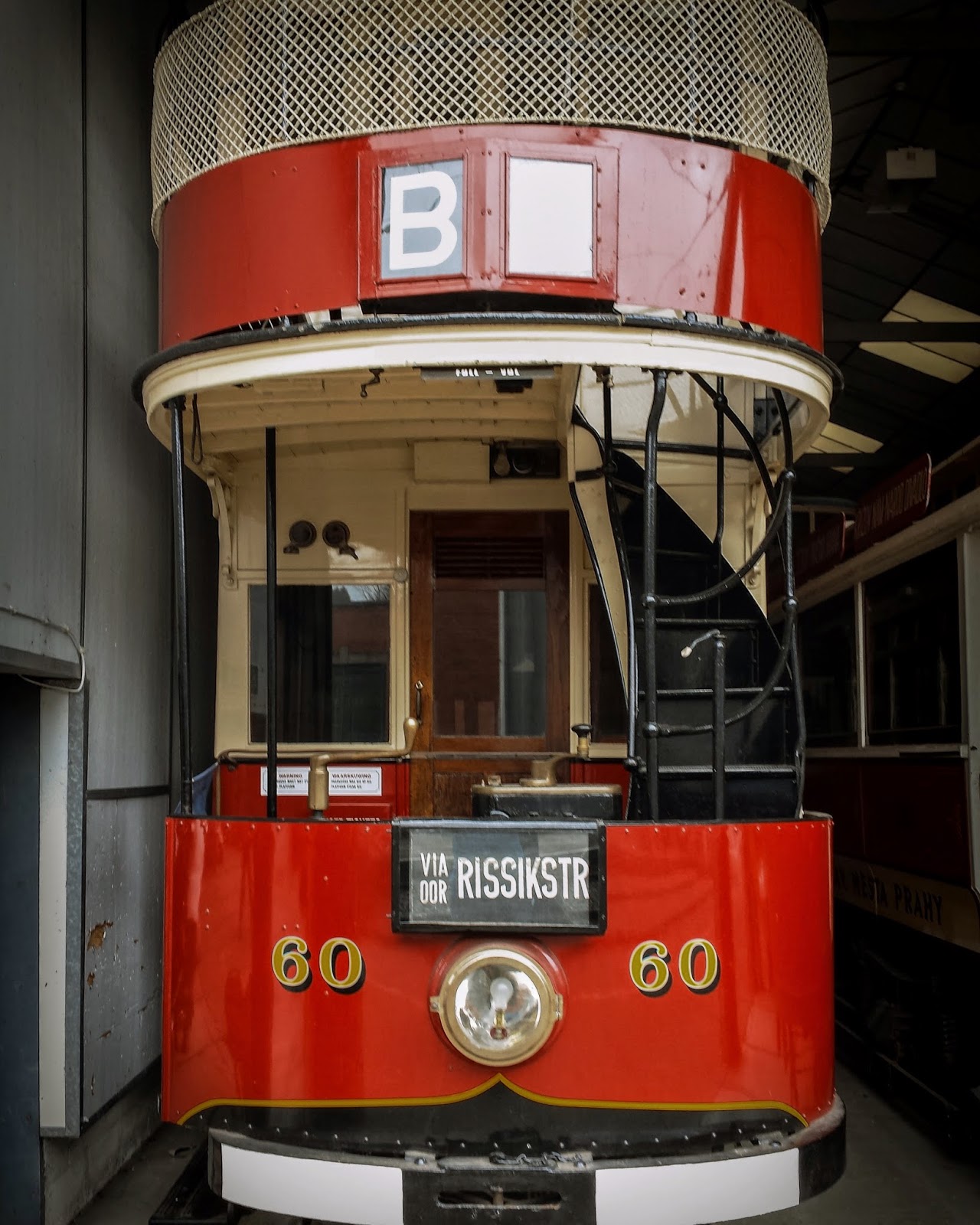 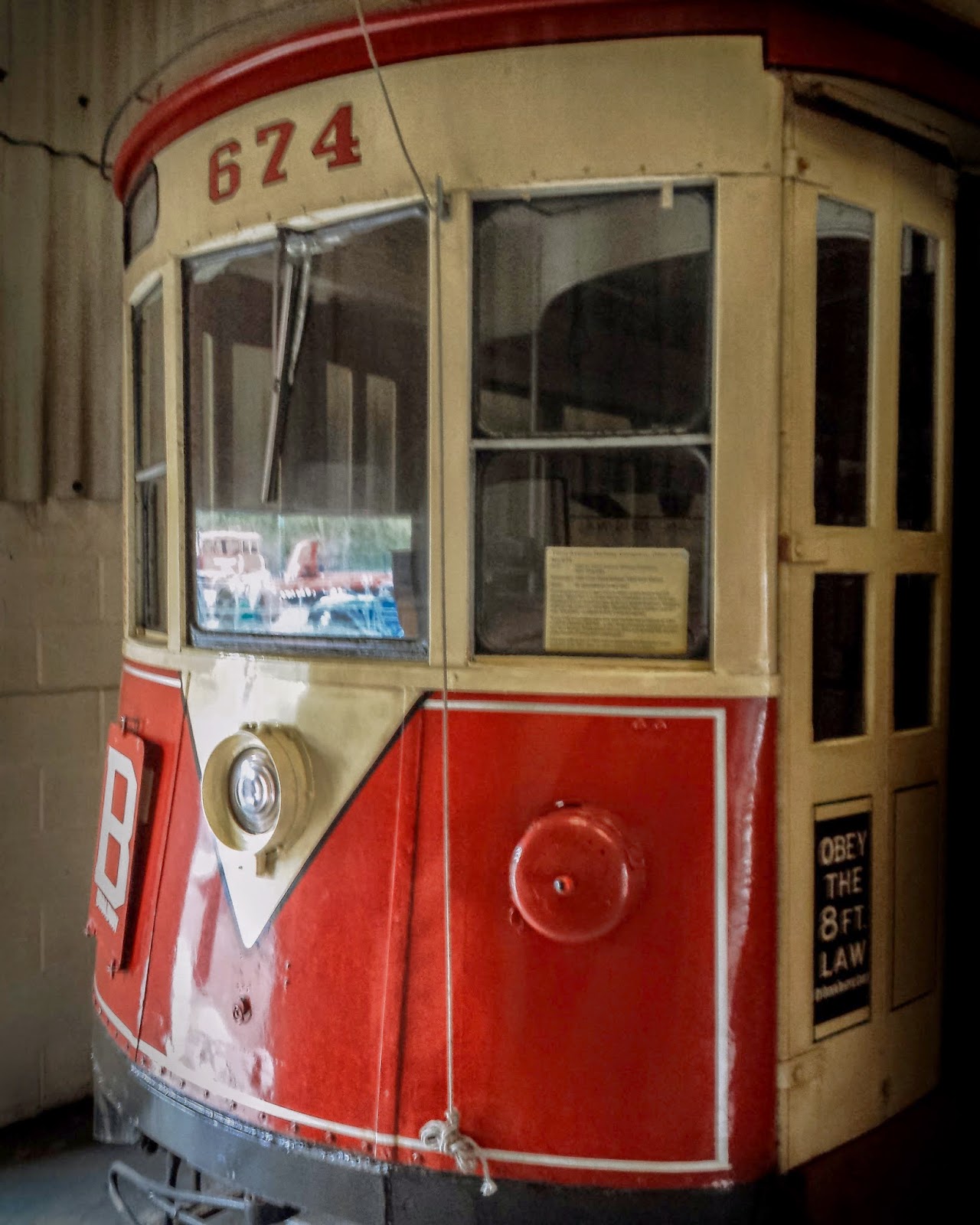 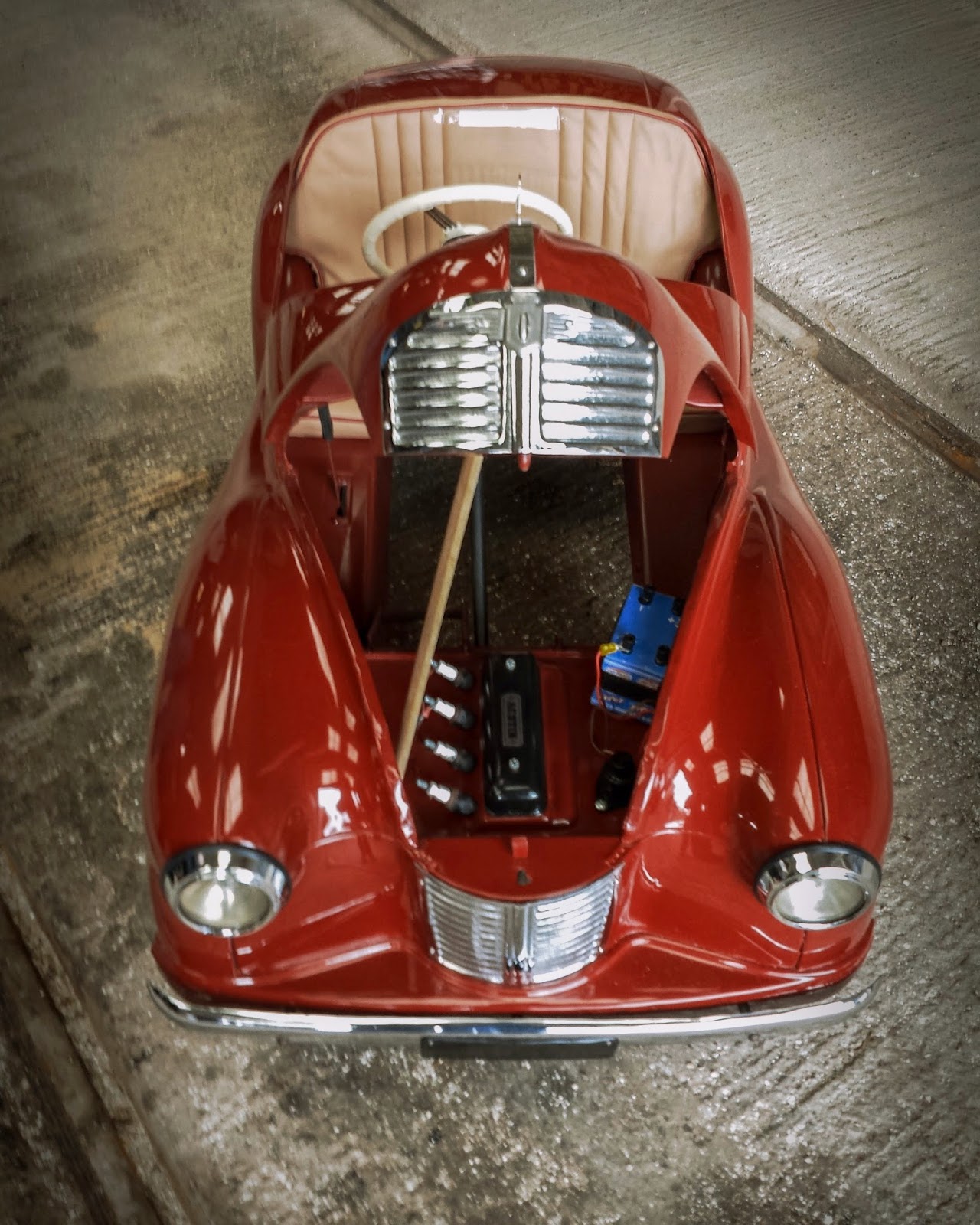 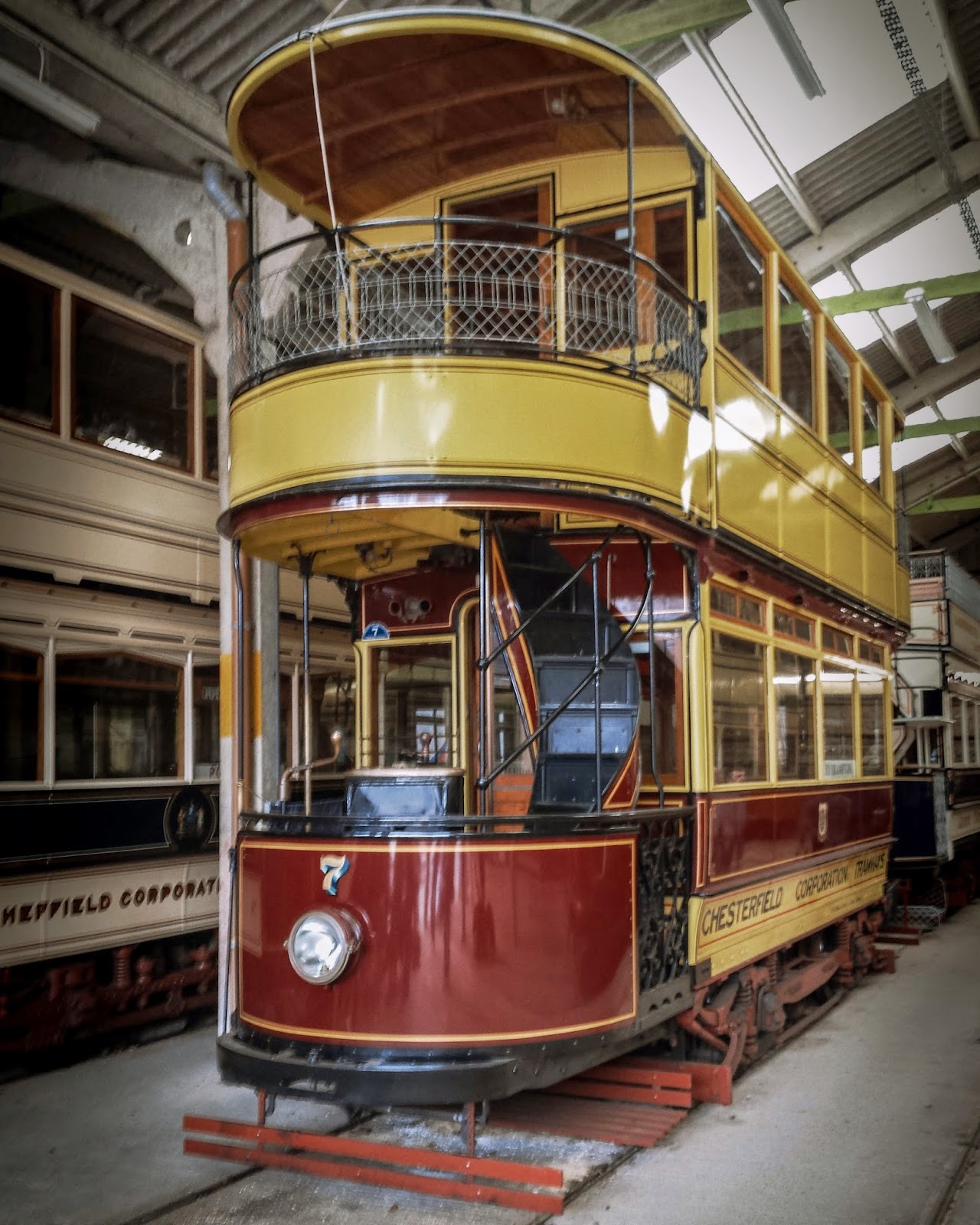 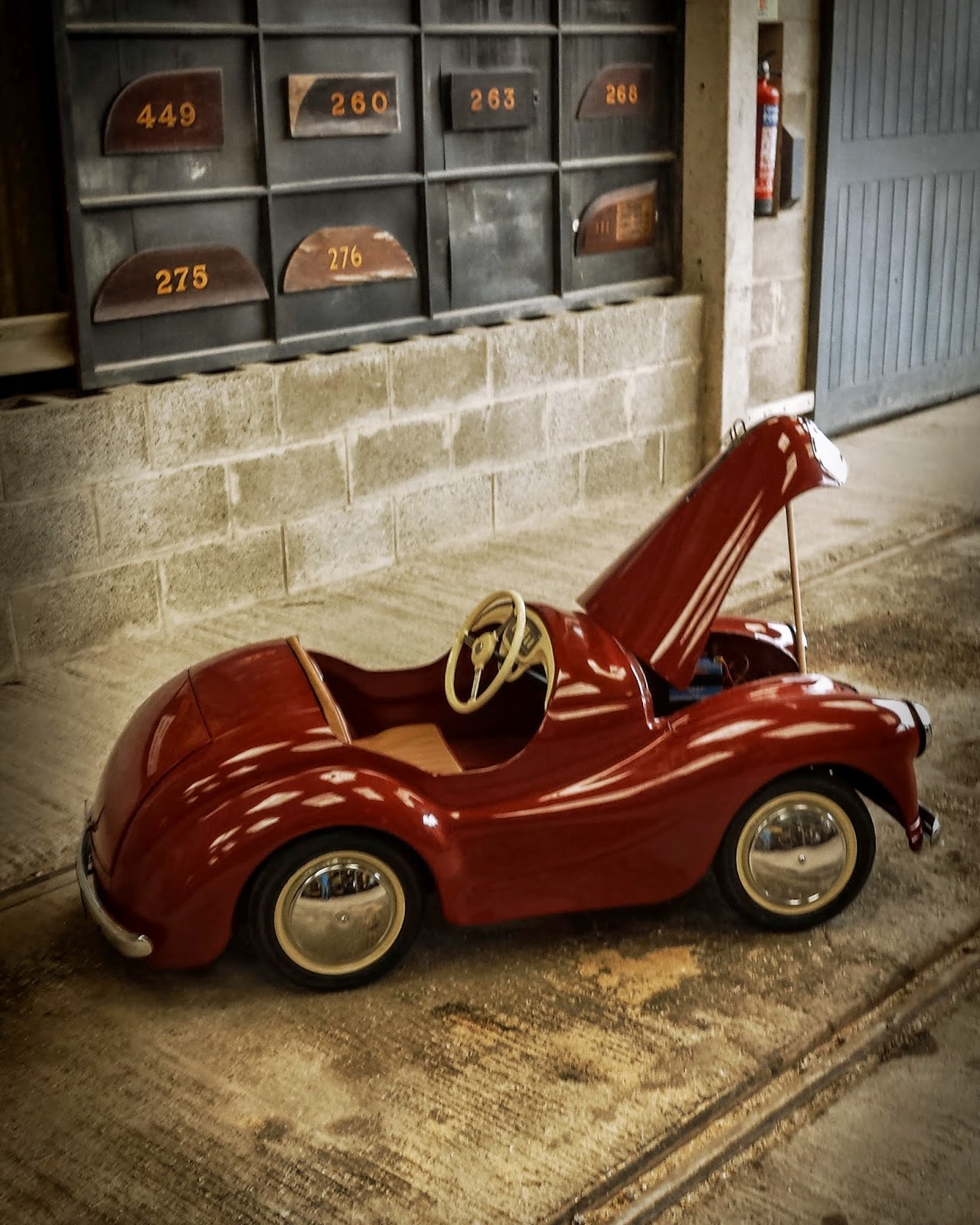 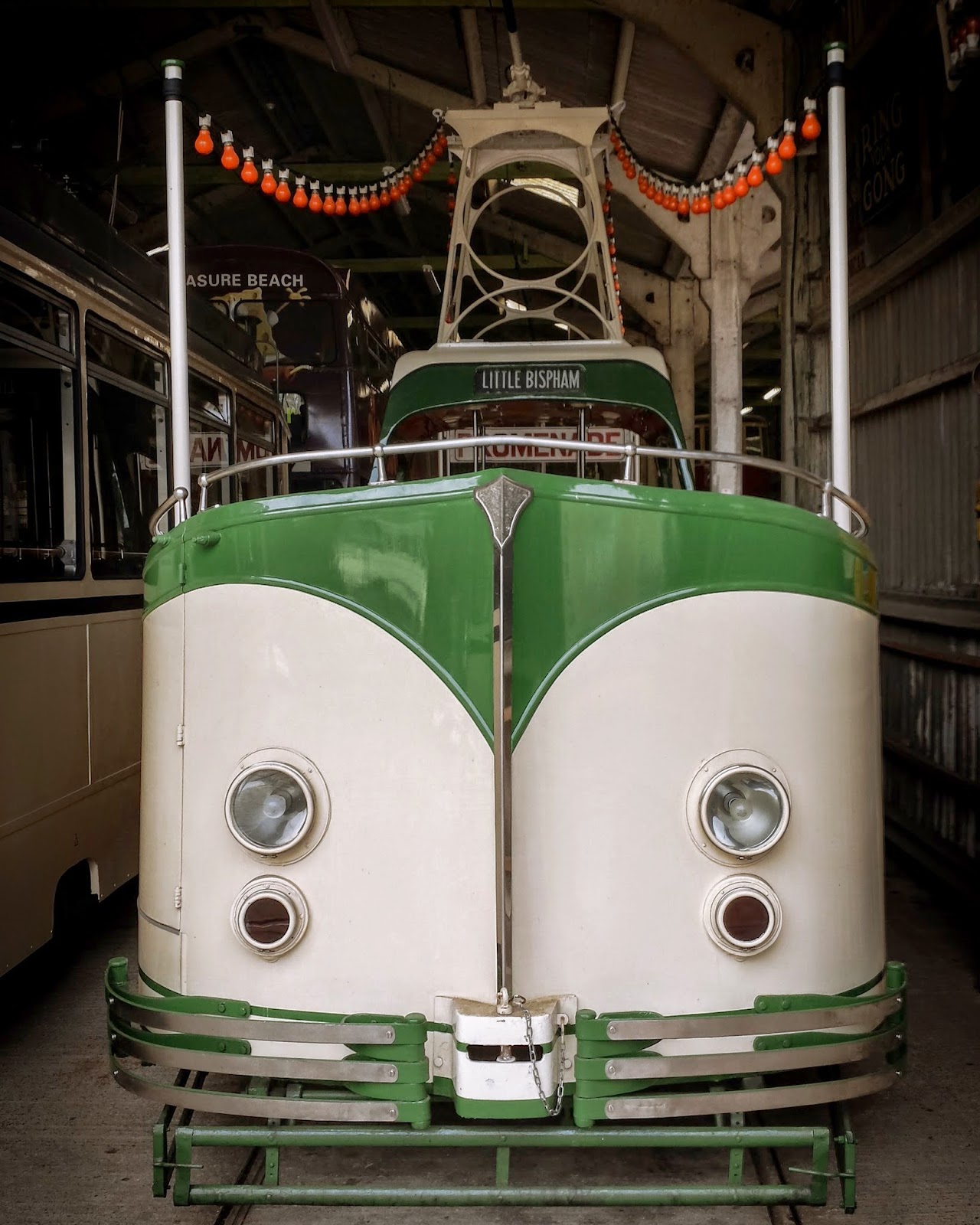 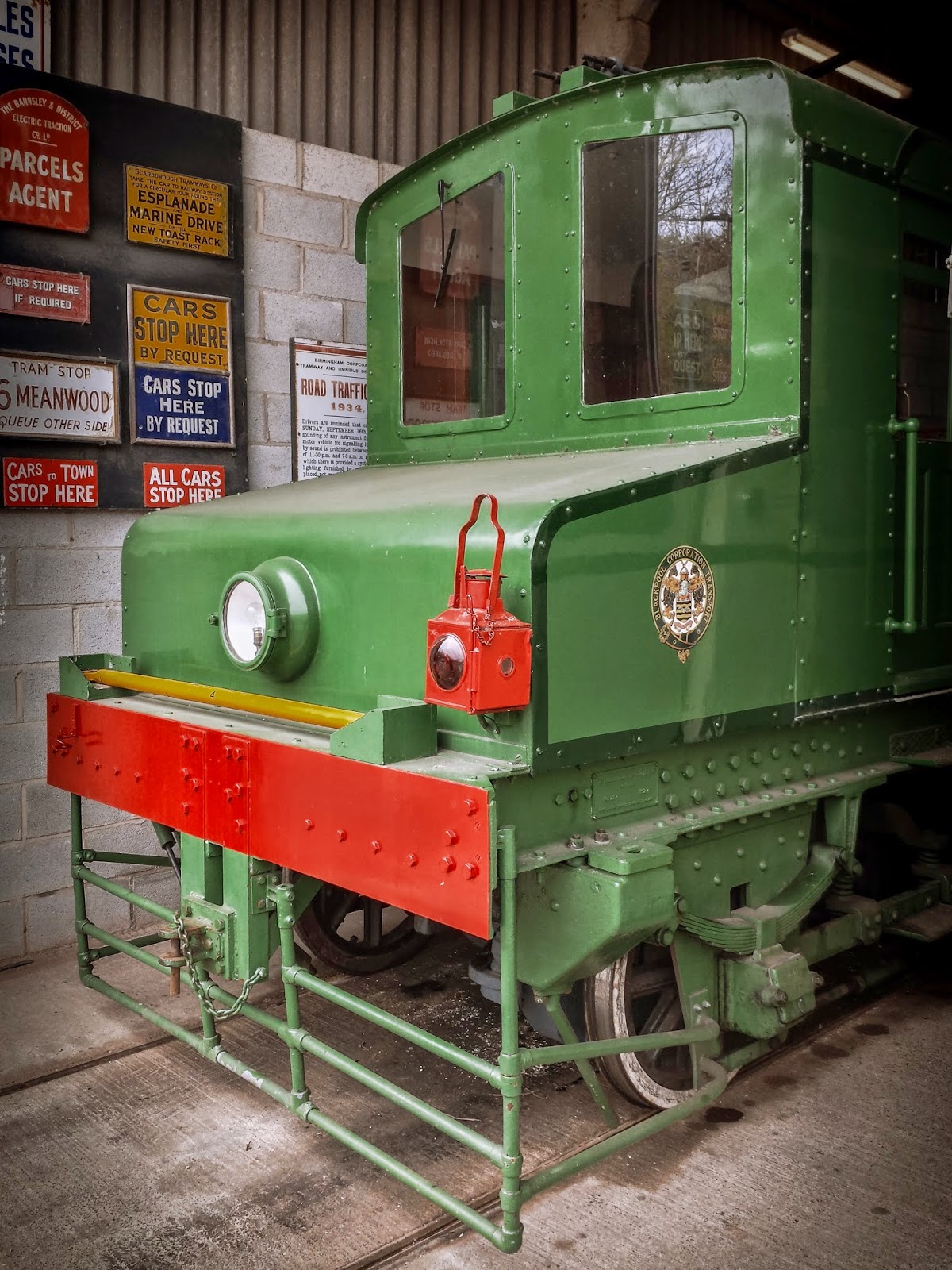 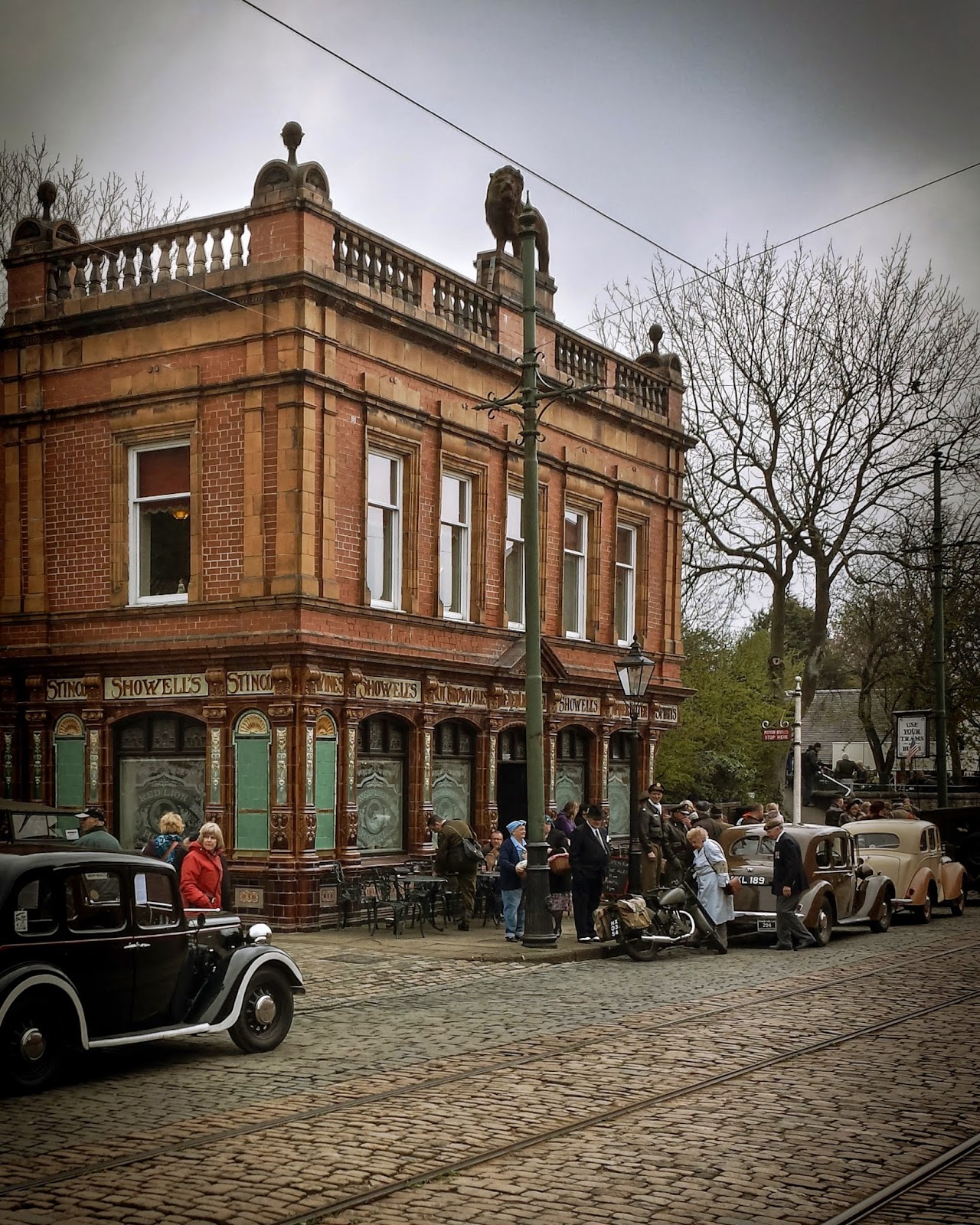 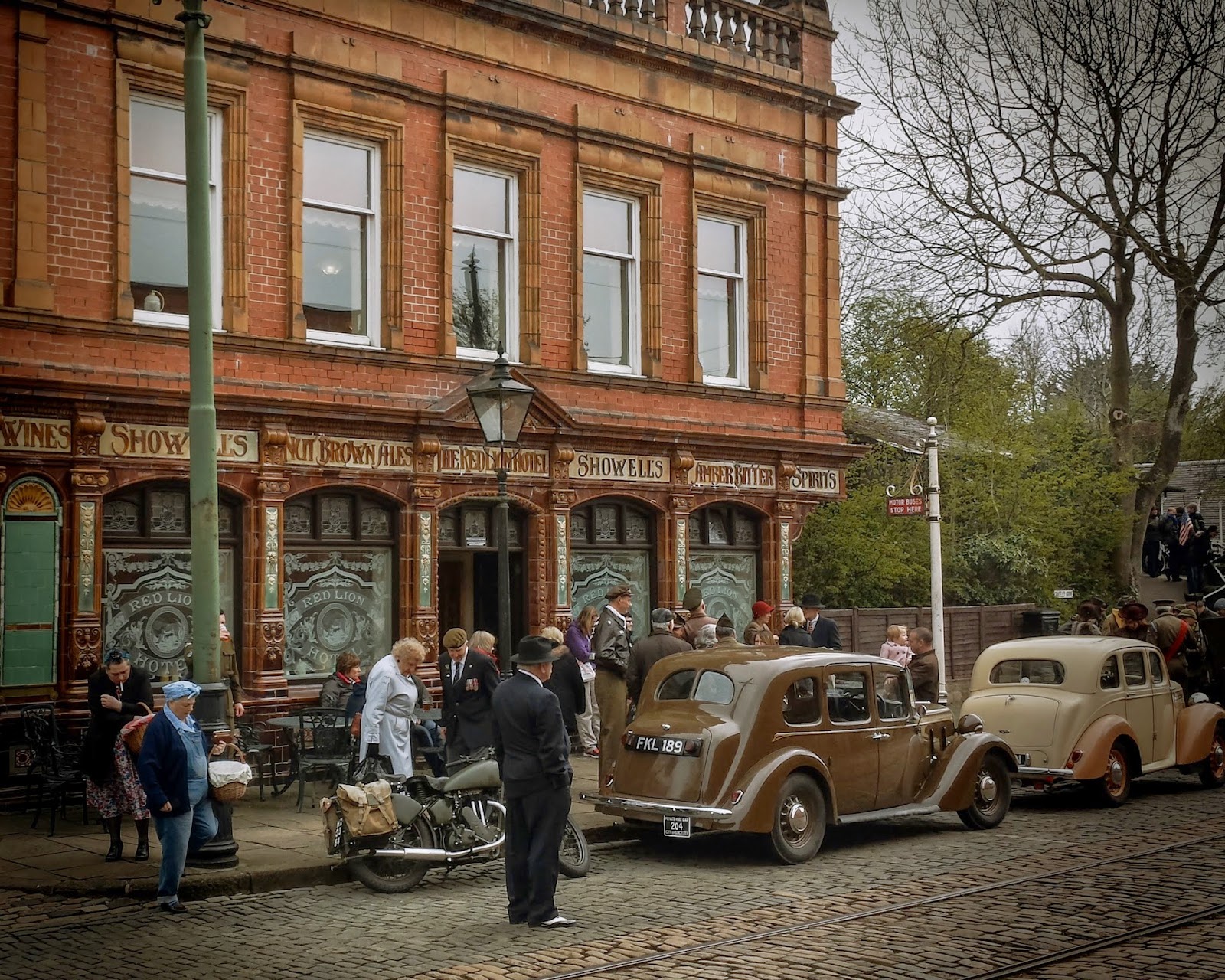 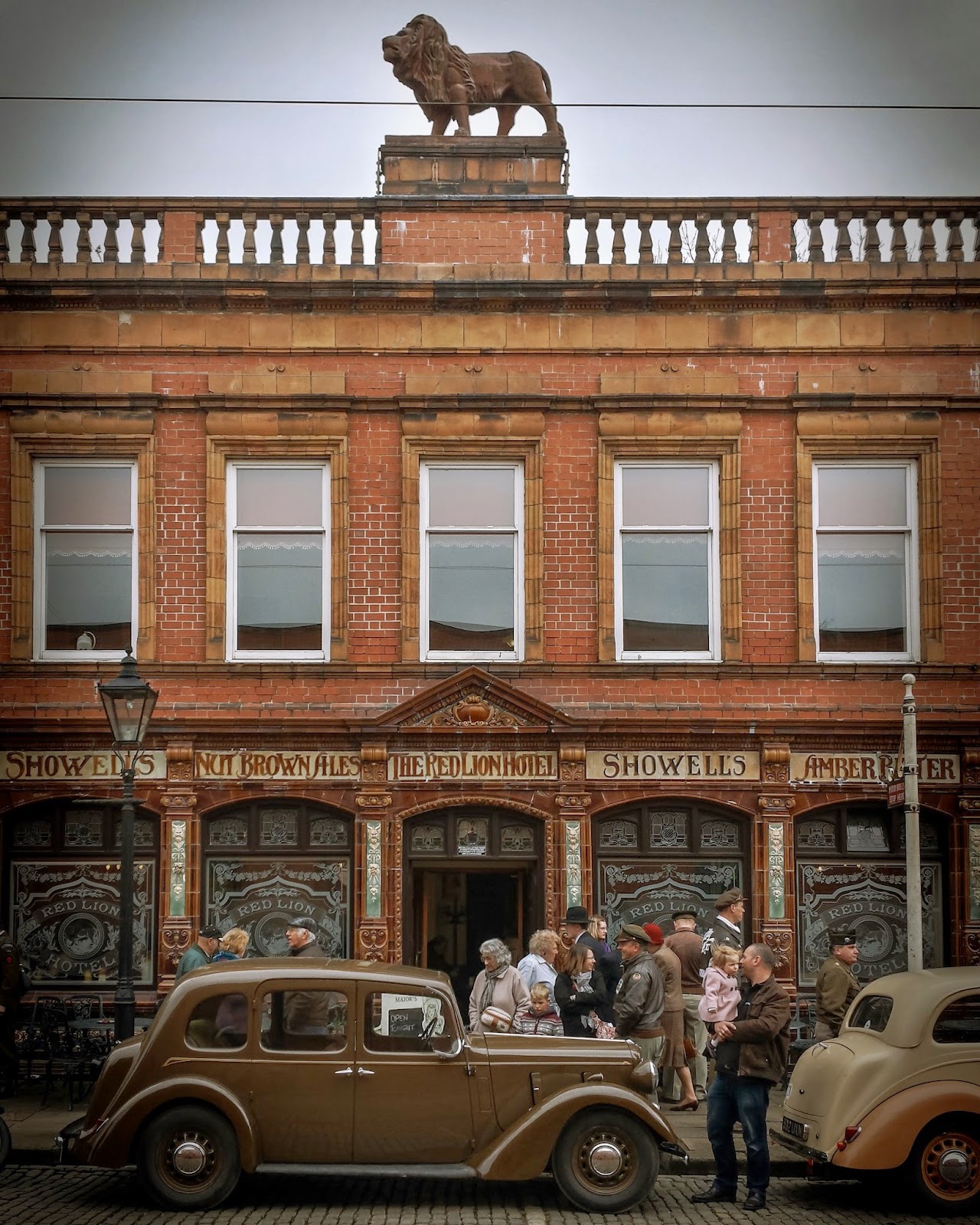 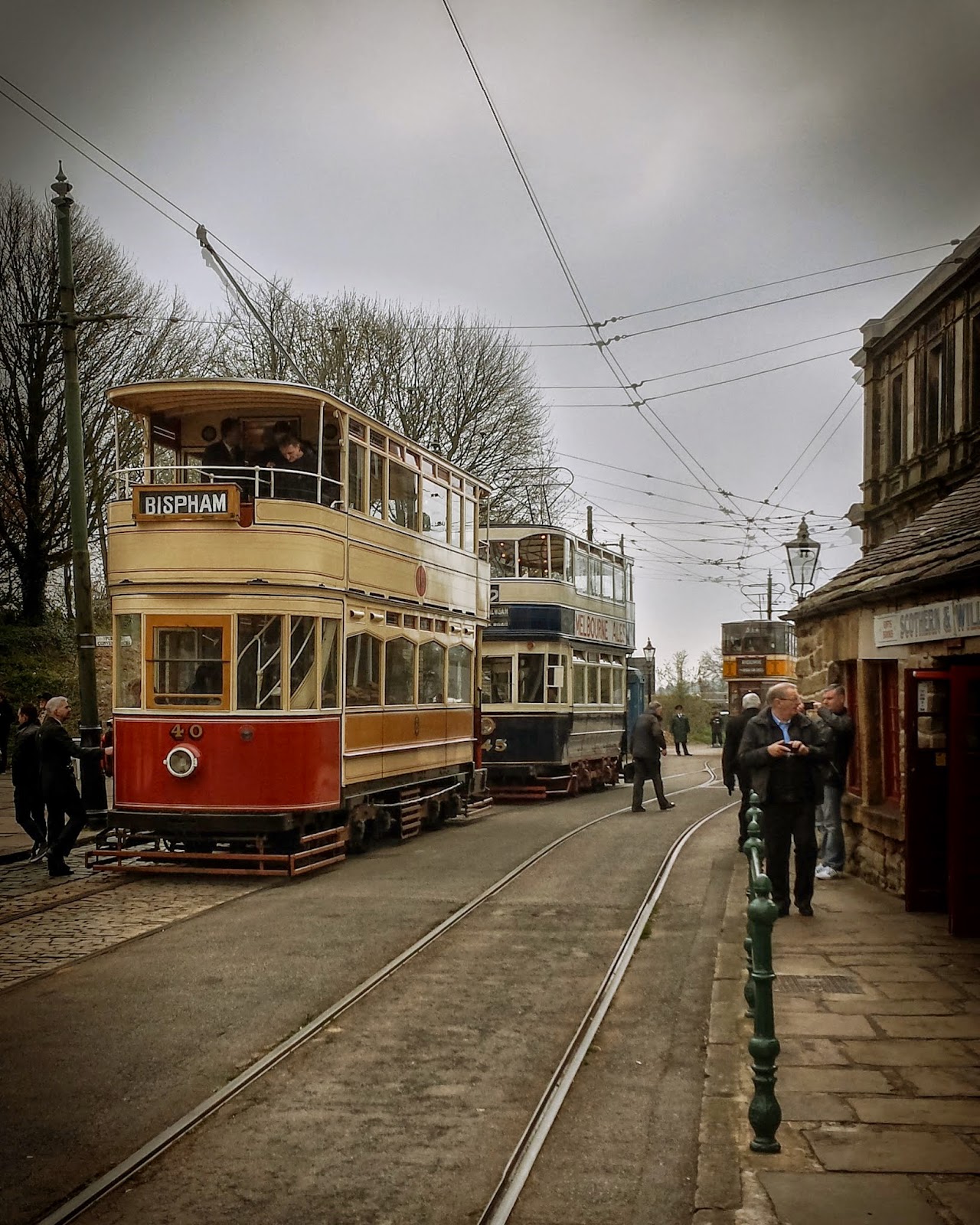 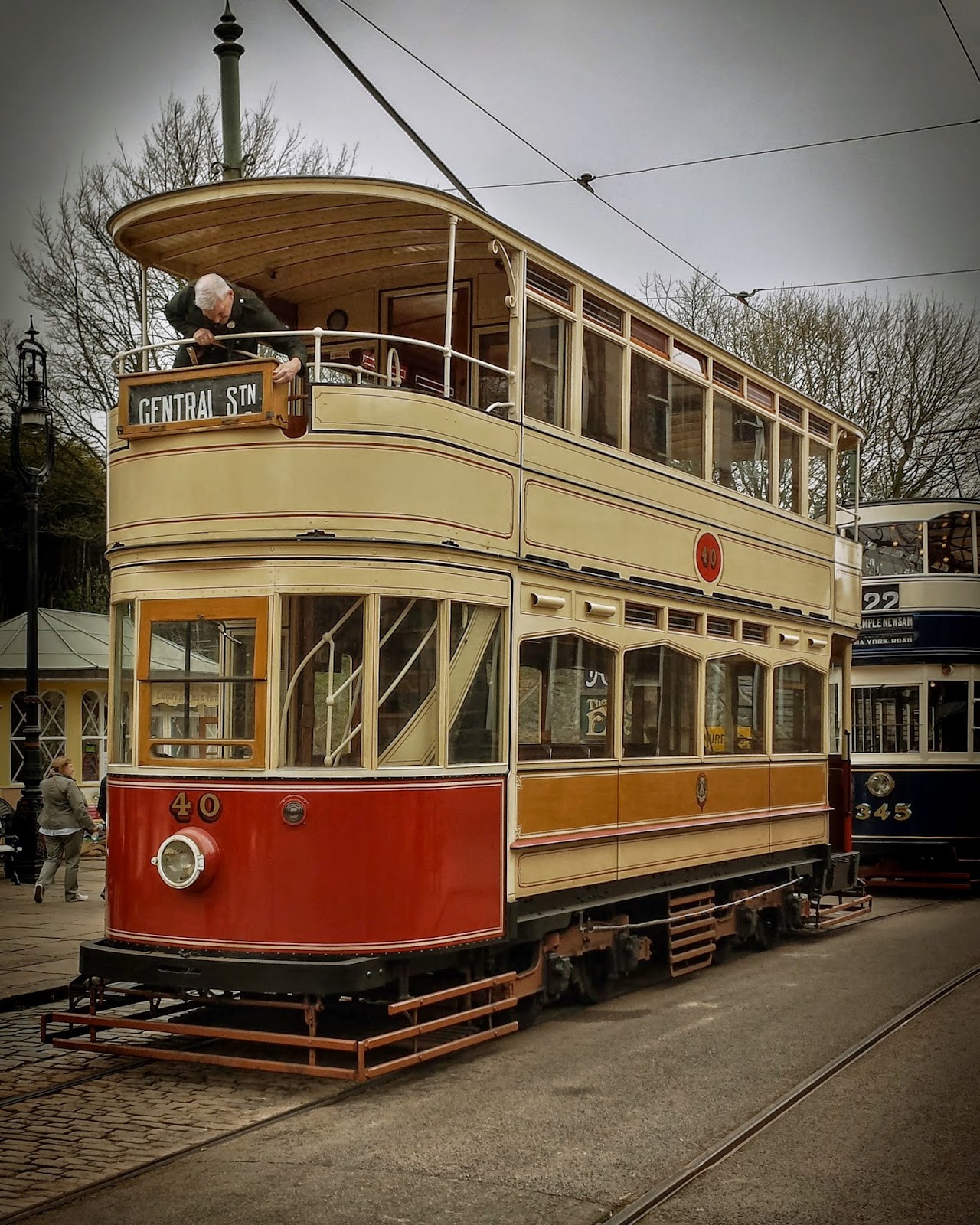 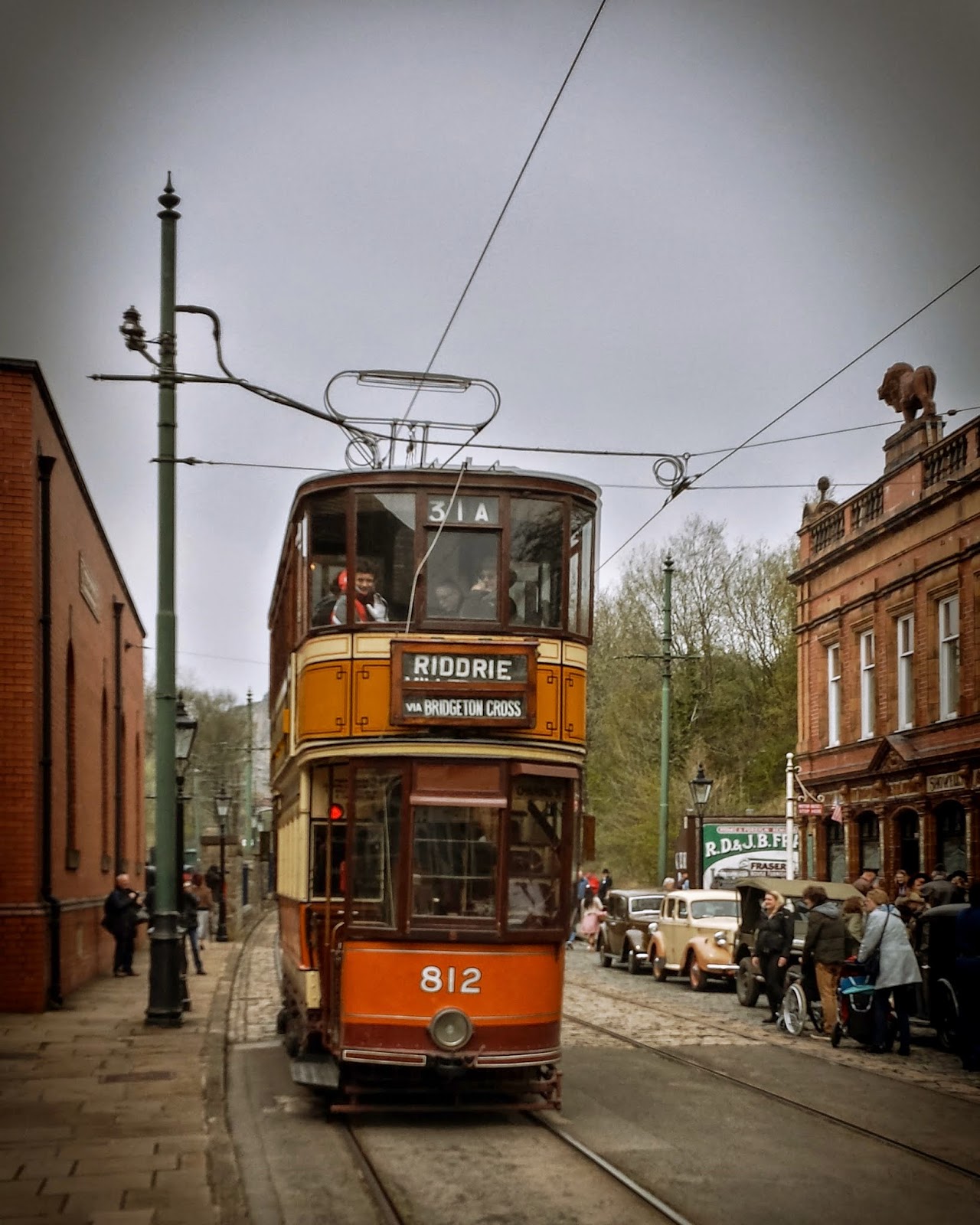 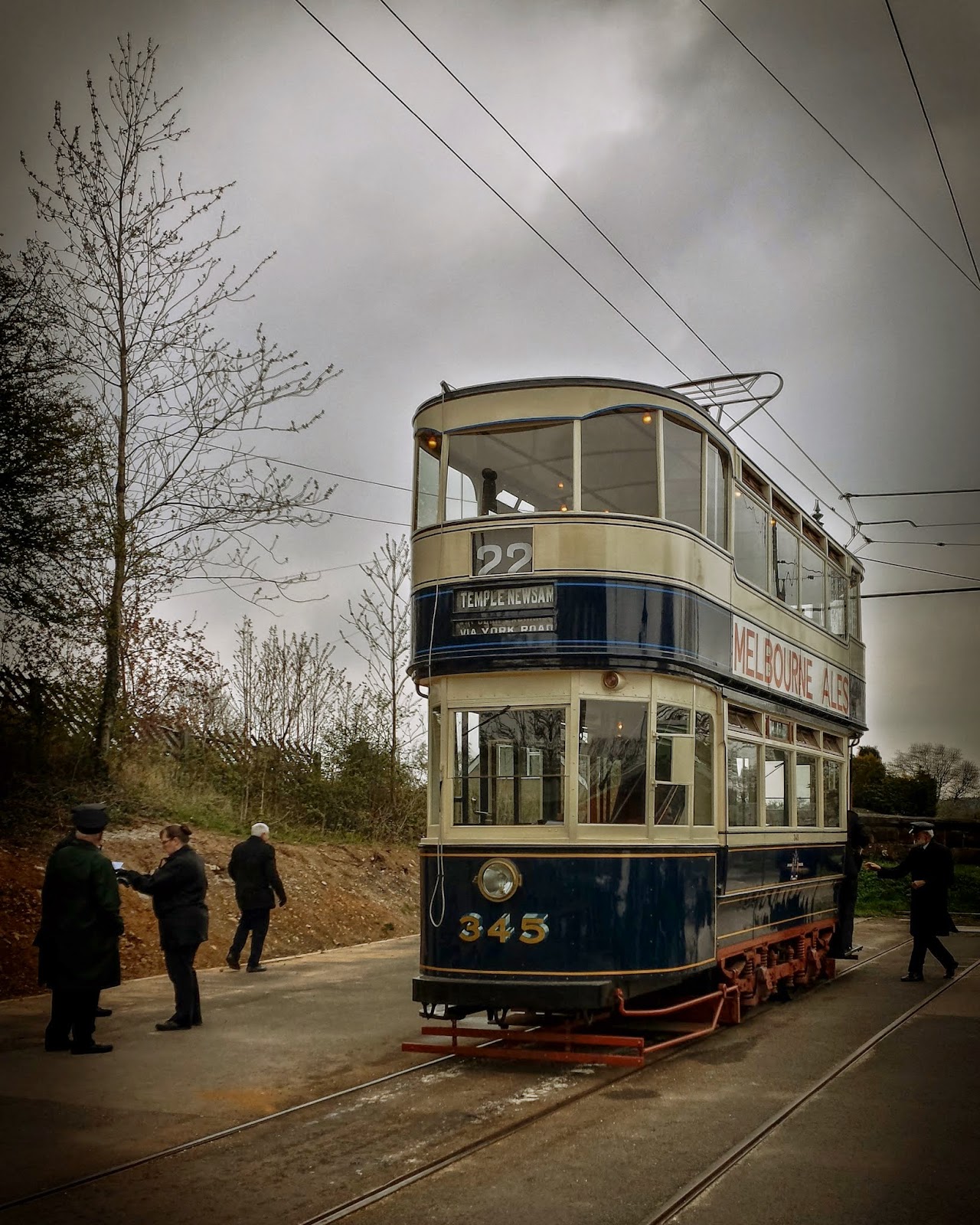 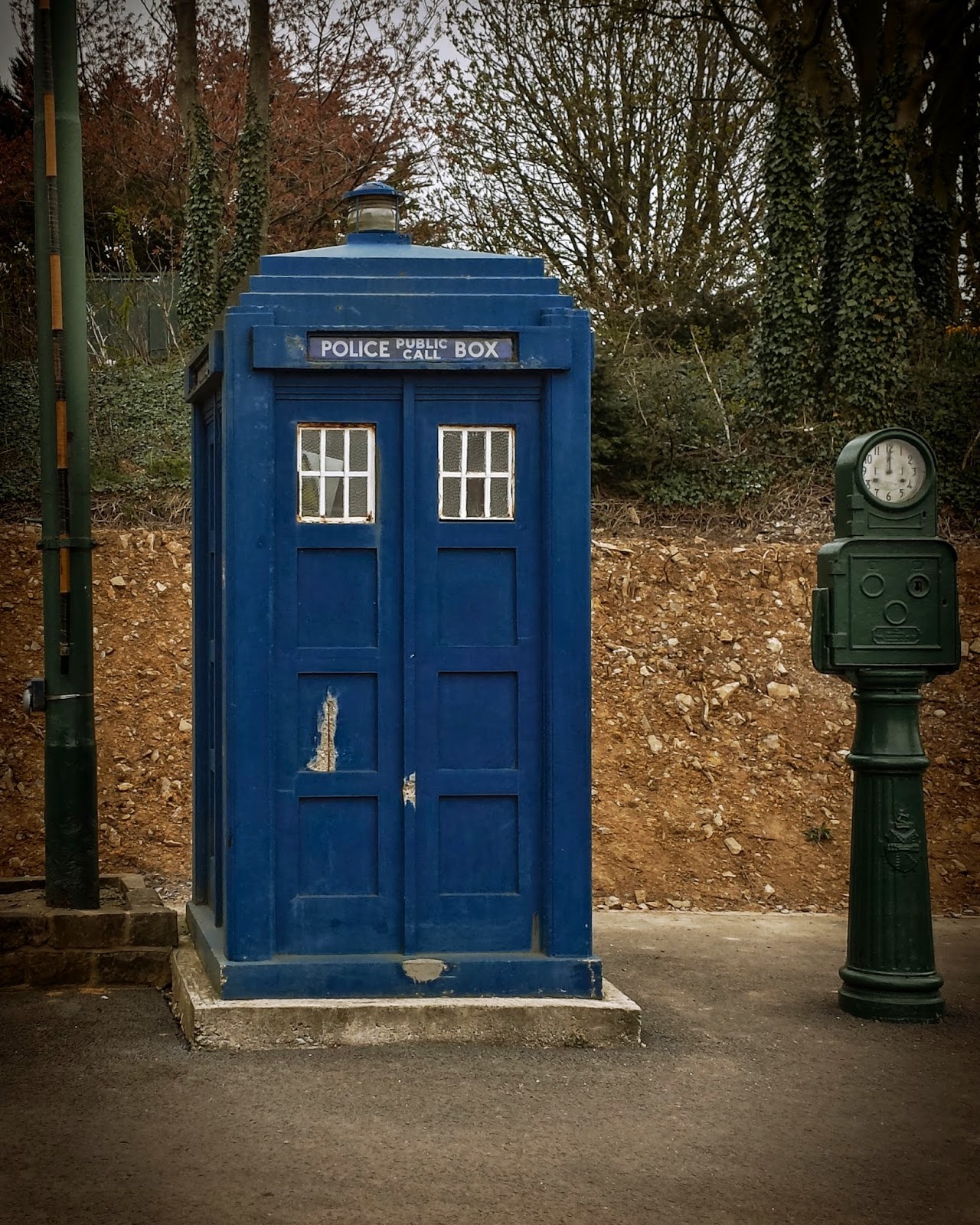 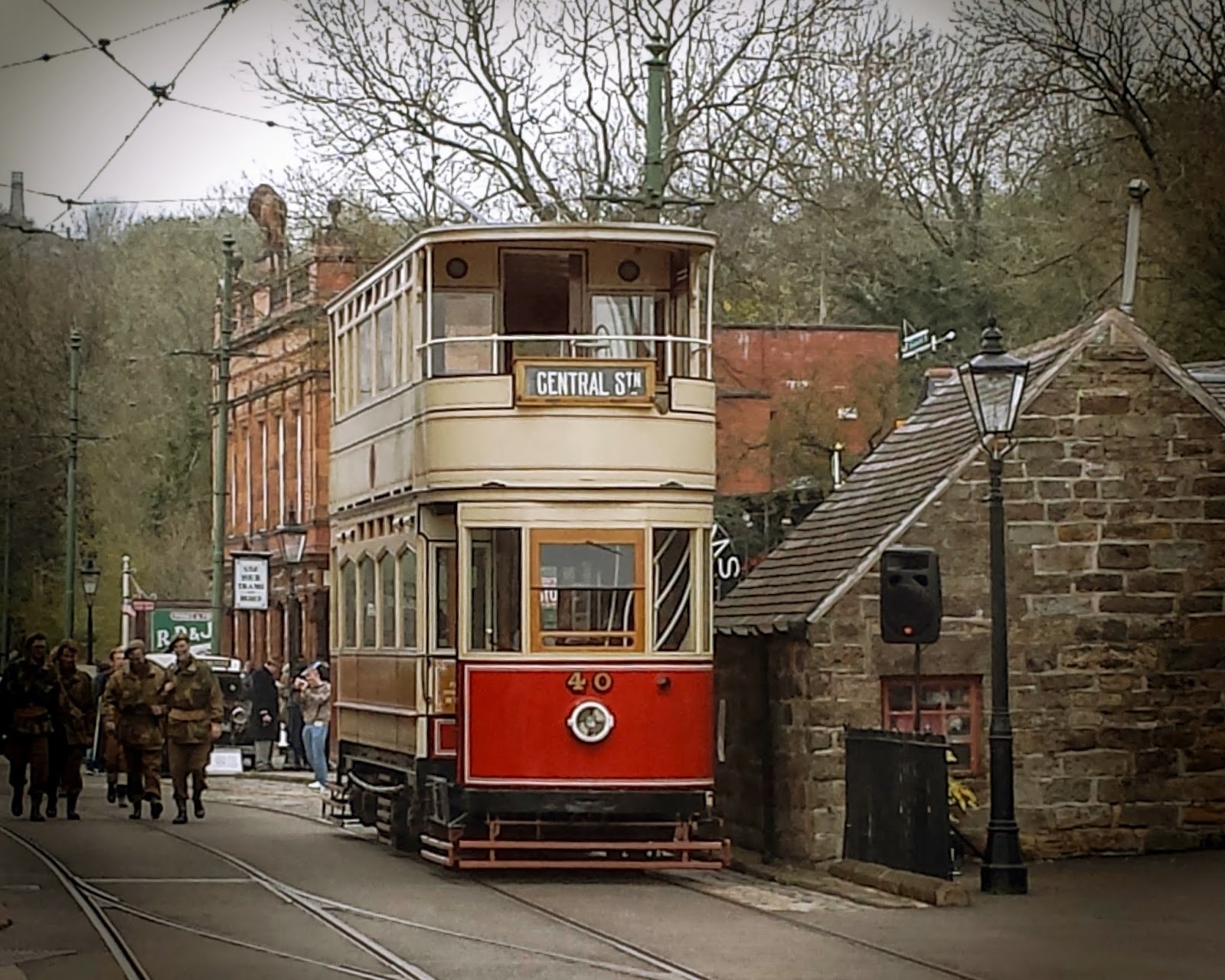 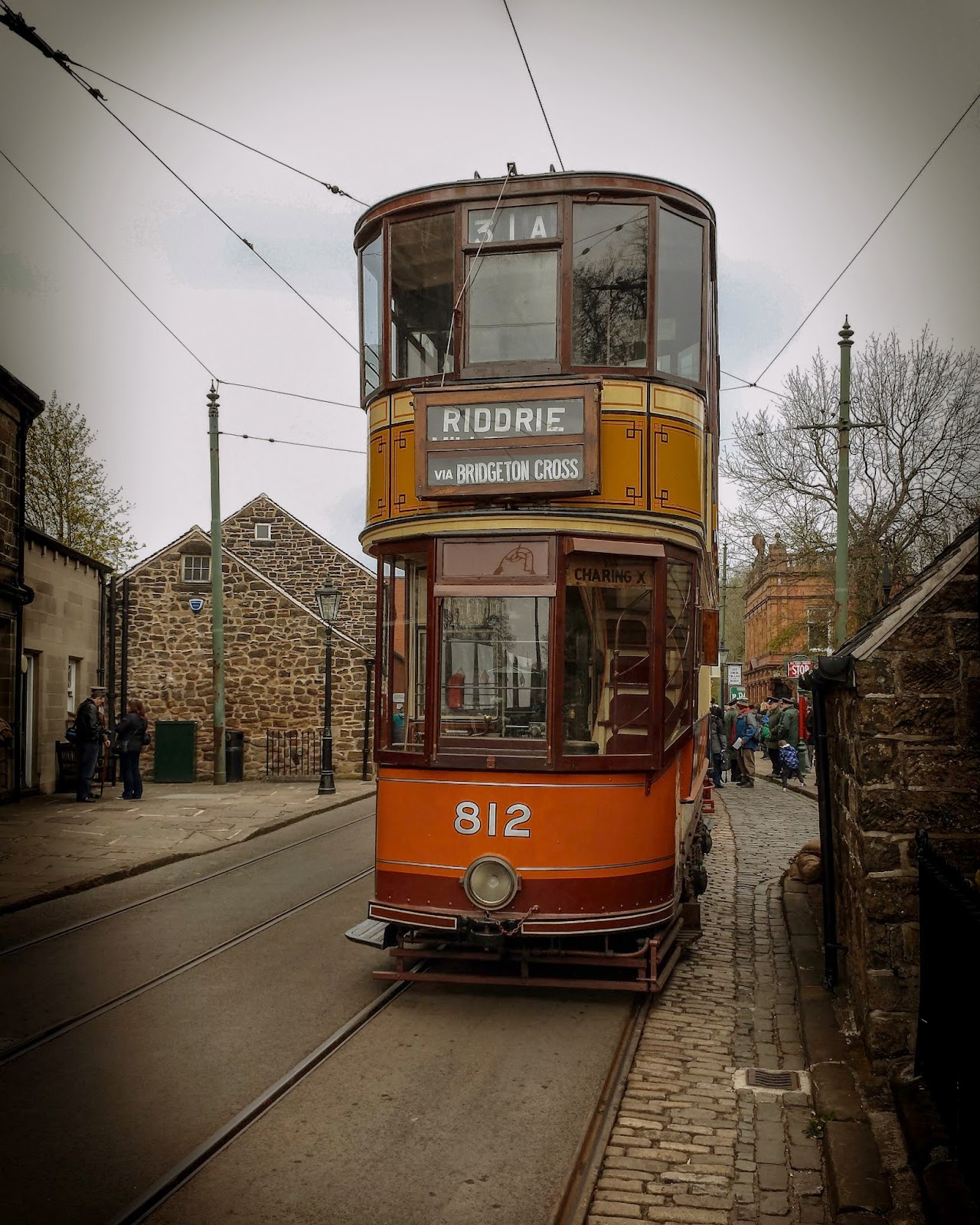 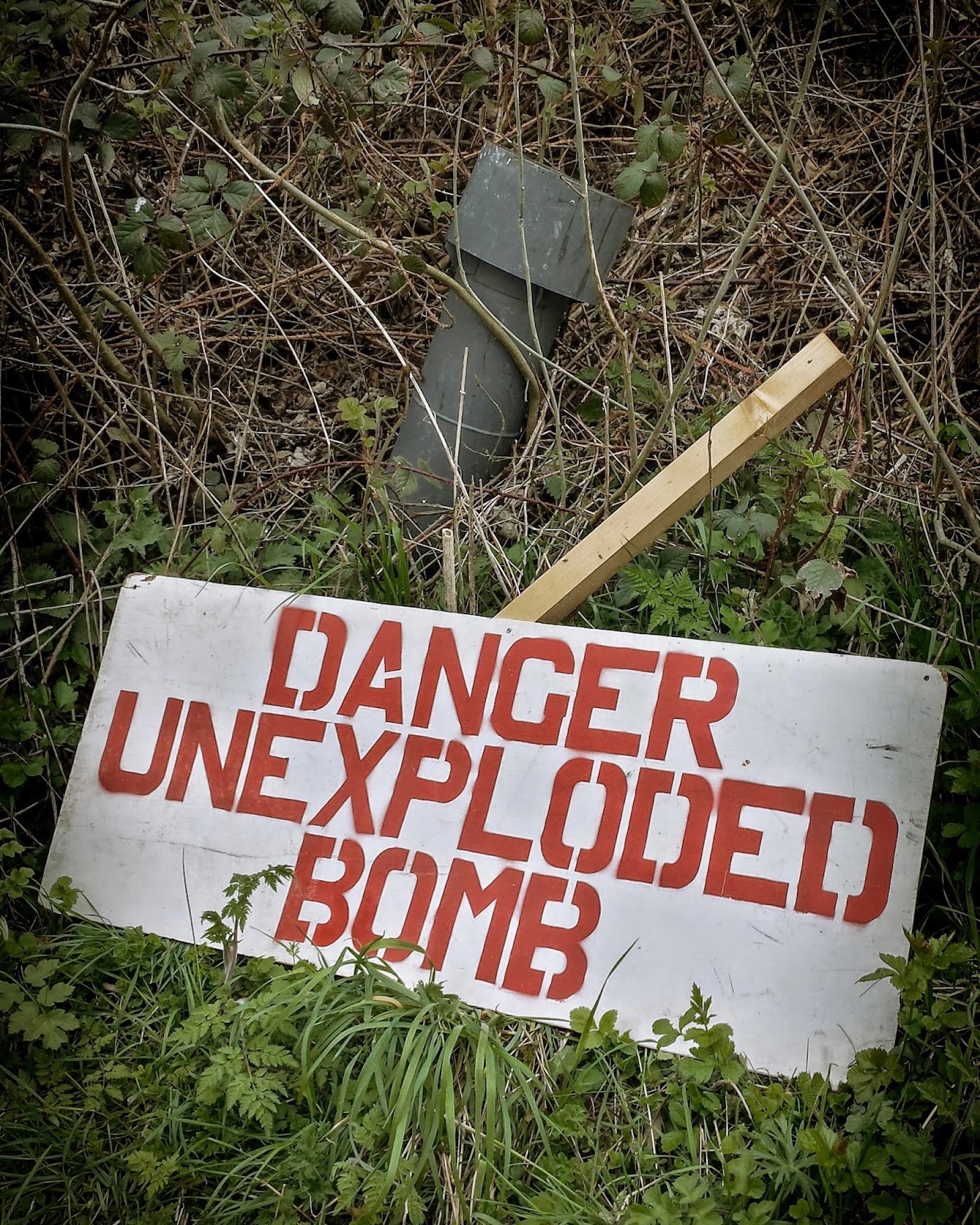 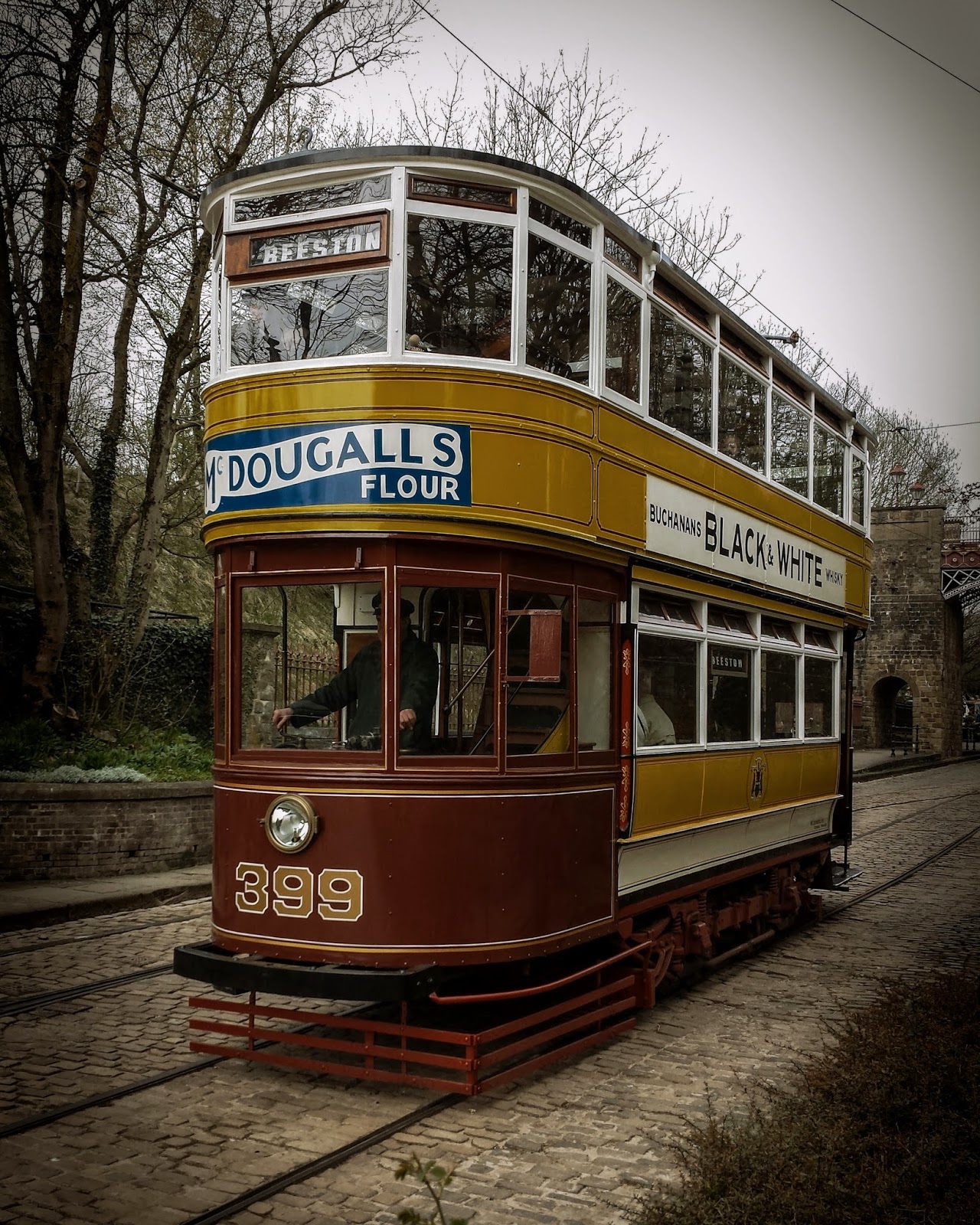 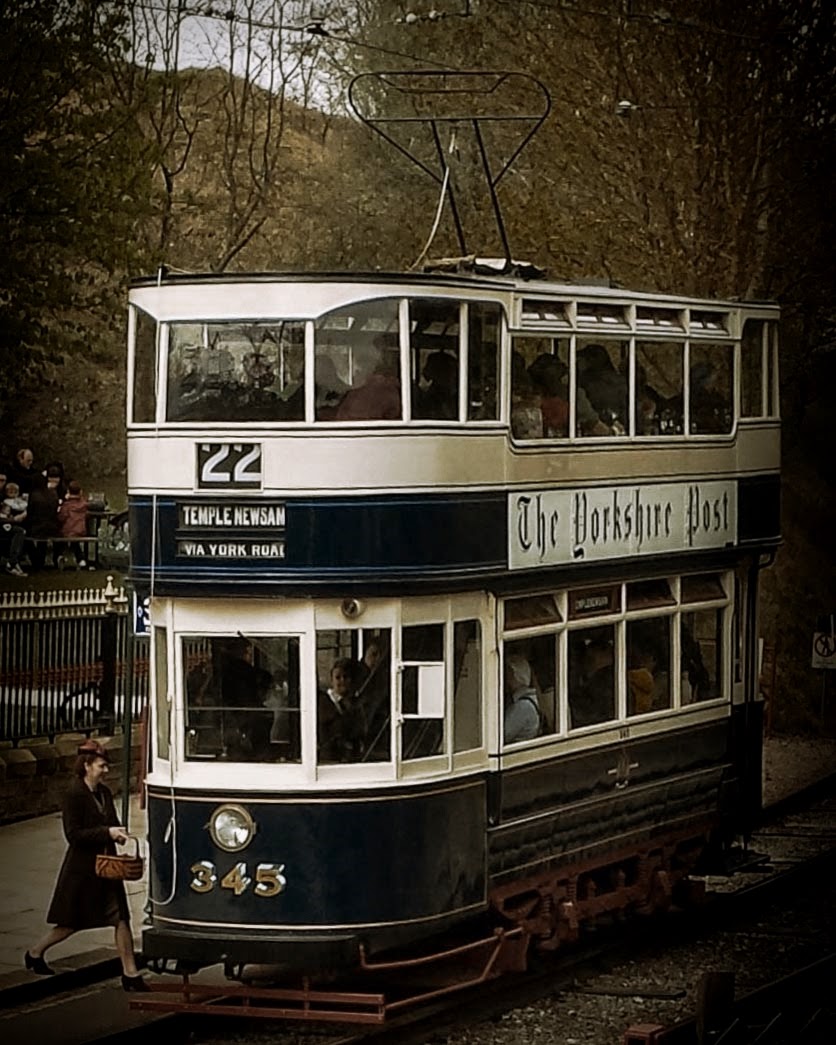 Posted by James Finister at 03:13 No comments:

It is serendipitous that my birthday falls at the same time that my annual bonus is announced, allowing me to treat myself. As usual though I'm last in line to spend it behind the taxman and the various demands of family life.

This year I'm in a  bit of a quandary.

My photography has hit a bit of a rut, primarily because the DSLR increasingly feels like an encumbrance whilst my compact cameras are beginning to feel comparatively obsolete and battered from over use.  They are great for throwing in the saddle bag for a cycle ride or a briefcase for a business trip but they struggle in low light and aren't ideal for taking photos of the dogs.  I've also got some big trips planned this year, to Australia, India and Cuba .

The minimalist original Sony RX100 is a strong contender for a pocketable camera, but then I'm tempted by the Fujifilm XE-1 which is currently available with a free additional zoom lens and has a 27mm pancake lens available that makes it an option for street photography.

Neither of these is a cheap option, but being last year's models they are both available for several hundred pounds less than when they first came out. With the lens offer the XE-1 is effectively half price I reckon to get three years of intensive use out of a compact digital camera and five to six out of an interchangeable lens system. I don't think that represents bad value for money

Any of those two is obviously going to be fine for any model railway photography I do, but what about treating myself to something specifically for the model railway itself?

I've still got a longer than expected shopping list for the current layout, but the end is in sight. A few more track components, point control  and four or five wagon kits are really all I need for now.

So the question is what to invest in for long term use?

I've never owned an airbrush and I can see that one could be useful as my focus moves on to rolling stock. The Neo for Iwata range looks good value for money. I've also been following the RMweb discussion about the Cameo Portrait cutter with interest. Another option is the Hold and Fold jig. They get expensive as they increase in size so I would probably buy a smallish one and supplement it with some bending bars. Are there any other tools I should consider? I think the Hold and Fold is the current best option.
Posted by James Finister at 04:48 5 comments:

Once again work is getting in the way of things. I'm home briefly to refresh my wardrobe before heading back to mainland Europe.

I spent a couple of days this week at our Frankfurt office.  In a previous life I spent a lot of time in Frankfurt, nearly three years in fact of getting up at 4am on a Monday to fly out and getting home at 10pm on Friday and working twelve to fourteen hour days when I was out there. I never even managed to get to the Feldbahn Museum.

I didn't this time either, but with the more relaxed culture of my current employer I did get time to enjoy the city rather more than usual, and my walk to the office took me past the Hbf, whilst the office provides an ideal spot for aerial tram spotting.

The last couple of weeks have been spent in a limbo of constantly changing travel plans.  Such is the lot of a management consultant but with the end of the annual leave year in sight it has been very frustrating not to be able to take a few days off to make progress. In fact I ended up managing to grab a couple of days only to see them wasted chasing phone line  problems with Talk Talk.

At least the clocks have changed which  means that it is easier to fit in some cycling and also to get modelling done in the evenings.

The current priority is conversion of an old Triang clerestory to a vague approximation of the E40 brake third that was commonly used during the last days of passenger service on the line. 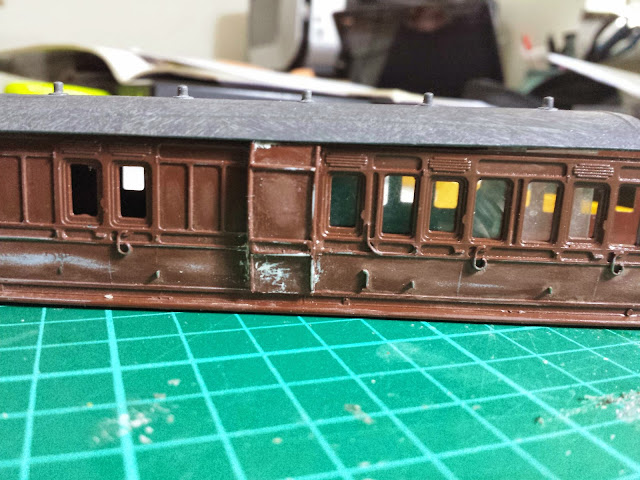 I need to start thinking about couplings as well.  I'm torn between three choices.  The likely choice is Sprat & Winkle but I'm half temped  to try AJs because they are less visible.  The third option is one of the several variations of Iain Rice's "imprecise" design. I suspect my ideal choice would be s combination of the hermaphrodite AJ hook with the S&W paddle counterweight.

Meanwhile I got an intriguing email on Friday that brought the original Art of Compromise design back to center stage. Not as a TVR version but much more as Roy Link first envisaged it with the station building based on the shelter at Wilmcote.  More of that later but it made me go back to both the original 1978 article as well as the one from 2012.

Conventional wisdom is, of course, that TAoC cannot be built as Roy drew it. What struck me looking at the design yet again though is the subtly of the curves he used.   I've always presumed that they were  the result of a draughtsman fitting things in that could be drawn as a single line on a plan that wouldn't fit when converted to actual track work. Certainly I'd never managed to recreate them in layout planning software.
Spurred on by the email  I loaded up Trax and had another go. This time I focused on getting the curves to match the plan and then fitting the point work on top.

And Lo! It seems to have worked. Using An excellent points seems to be the key.
There are a few issues.  The engine release road will be very short once a scale bufferstop is in place and one of the points lies slap bang over a baseboard join if you use 3ft long boards.
None of these are insurmountable though.
Posted by James Finister at 06:05 No comments: