The last couple of months have been quite busy, and very odd. It has felt very flat, but there is much to look back on that is good.

Work has been relaxing for the first time in twelve years, with a noticeable drop in my blood pressure readings. The end of lockdown means we've been able to spend a lot more time with family as well.

Thanks to Little Orange Hen the ELR's solitary coach has had a major makeover after the damage done by the goats. 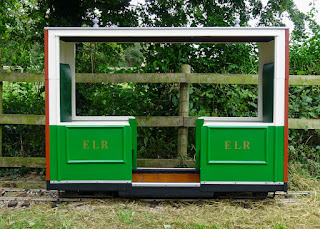 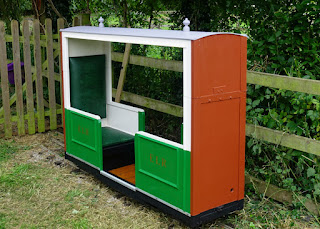 The skip chassis has also been reunited with the skip for the first time in ages, and, after much digging out of track has even made a trip to the current end of the line. 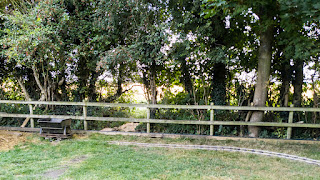 Like many photos from the early days of preservation schemes, this gives a false image of progress since this alignment is still likely to be abandoned

Other additions have been on the livestock front. We now have two geese.
It doesn't end there. We've taken in six more feral kittens from local rescue organisations. Normally Summer additions to the feral population don't stick around, but this bunch seem friendlier than usual. One has even been purring, which is a first.
Then there was the shock of waking up one Sunday morning to discover Simon the cockerel wasn't as past it as well all thought when Barb paraded out of the compost bins with her nine chicks.
PS. Writing this I'd forgotten I'd left a previous post in draft. It is a long story related to the geese and chickens and my beloved changing her mind multiple times, but I've had to lift the 7/8ths test track.

Posted by James Finister at 04:39 No comments: