Thanks to Easter I found myself getting back from the Netherlands at 11pm on Friday night, before flying back on Sunday afternoon. Anyone sensible would have just stayed out there and chilled. But then it is the 16mm AGM weekend.

So off I popped to the local showground.

Sadly I made a major logistical mistake and at the last minute took my little Sony camera rather than one of my trustworthy Fujis. All I can say is that I apologise profusely for the accompanying photos.

I found the whole experience slightly odd this year, for reasons I'll try and articulate.

First and foremost it struck me how small 16mm seems. Not just in comparison to the ELR, but to 7/8ths, plenty of which, incidentally, was on show. I don't mean that in any derogatory sort of way, but it made me think what 16mm does and doesn't suit in terms of layout design and garden setting.

It was whilst pondering this that I ran into David Rowbotham, who suggested the idea of an indoor quarry layout with overhead  power. Now just a few minutes earlier I'd walked past the Houstoun Gate Locomotive Works stand with their new kit for the OH powered Wittenberg Schafer Loco that had already caught my eye when it was announced. It also chimed with the number of excellent small prototypical models on offer from the like of Matt Nunn's Harecroft Models and others.

So a few strategic purchases were made with two ideas in mind, one an indoor industrial line and the other an outdoor micro layout with more of a touristy feel to it.I've not quite decided on the location for it, and one idea is that it could be made relatively portable, like Brian Dominic's "Slugs' Crossing"

But generally not much at the show grabbed me personally. I like that there seems to be more emphasis on scale, and that the layouts on display have largely moved on from being portable test tracks, but with the exception of some breathed upon 7/8ths scale Bagnals nothing left me feeling envious. I did get the feeling that despite the purists disdain the Silver Lady from the TV was generating a lot of interest. which is a good thing. Somehow though I missed a point of focus.Perhaps we were spoilt last year with having 15" gauge steam

Incidentally as well as those I've already mentioned it was to chat to so many people, including David Mees and Phil Parker. It seemed fitting to run into Phil in the queue for food.

Anyway here are some of the photos:

The Model of the Year is always one of my favourite parts of the show. I was terrible at taking notes this year, so I'm not sure whose 7/8ths Simplex this was. 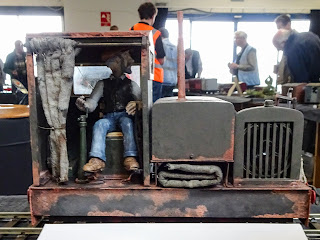 I have a real soft spot for the DHR Railcar 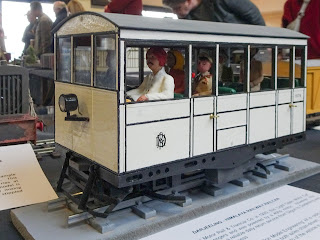 I loved this collection of 24mm gauge locos, all built for a relatively small cost 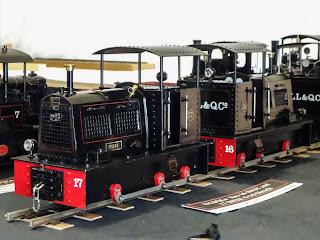 One of the best Mamod based Geo England locos I've seen. I can't believe we've never seen a commercial version other than the Kenversions pastiches 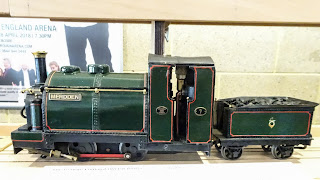 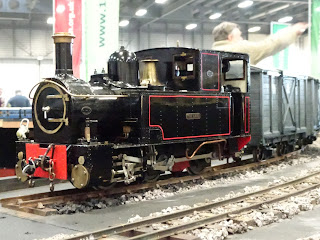 Super Nellie from Smallbrook Studios. I have the Gn15 version to build one day. Very impressive. 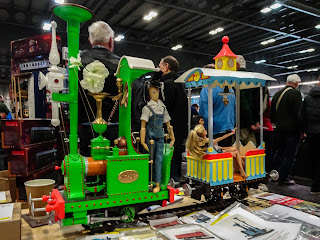 There were several excellent versions of the Accucraft Bagnal on display, as I've mentioned. This one is by Rhos Helyg but the Berry Hill Works onewere alsoso excellent. And yes, I am still tempted. 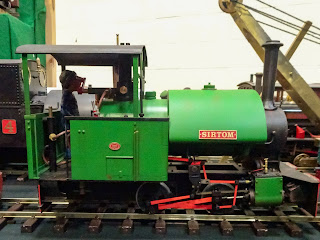 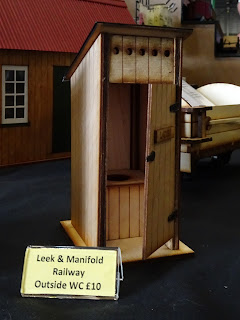 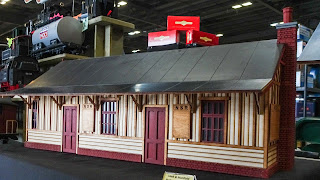 "Where are my brakes?" said Skarloey 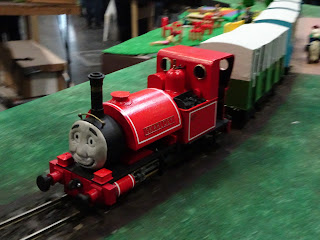 Probably my favourite layout in the show 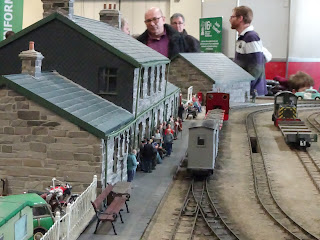 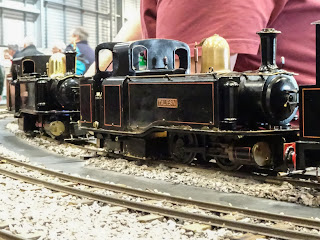 I don't know if it was the Railway Modeller effect, but Hambledon was getting a lot ofwell-deservedd attention. 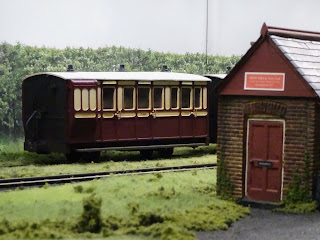 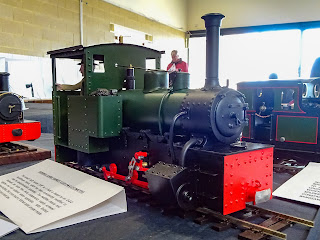 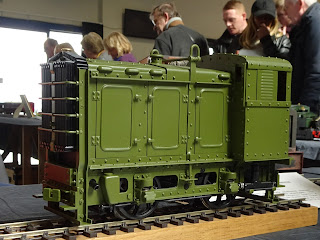 Another of those 24mm gauge locos. Hard to believe this began as a Faller loco 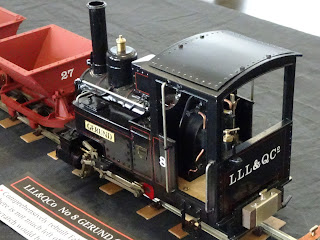 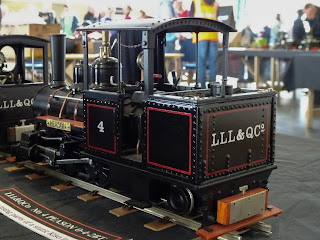 I nearly missed this, but I loved this large scale barge 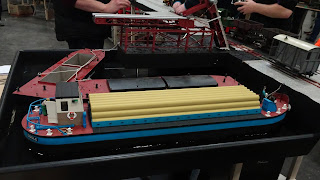 And my final MOTY photo, of one of my favourite prototypes, my family having strong links to Fivemile Town. 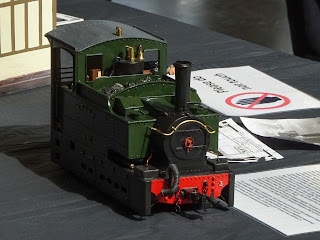