I think I'm at the point where I only have one major design choice to make about Grundy's Yard.

It is a big one though.

How do I present it?

What spurred me on to build the layout was an archived article on  Deryck and Peter Featherstone's Abbey Road and Barton Bendish, which was built without a back scene, as was quite common then. But I've always been critical of exhibition layouts that don't have a deep, relatively seamless back scene.

When I built the last OO9 micro it didn't have a back scene built-in because I intended it to be viewed from any side. The original idea had been to have a detachable one for photographic purposes, attached by magnets. In reality, I've taken photos of it outside with a natural background, or indoors with the generic sky blue walls of the studio behind it, as with the current cover photo.

In designing Grundy's Yard Iain Rice's book on cameo layouts has never been far from my side. It should be a shoo-in for cameo style presentation with a fully curved back scene.

But at the same time, I'm a  little uncomfortable about it.

Well, a curved back scene is going to eat into the available space on the layout. Bear in mind this is set in the Fens, where space is one of the most obvious landscape features, along with our big skies. And that is another issue. Back scenes work well, very well, when modelling a scene with hills and buildings in the background. It is much harder to get the right back scene for open-countryside.

Look at the photo I've included. It is, quite literally, the view from one of our garden gates about five minutes ago. Wouldn't that do?

Having the crop, winter-sown wheat, in the foreground gives you a sense of space, but the perspective is wrong. But if I cut out the crop the scene will lack the important middle distance.

And in any case, it is the wrong crop for the time period and season, and there are too may modern elements along the skyline.

Then there is the feeling that cameo presentation has become cliched. Now don't get me wrong, I like it, it is a vast improvement on the past, and I have ideas for using it in the future. 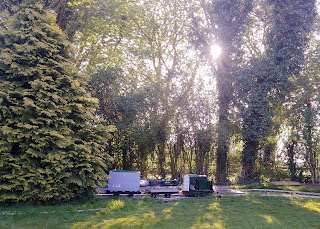 Phil Parker recently linked his blog to an article about lockdown "brain fog". I suspect it rang bells for a lot of people after the last year. Some seem to have relished the time to complete "Lockdown Projects" but for me, a key question is how have I done so little in so long a time.

Now in my defence, the virus has had virtually no impact on my work, other than a lack of travel. But all the same 2020 seems to have been a none year and I'm worrying 2021 will go the same way. Not least because I'm still trying to catch up with the aftermath of 2019. Thi picture of the ELR that popped up on my Facebook memories really brought it home to. That view is now one of total goat devastation. I decided to do something about the fallen branches from the trees they have killed.

But Jaffa had to get involved 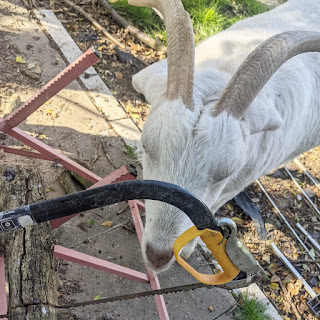 This why I can't use a chainsaw in this part of the garden.

Then I made another attempt at rebuilding the goat shed. Guess which goat, and which piece of wood I needed next. 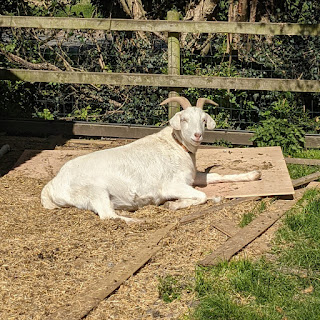 Being fair to Jaffa, it was Oreo who was the real pain in the butt when I actually started the repair, at one point trying to eat the cordless screwdriver whilst it was on.

So once again a weekend was lost with no progress on Grundy's Yard, except for the realisation that my cunning plan for the second baseboard wasn't going to work

Posted by James Finister at 08:05 No comments: 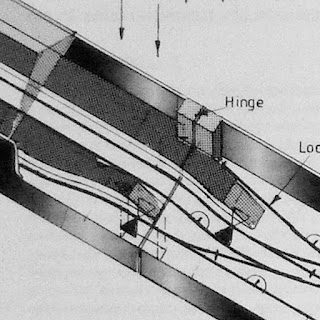 Posted by James Finister at 05:33 No comments: 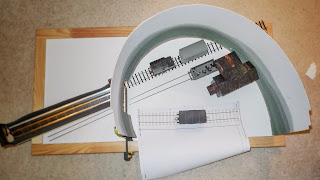 Posted by James Finister at 03:44 No comments: