The Eaugate Light Railway is slowly beginning to entice a stream, or at least a trickle, of weekend visitors. This time it was the turn of Martin from Odds Oracle to take to the controls of Teddy. As he has already blogged we then made a trip over to the Spalding Model Engineering Show.

One day I will remember to go to a model engineering show with a shopping list since there are a few things I now regret not buying, especially from the MJ Engineering stand.

I find it fascinating to see how advanced some parts of the hobby have become. For instance Martin and I discussed the low cost of some of the detailed parts available to the model ship builder these days. 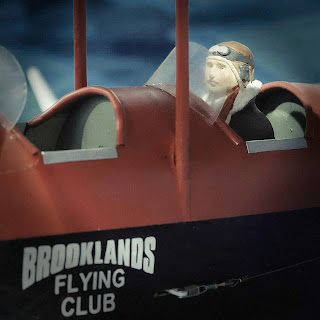 Something both Martin and I were pleased to see was a stand dedicated to the almost forgotten sport of tethered car racing. This chap was casting his own car bodies 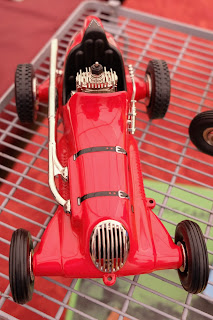 The 1/3rd scale Bentley car engines were possibly the most exquisite examples of model engineering at the show. 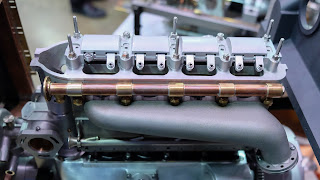 I was also pleased to see a Tuxford portable engine. It is a good job modern cameras can cope with a range of formats. 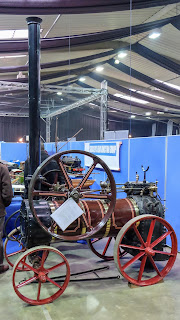 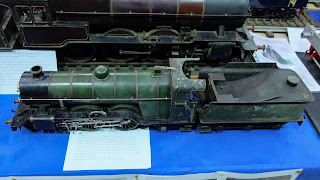 Martin and I were also both taken with this stand of unusual large scale radio control vehicles. This Morris Minor is based on the builder's own car. It is very impressive how with balsa bodywork he has captured just the right impression of the finish you find on a loved, but not concours, old car. 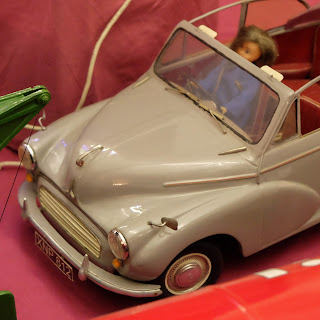 Also interesting was the back story to the livery on his Delaine bus. He was struggling to get the blue right for the roof until the company actually provided him with the paint they used, at which point he discovered it was actually purple, not royal blue. That says a lot about the problems of trying to match colours on models 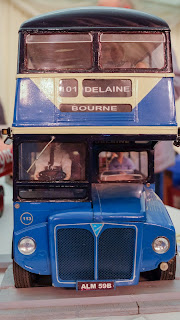 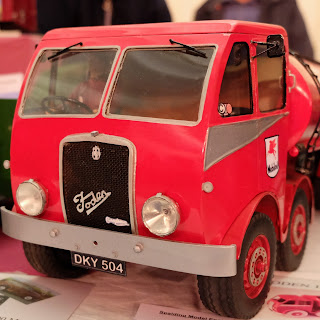 By the entrance to the canteen there was a very impressive 1/6th scale dozer complete with an animated driver at the controls. Somehow I forgot to take a photo of that, but this is one of the builder's other animated figures, happily drinking away as the crowds passed him by. 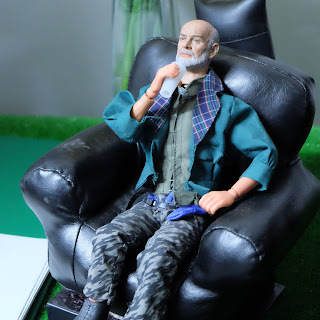 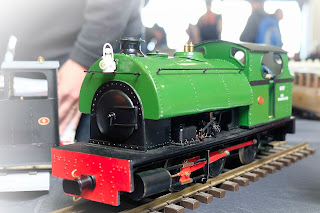 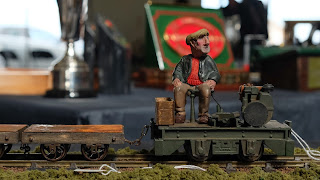 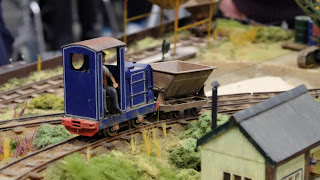 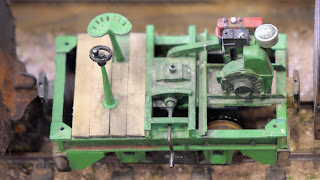 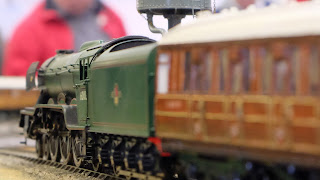 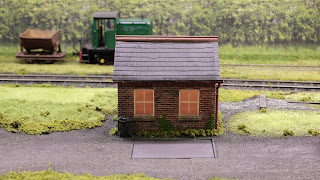 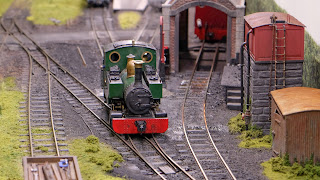 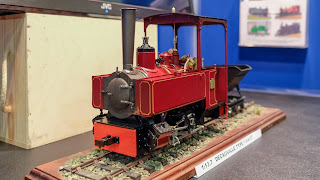 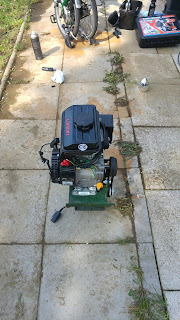