A recent comment on an old post reminded me that I have a few ideas in mind for what to do with the Apa box after I dismantle the current diorama.

Most of them involve trams in some form or another. 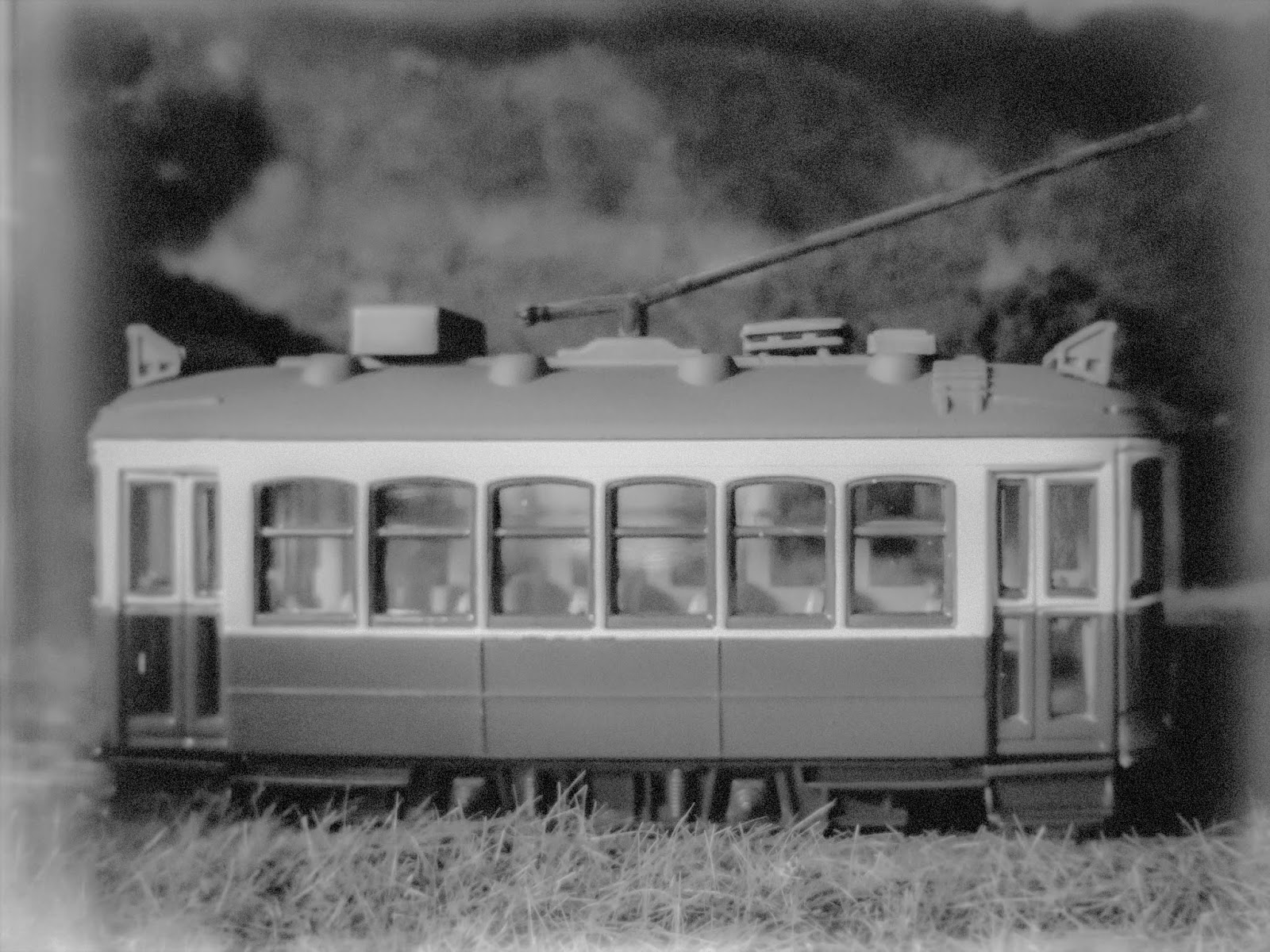 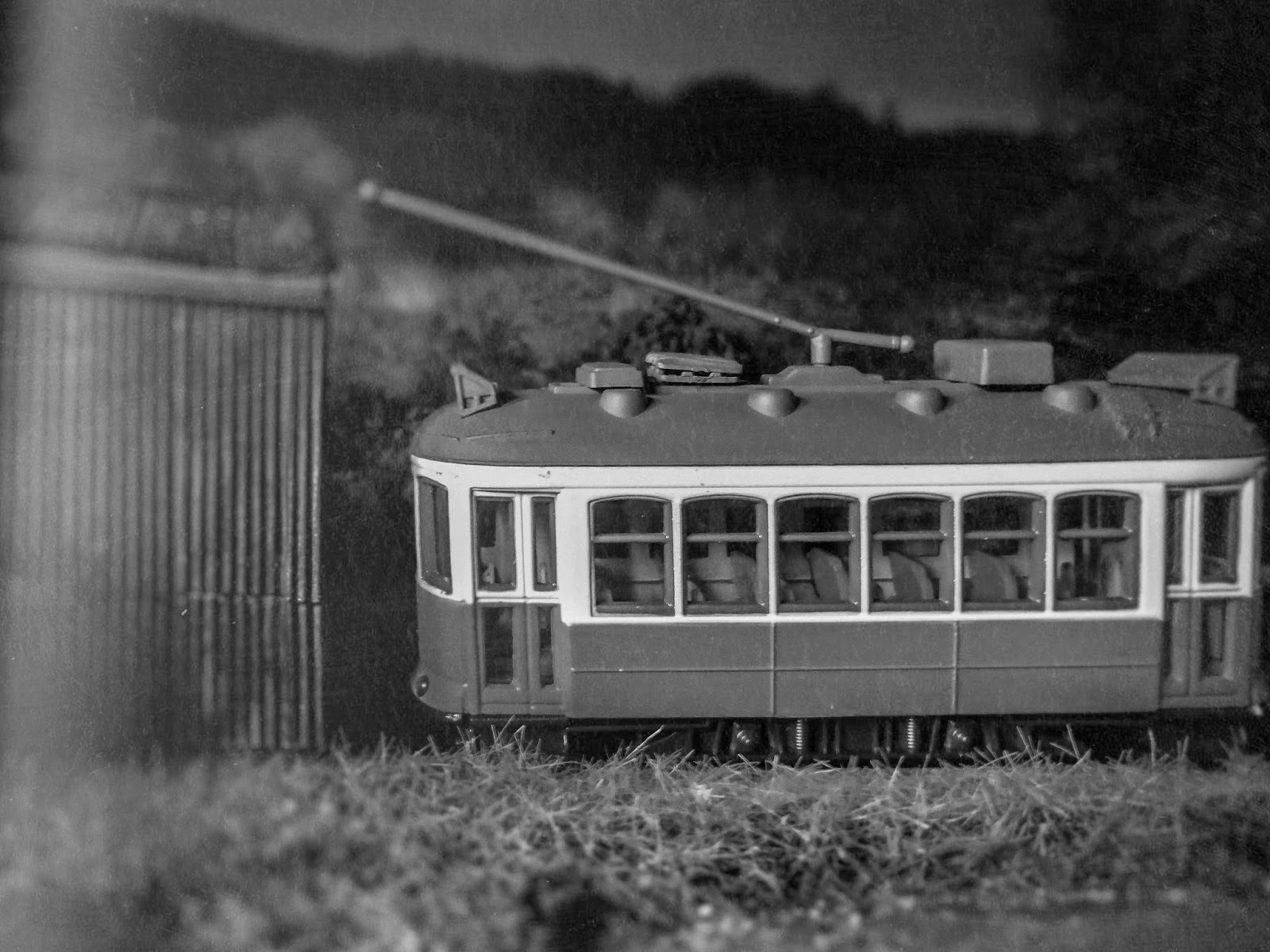 This Lisbon tram is sat on the track at the moment. Strictly speaking it is sat between the racks because it is a nominal 12mm gauge out of the box. I quite like trams in rural settings, or better still the locations where an urban line becomes a rural one. So my project X involves such a transition, and the X itself  is also an important part of my putative tram layout design.

Incidentally whilst I was writing this my eye was caught by a photo sticking out from one of my father's old tram books that I inherited.

I know it wasn't taken on his garden railway, although that did see the odd tram operate on it. It appears to be a commercially produced photograph taken in 1959 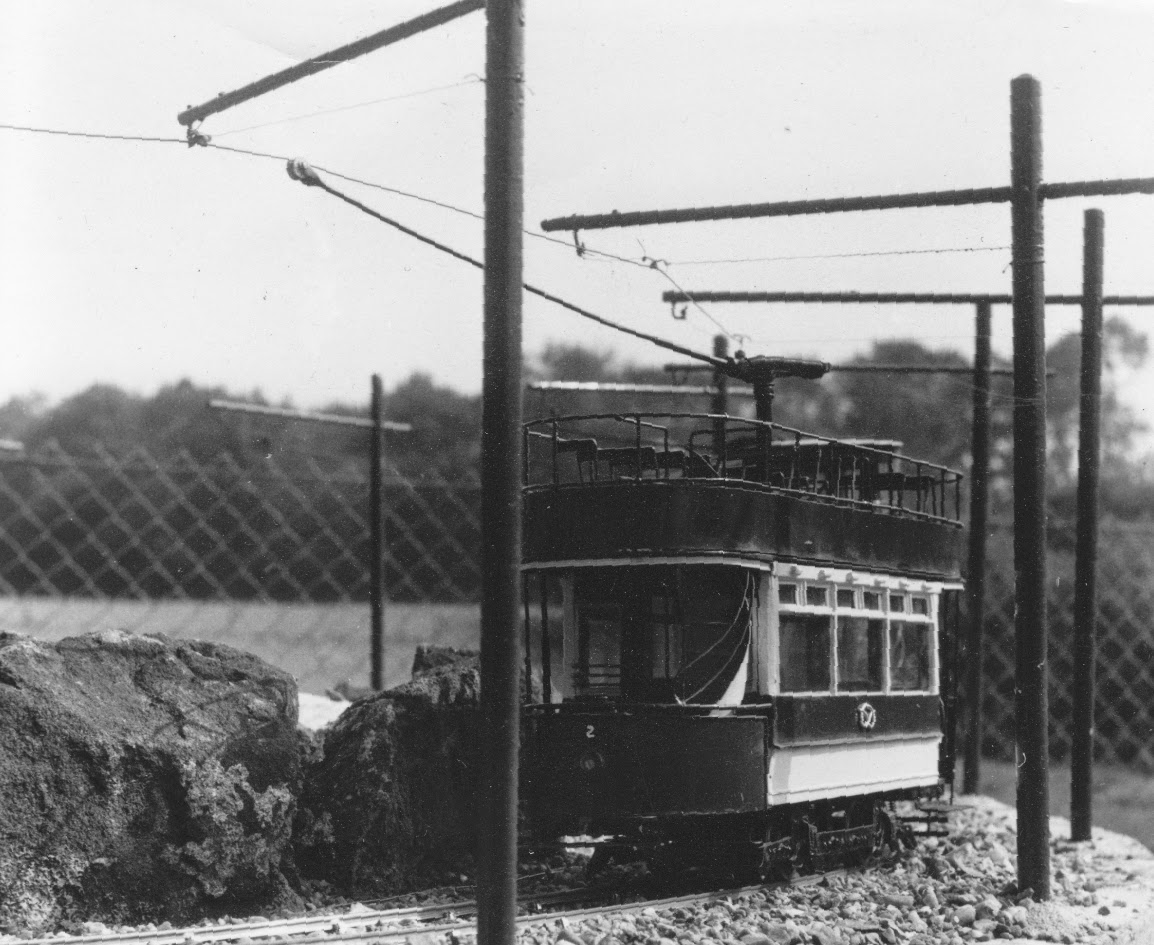