I think I've alluded in the past that we have been planning to move home at some point. A sudden and incredibly positive shift in the local housing market means the emphasis has suddenly shifted from trying to sell our house to finding a new one PDQ.

The short term implication of this, allied with a greater emphasis on my photography has been zero modelling.

The longer term  implications are something I'm only just daring to start to think about.

With the children moving out, and both Issy and I working from home much more of the time, we can be somewhat selfish about our new home. So bedrooms are being swapped for more office space, much more garden, and more utility spaces. There seems to be a never ending list of other considerations to take in to account including making my journey to at least one of my offices cheaper and preferably shorter. The easiest one to accommodate is the desire to move nearer to the coast, since it is quite hard to move anywhere in the UK that is further from the sea than our current house.

Where does this leave the railway?

Well first of all my bitter experience is every house move I've made, and I've moved around a lot, will end up with models broken, lost or stolen so there doesn't seem any point investing effort in any other projects until we've moved.

That is the only negative, apart from knowing what ever property we move into will need time and effort investing in it to make it work for us as a living space. Oodles of poodles need careful fencing in, and the home offices will need to be more than just a traditional study if I'm going to become more relaxed about working from home.

The positives are hopefully immense. Having a separate workshop, rather than it sharing office space, will make it a lot easier for me to switch modes between work and relaxation. It will also mean the layout can have a permanent home. I'm not intending to develop grandiose plans as a  result, but it will give me more options to play with. A few inches more foreground and background space and the possibility of modelling a through station rather than a terminus are the only changes I'm currently considering.

When we first moved here part pf the deal was that I would be able to build a garden railway. In reality this turned out to be pretty incompatible with boisterous teenagers, chickens and dogs. 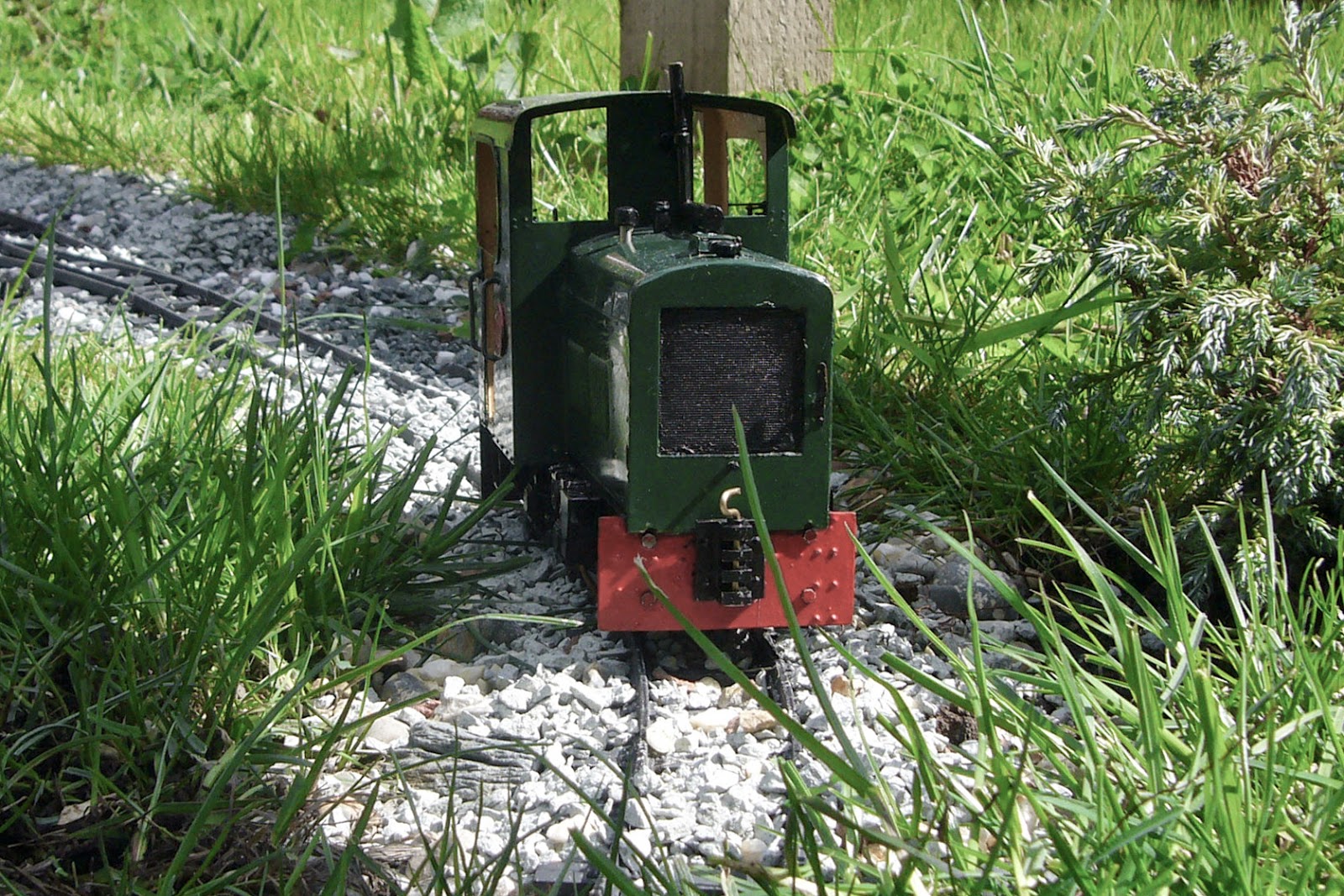 It went through a few iterations, some of which I rather liked, but to be honest my own thoughts about what I wanted from a  garden railway were also evolving rapidly. I began to hanker after a scale based approach rather than the typical 16mm "scale" caricature. It  always amused, and saddened, me that the 16mm crowd poured scorn on G scale modelers for their elastic approach to scale whilst doing exactly the same thing themselves.

16mm might still have a place in my plans, I have an Accucraft GVT tram on order with Simon Whenmouth at Anything \Narrow Gauge because I've always hankered after one from when I first saw the Stephen Poole 016.5mm version in the window of W&H models as a child. Roy link's plan for a GVT layout in that scale is another of those, like TAoC, that has permanently imprinted itself on my  mind. If I did build a 16mm version though I think it would be based on one of the smaller roadside stations, and much more  focused on just watching the train rather than more hands on operation.

Another prototype I've  mulled over for the garden treatment is the Darjeeling, but then it looks like we are heading East, a part of Britain not renowned for mountainous terrain.


Hold on a second though. Time to put two and two together and make 7.25

Nothing fancy mind, and inherently utilitarian, but just perhaps worth considering.