With the house move on the horizon I decided it was time to visit some of the local museums that I've not got around to going to nearly ten years.

The first, and most relevant here, is the Electric Railway Museum.

I never have worked out why it is located next to Coventry Airport rather than somewhere with strong historic links to electric railway. It also only opens sporadically, but fortunately last Saturday was one of their access days. 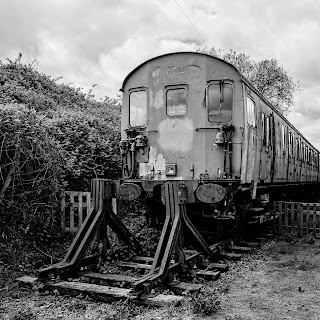 If this sounds familiar it is because Phil Parker, another local, also only fairly recently managed to make the same visit.

So there isn't much I can add to his observations. Except that in the on board shop I found an October 1959 Railway Modeller.

And in the back of it was this advert for my father's old shop. 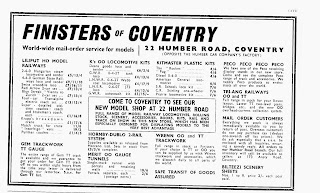 Not only that but it also had a fascinating article by P.D. Hancock on building the trams for Craig, and by Doris Stokes on shop window displays.

More photos here and since it was only next door I also popped into the Midlands Air Museum.