Not mine, which is as glacial as ever, but progess in the world of 16mm narrow gauge railways. 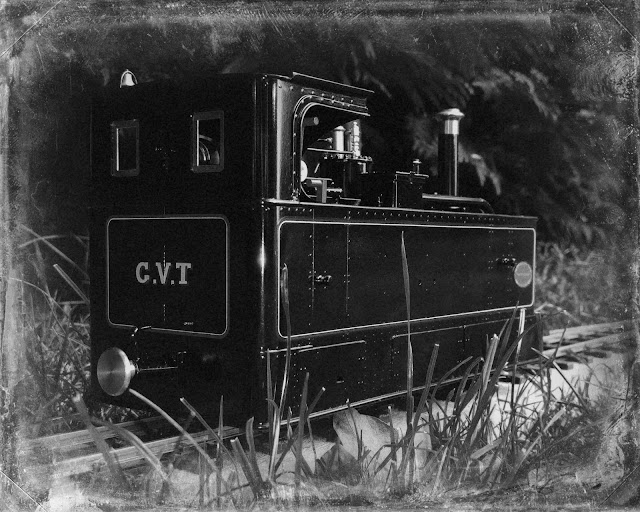 Here is my first new 16mm live steam loco for over thirty years. An Accurcaft GVT loco commisioned in conjunction with Anything Narrow Gauge and made in China.

I haven't steamed it yet, and my out of the box impression is that is rather nice, apart from the usual abomination of having a hard to ignore pressure gauge facing forward in the cab. At least being a tram loco forwards actually means backwards when running. The lining is a little OTT as well.

Here, in total contrast, is my very first 16mm loco, a Merlin/Beck Midas  hauling a GVT coach buit from the old Association GVT coach "kit" on a Mamod chassis. 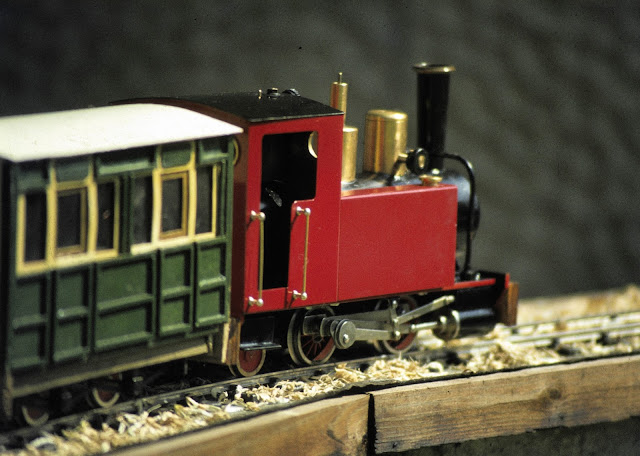 Possibly a fairer comparison is with the Gosling GVT loco that I lusted after as a schoolboy.