Shedding some light on priorities

If I'd continued down the line of using Tillig track as a halfway house to going finescale I would now be ready to get on and get something built.

Shifting to EM feels like starting all over again with the need to progress track, rolling stock and everything else in a sensible order and at the pace at which I can produce them. and make investments in the necessary tools and jigs.

Although I'm generally a bit of a whizz at using project planning software in my day job I have an intrinsic dislike of it and the type of mindset it seems to encourage. There are times though, and this is one of them, where it can be really useful.

Since I consider Microsoft Project too expensive for personal use I'm going to recommend  the open source alternative GanttProject . This can read and write MS Project files if you need to do so for any reason.

For those of you unfamiliar with project planning software it lets you organise all the tasks you need to do in a granular way, and map their interdependencies with each other and with the "resources" needed to complete them. The end result should be a prioritized and costed plan that, depending on the logic you've used, gives a good indication of the timeline it will take to complete.

All good in theory but as usual the old IT adage of Garbage In > Gospel Out applies with people tending to mistake a plan based on multiple assumptions for what should happen in reality. The types of project I run in the real world are in areas that I know very well, so if the plan says it will take six months but I know it will take a year I tend to ignore what the plan says.

This really annoys my German colleagues.

What putting things into a plan can do is help you pick out dependencies you hadn't realised were there, to plan out expenditure and, though this only works if you are dealing with a good project manager, an insight into what really matters that you didn't know before you started planning.  Hopefully that stops people wasting time doing things that aren't important just at the minute" at the expense of long term objectives.

So I'm now a man with a plan, though it hasn't been influencing what I need to do as much as it should because some items only come up for sale on eBay from time to time and you have to grab them whilst they are there...

...So I've finally got hold of a Bachmann chassis to put under a Hornby Class 25 body, so a project that was on a back-burner turned down low is suddenly boiling away, and I've realised that buying those parts from Brassmasters at Warley was actually on my Critical Path. Just a pity I didn't buy them at the time...

...never mind ordering EM wheel sets to fit in with the extended delivery schedule from the otherwise wholly admirable Ultrascale

Meanwhile that AC railcar that arrived whilst I was discussing with my darling wife why I couldn't afford to fix the step-daughter's car has skewed the plan a little. 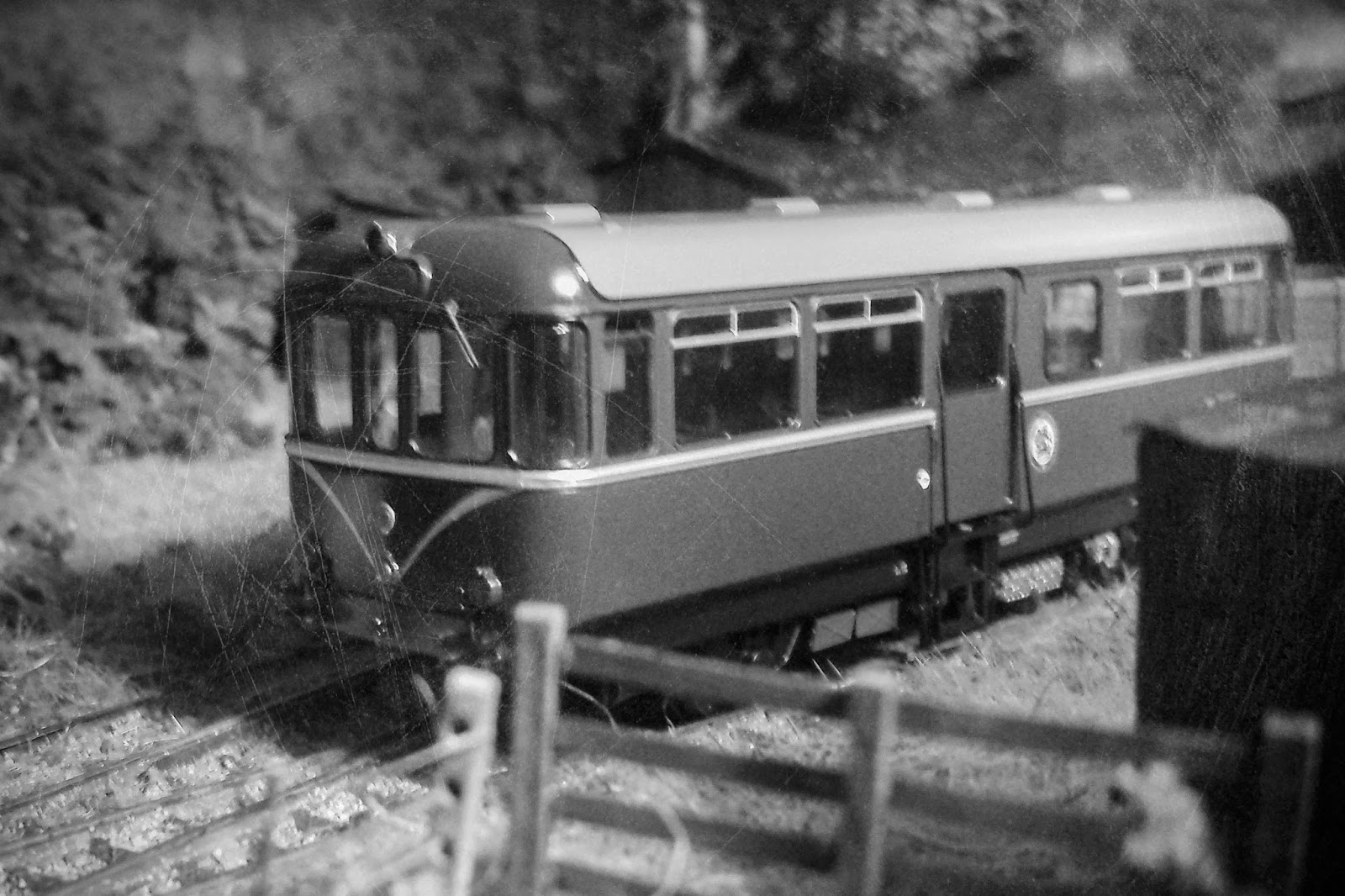 And this is where I do the clever segue into the question of lighting.

I finally accepted how bad the lighting in my home office was during the point building. I'd actually forgotten that as a house built off plan several rooms, including my home office, were equipped by default with "warm, low energy lighting." Couple that with a large window that somehow only every manages to illuminate my desk and you have a recipe for modelling, and photographic, disaster.

So I've shifted to the consistent use of 6500k lamps. If you are quick you might still pick up some of these bargains.   They are very, very blue. But on the other hand they've made it so much easier to see things clearly.

That also means revealing a few things that I would rather not see, in terms of my shoddy workmanship to date, but even that is a good thing really of course.