So my thoughts around the Cadeby micro layout are progressing. It isn't the first time I've contemplated Cadeby as a prototype, though previously I've thought of it as the basis for a garden line.

As a micro layout it has a number of advantages, not the least of which is that in some ways it was a full size terminus to fiddle yard layout, with trains disappearing into the  scenic break of the woods, and then coming straight back again.It was also both short and compact. 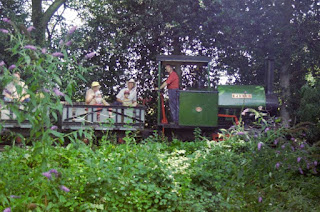 There is a downside. Teddy's guide to the line was Rails Round the Rectory, which brings to mind an image of an old fashioned Georgian rectory and a railway running around a well tended garden, Like Adrian Shooter's Beeches line. 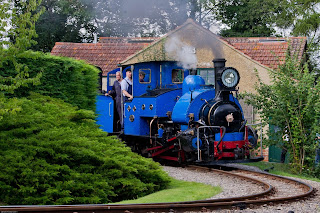 Teddy himself, of course, was the epitome of an English rector in the shires.

Sadly though the original rectory at Cadeby, now known as the Grange, was not the one Teddy lived in, but the more modern one 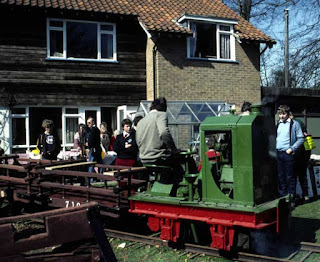 It isn't the most attractive house. So the dilemma is do I leave out the rectory altogether, or do I replace it with something more attractive.
Posted by James Finister at 12:09