The Perils of Preservation Based Research

I'm not a dyed in the wool GWR fan, except for the narrow gauge lines they absorbed. So I've had to do a lot of catching up since I started this project in an attempt to eliminate obvious mistakes by the time things come to fruition. with Llanrhaiadr Mochnant. 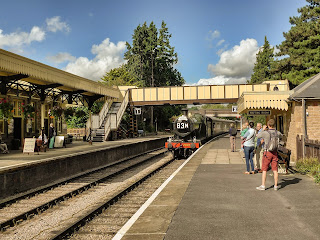 So at the weekend we popped off to the Gloucestershire & Warwickshire, a line that has been on my must do list for some time. I actually don't get to visit many preserved lines these days.

I had been once before, but many many years ago. Generally I was very impressed. We traveled from Winchcombe to Laverton with a half hour stop at Toddington on the way back, which was just long enough to "do" the station, or to have a cup of tea if that was your inclination. 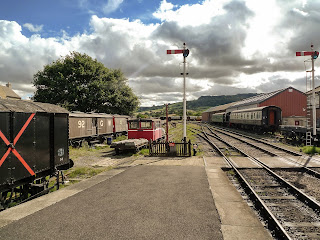 It all looked very atmospheric and Great Western. But here is the rub - since I don't know that much about the GWR how much can I trust the apparent authenticity? Look at the three pictures on this page. I suspect all three of them are in some way misleading if you used them to model the railway in GWR days 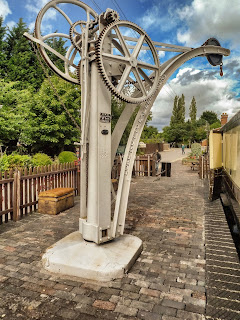 The trouble is you can end up trusting almost nothing. Would the crane have been that colour and in that sort of condition? Is that where one would have been situated? Would the area have been fenced off like that?

And here is a  perceptual issue to deal with: 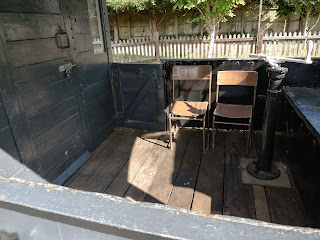 The Aberdare Toad is painted a very dark gray. But look at the colour you can see in sunlight. It looks quite an ordinary light gray doesn't it? The gray in the shade in this photo is actually much closer to the "real" colour.