End of the Pier Show

I've always had a soft spot for pier railways. Perhaps it is because I grew up in Blackpool, with day trips to Southport, and then went to university within easy reach of Hythe Pier.

Today's post from Phil Parker got me thinking about the possibility of a pier railway in an APA box. Yes I know the Volks Electric Railway isn't, strictly speaking, a pier railway, although originally it was built on a pier like structure.

Actually looking at the legs of the pier in that photo they have a passing resemblance to the legs of the Dapol/Airfix water tank, one of which I happen to have lying around ready for the next project. 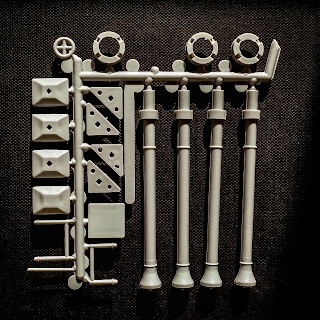 There are a couple of well known models around: John Goddard's model of the VER  and  Dave Carson's New Walmington Pier.

One of my original ideas for an APA layout was a Kinver style tramway, but a pier line might work rather better. In contrast to NewWalmington I would build it in OO9, since many pier railways were narrow gauge and model a mid section of the pier with scenic breaks provided by a car shed at the shore end, and a pavilion at the other. Langley Models do a whole series of kits and parts that would come in useful 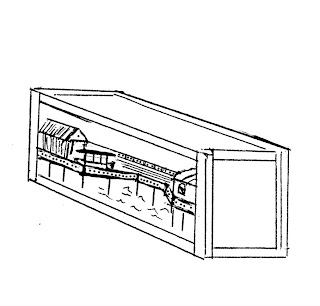 And if you want a really crazy idea...

I was at Bridgnorth last week, which quite apart from the Severn Valley Railway is well worth a visit, not least because of the cliff railway. 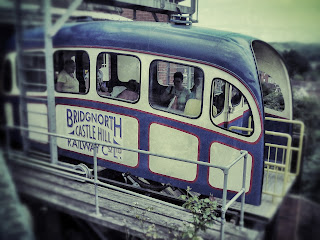 Now Langley just happen to do a working model of a cliff railway so what if you stood an Apa box on end? The angle at which ir runs would have to be steepened, but that's been done on Cliffhanger so it is certainly feasible.