Since the shots of the OO9 layout seem to have been well received here is a little bit more about the layout. 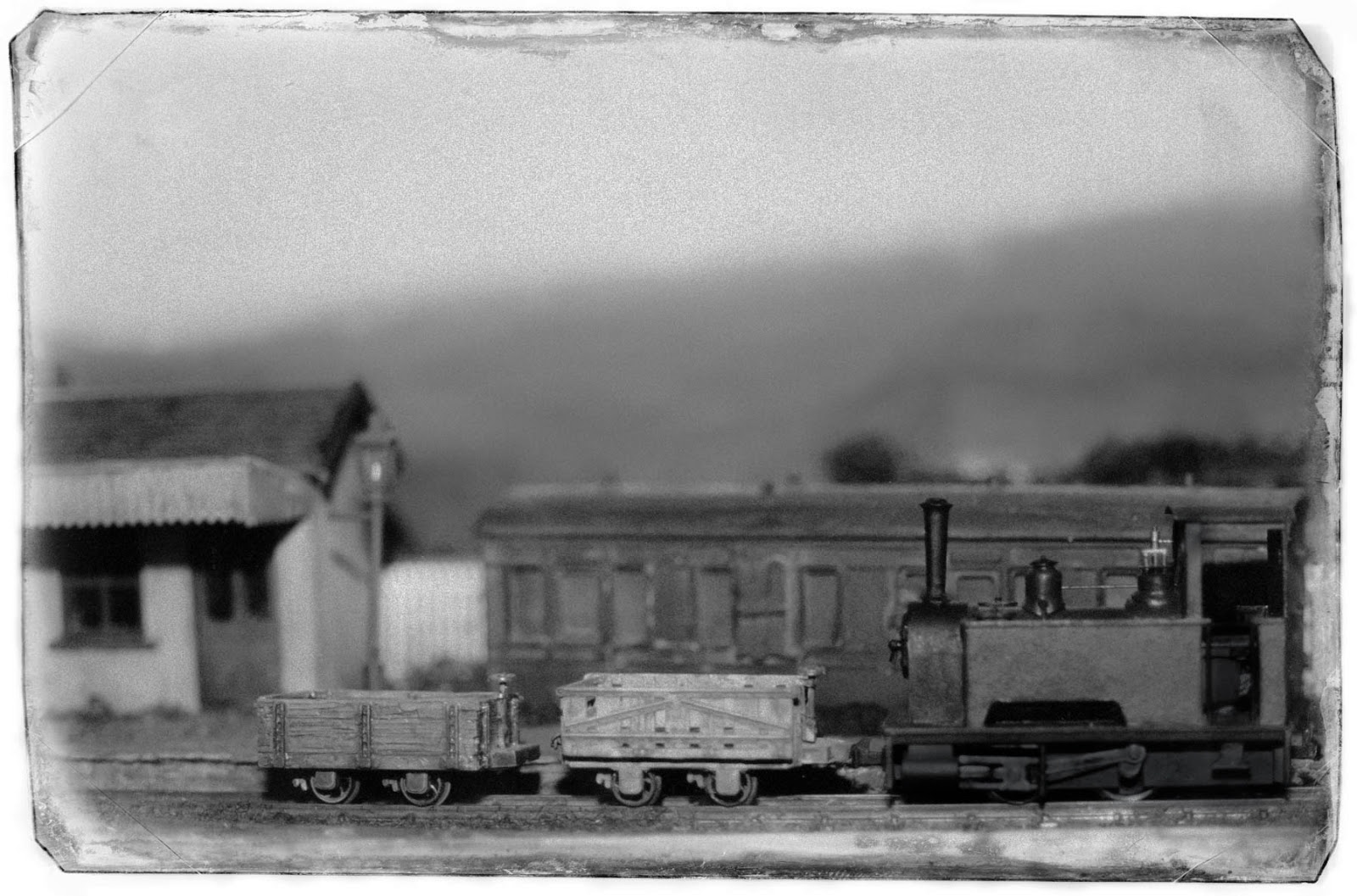 Hales was effectively three dioramas that could be assembled into a single layout. 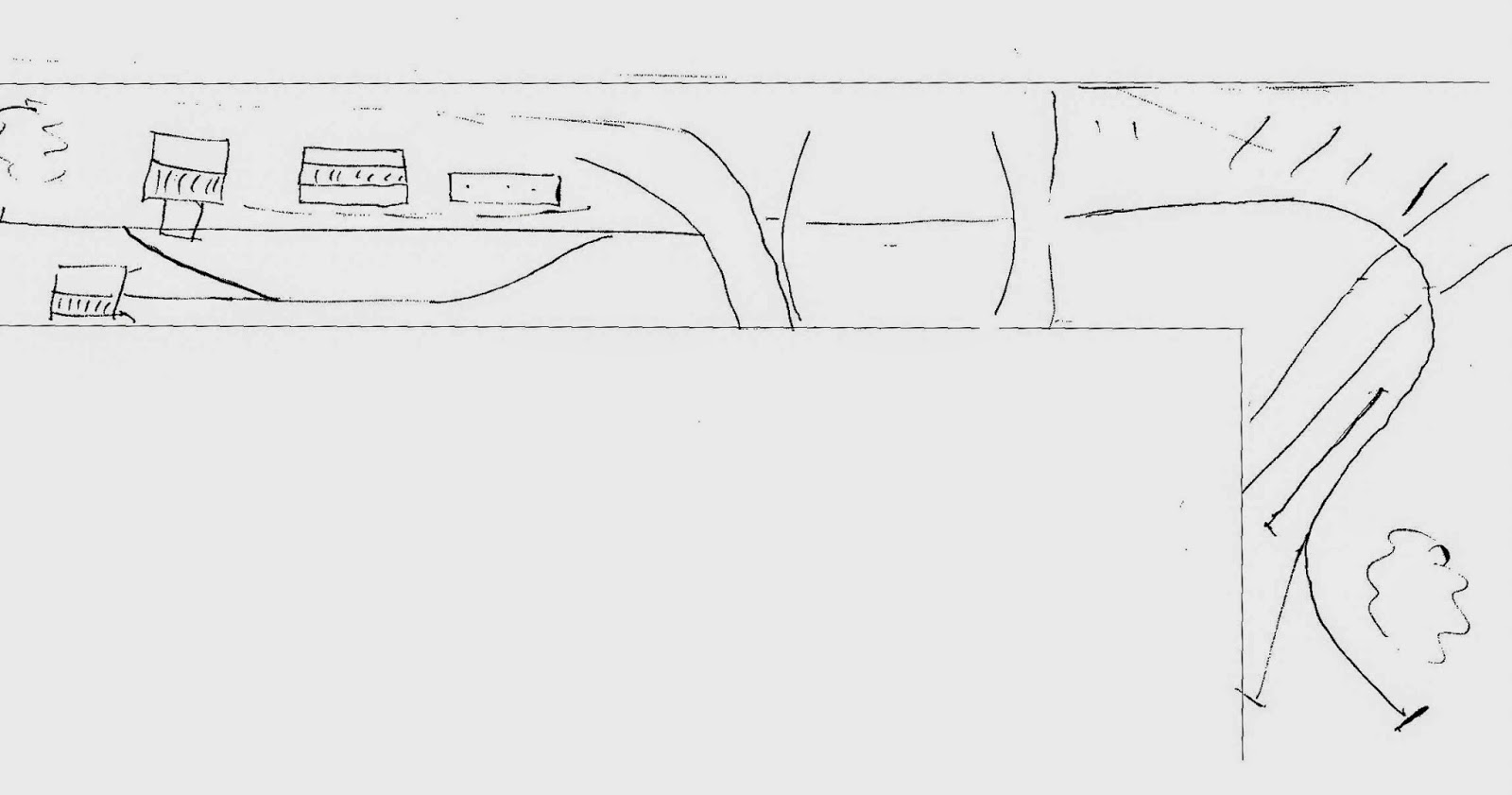 This didn't happen very often because for most of its existence the station and fiddleyard were in my flat in Bracknell whilst the other two boards were in the house in Herefordshire.

The layout was very firmly set in the Welsh borders. The station was supposed to be a mix  of  Llanfair  on the W&LLR and the Tanat Valley. The other boards were more heavily influenced by Roy Link's Crowsnest Tramway and were intended to be a mineral extension.

Given my miserable rate of progress evident on this blog it will shock you to learn that, whilst construction of the three boards was spread out over some time, each of them took just a weekend to build. One reason for that was that I had all the bits and pieces readily to hand. The house in Herefordshire had a large workshop that had originally been used to make musical instruments - the mandolin played by Mike Oldfield on Tubular Bells was made there - and that certainly speeded things up compared to today when it can take me an hour to unpack the things I need for a half hour modelling session.

The other aid to rapid construction was that I was using techniques that I knew inside out. Perhaps its age but every time I come to do something now it is like I'm doing it for the first time again. In those days I would build a rake of OO9 wagon kits in an afternoon.

I also had the motivation of needing somewhere to run those lovely Paul Windle locos. They might not be up to finescale standards but at the time they were a revolutionary step forward. Using plasticard meant they were much crisper than the lumps of whitemetal we were used to, as evidenced by the Chivers Bagnall, and he managed to convert the Bachmann dock tank chassis into an effective outside framed chassis.

Passenger and freight stock was the usual selection of kits available on the market back then. not in any photos is the solitary coach, which was a Parkside Dundas VoR bogie coach, and the larger wagins which were mostly from the W&LLR.

The engine shed was scratch built, but the goods shed was the standard Wills store with an added canopy. The station building was, I think a Heljan kit but I've never been able to find another one since.

Scenery was dreadfully conventional and the only point worthy of mention is that across the whole layout I tried to use a very limited palette of colours. Track was Peco, the last time I used it before starting to build my own.

Sadly the locos got "lost" in one of my many house moves around 14 years ago, and the boards themselves ended up in a skip at around the same time.