This was going to be a photo-report on my first trip to Scaleforum.

Unfortunately cumulative flight delays to and from Amsterdam meant that by Saturday there was no way I could face another day of travelling. I was beginning to feel a bit brighter on Sunday, but so was the weather which persuaded me both to clean out the garden shed and to re-visit the saga of the baseboard legs.

Fairly quickly it became apparent that what I thought was a design fault I'd built into both pairs of legs was actually a constructional fault that only affected the one pair and which was quickly rectified with a hammer and a screwdriver.

That still leaves me with the problem of adding stability to a high and narrow baseboard that needs to be assembled around existing furniture in my home office, and which can standalone without the baseboard in place. I suspect I might be on a fools errand, though I have a couple of ideas to try out still.

I also found the time to assemble the Tim Horn laser cut baseboard kit I bought with the tramway layout in mind. Not that it needed much time, it just fell together with minimal effort on my part.

Now the baseboards I've already built for the Art of Compromise are OK, but I'm beginning to think Tim's might be a better bet for long term use, if only because they are deeper and the alignment between boards is so well thought out. My tramway plan might also need a bigger board if I adopt the plan so that the trams never need to reverse, avoiding the trolley pole and the driver position being out of synch.

The reason I built my own boards in the first place is because my slight variation on the design meant the turnout to the coal staithes siding would be right over a baseboard join if I used 3ft long boards. 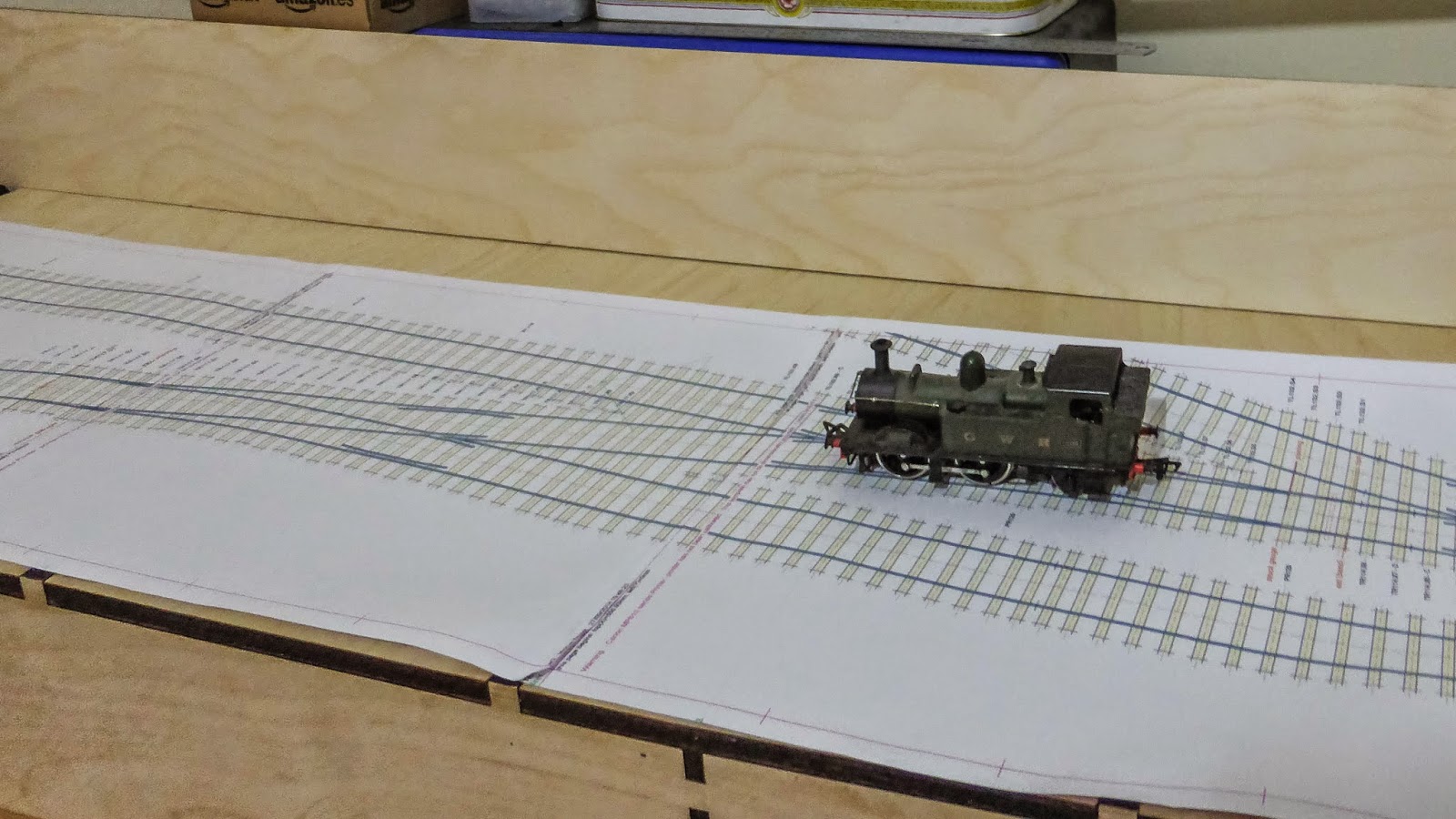 But having rethought the design I think it works best as Roy first drew the plan, which means that 3ft boards aren't an issue. The trouble is that means returning to the arcane universe of Templot to make the revisions, 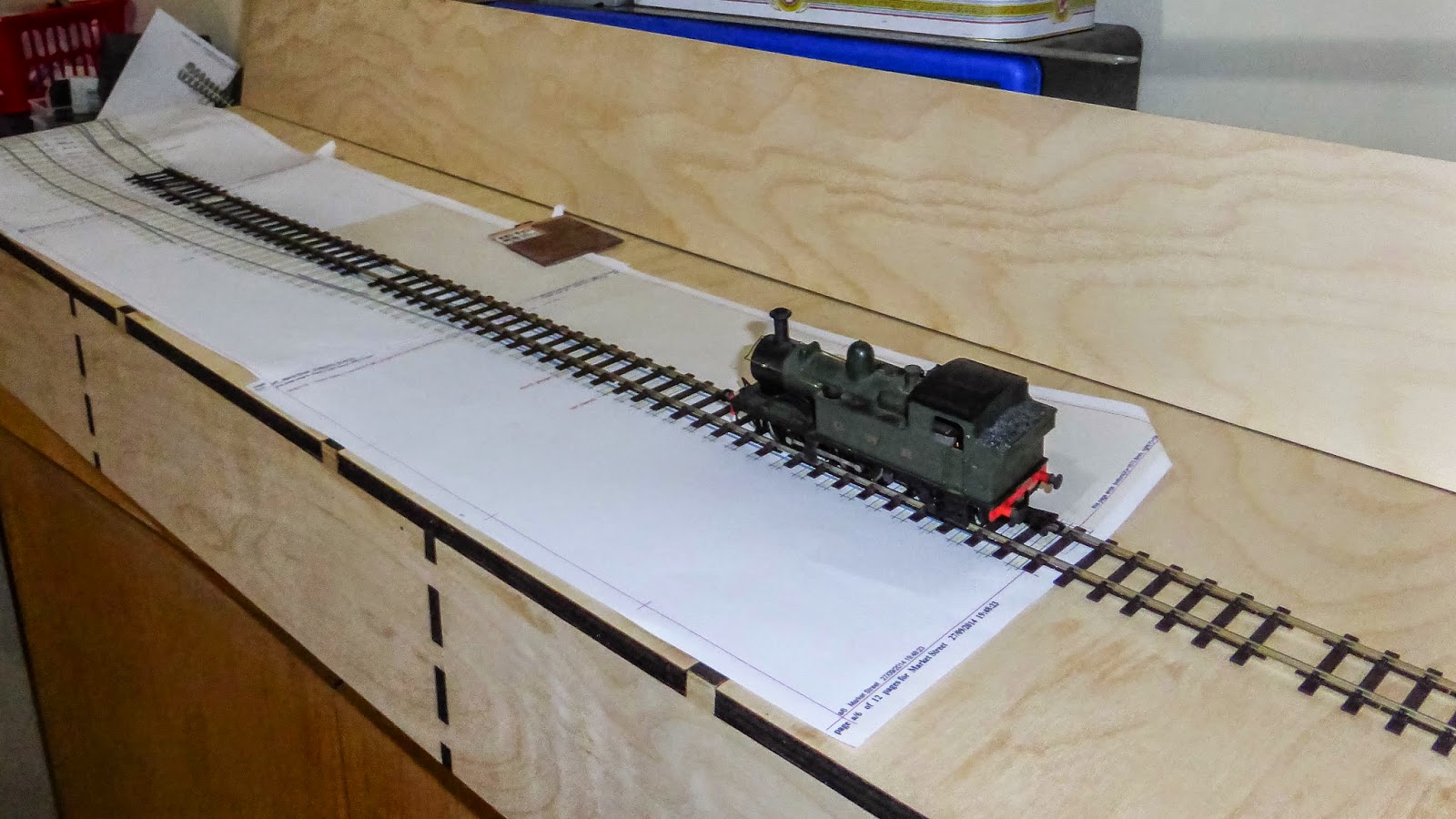 The photos feature one of my Airfix 14XXs. The good news is that the Ultrascale EM gauge wheelsets for it arrived last week.

The bad news is today an email arrived from Mainly Trains to say they no longer stock the 14XX detailing pack, or the chassis to fit the GEM Cambrian 2-4-0T.

Both bits of news are a very serious blow to my plans.